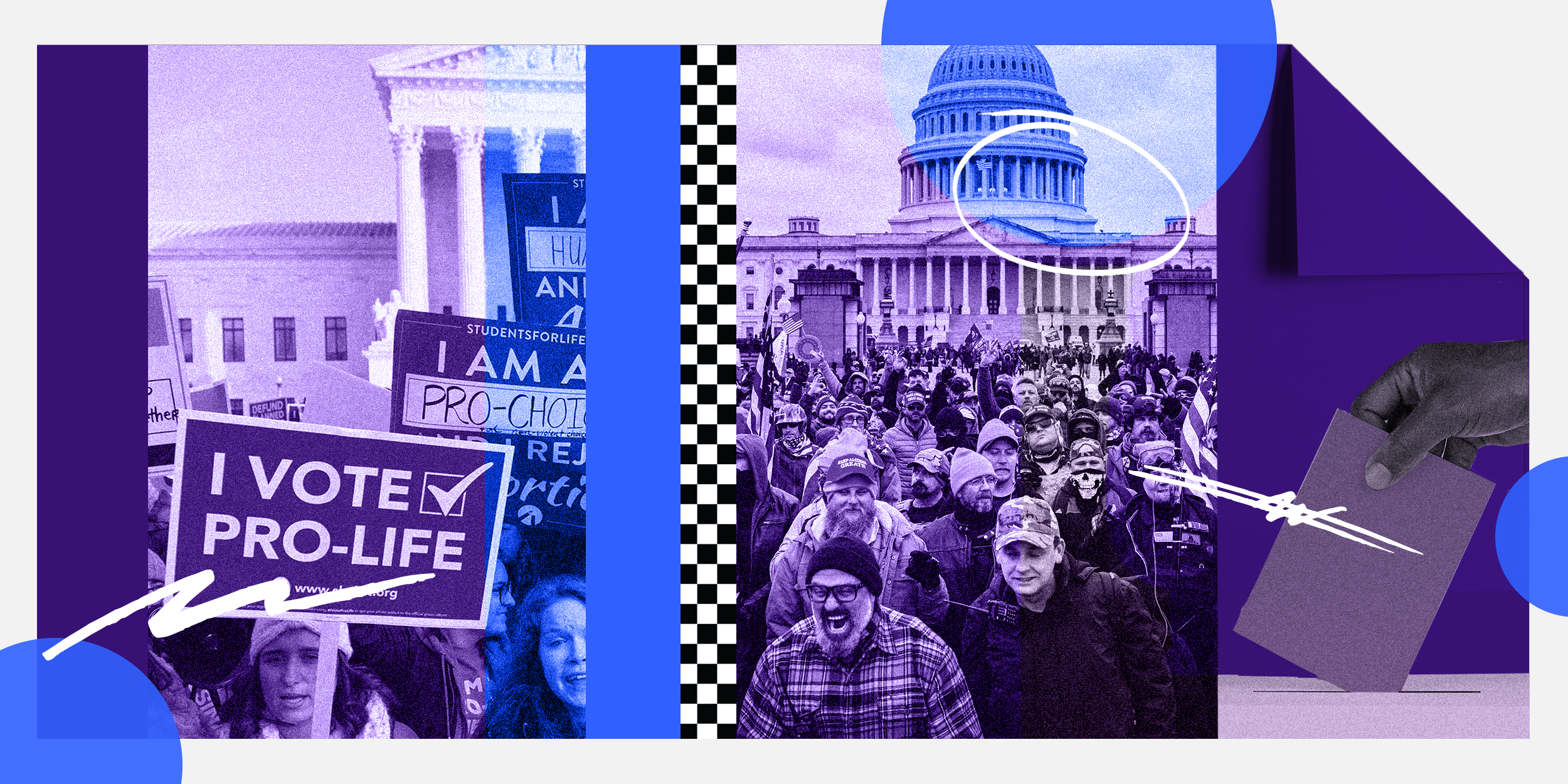 In 2021, a historic spate of regressive voter suppression and anti-abortion legislation has made the reality of American fascism all the more clear: It’s on the rise.

Laws designed to curb and control Americans’ rights to vote and receive adequate medical care are being introduced across the country, and collectively, they are restrictions that show the Republican Party is realizing its anti-democratic vision.

The Guttmacher Institute, which focuses on research and policy related to sexual and reproductive health, reported in July that there have also beenmore restrictive abortion laws passed in 2021 than any year since the Supreme Court legalized abortion nationwide in 1973.

The concurrence of these efforts — to drastically curb voting and restrict access to abortion — is not a coincidence. These bills are hardening fascism in America, using a combination of nationalism, religion and potential violence to disempower marginalized Americans.

Texas’s Senate Bill 8 outlaws abortions as early as six weeks into pregnancy, and it gives every Texan a $10,000 incentive to investigate — effectively stalk — people receiving abortions and anyone who assists them. In a state as enthusiastic about guns as Texas, there is little doubt these vigilante investigations could become interrogations — or worse.

Similarly, Texas is among several states that have passed voter suppression bills granting partisan poll watchers more freedom to observe voters they claim are voting illegally, as well as anyone who assists.

Republican hypocrisy over voting rights and abortion are the best evidence that their raft of conservative bills curbing the two are more about control than patriotism, religion or protecting the sanctity of life.

We cannot afford to take proselytizers at their word simply because they say their acts are out of goodness and godliness.

As voting rights activists have noted, several Republicans who won states Trump lost in 2020 have claimed the presidential race was somehow fraudulent while their personal races were perfectly legal.

Abortion rights activists have noted Republican hypocrisy, pointing to many of the most fervent donors and lawmakers who have publicly opposed abortions yethave also sought abortions for their own sexual partners in order to cover up extramarital affairs.

Republicans and the self-proclaimed religionists steering the party have had ample opportunity to show they value all life, and they have failed miserably. For example, many white evangelicals leading the conservative movementhave shown support for the deadly, pro-Trump, anti-democratic insurrection that unfolded at the U.S. Capitol on Jan. 6. And many others haveadopted dangerous conspiracy theories centered on returning Trump to power.

We cannot afford to take proselytizers at their word simply because they say their acts are out of goodness and godliness. And even when we trust they are acting in accordance with their faith, we can’t trust their interpretation.

When a political party supports democracy only when they win, the system they’re supporting isn’t actually a democratic one. If — as is the case — repressed women appear in the Bible far more often than abortion does, we shouldn’t be made to believe the largely white, largely Christian, largely male-driven quest to restrict abortion access for others is actually about protecting the sanctity of life.

In truth, their mission is far more sinister.