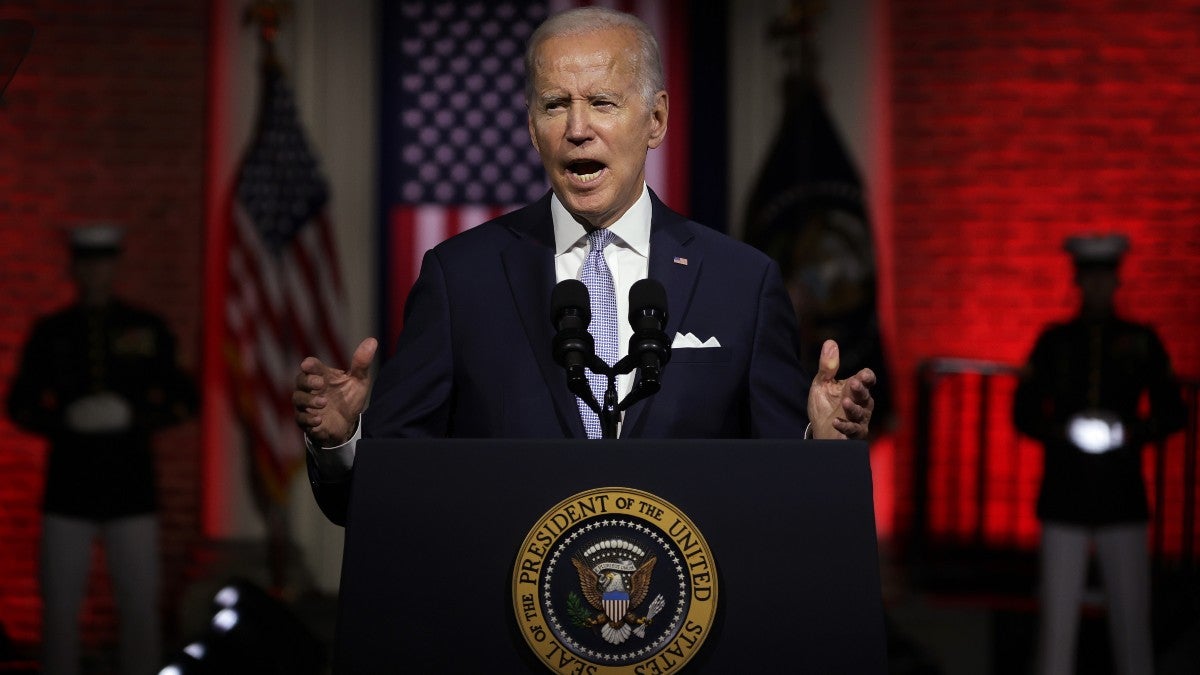 In a rare primetime address on Thursday, President Joe Biden warned the country that “MAGA Republicans” are threatening to undermine US Democracy.

But his message was tuned-out by all the major networks and Fox News, which declined to interrupt scheduled programming. CNN carried the remarks live.

“We’ve reassured ourselves that American Democracy is guaranteed,” Biden said in the address. “But it is not. We have to defend it. Protect it. Stand up for it. Each and every one of us.”

Speaking from outside Independence Hall in Philadelphia, Biden said he chose the historic location for his address because it is where “the founding fathers wrote the US Constitution and declared independence in 1776.”

While Biden spoke, Fox News’ Tucker Carlson accused the president of pushing for a partisan advantage ahead of the midterms. Carlson then launched into a scathing attack on the character of the president and his family.

“Imagine for a moment, something probably never done before, but imagine for just a second that you are Joe Biden,” Carlson said. “You have spent your entire life in politics. You’ve ascended to high office, but in fact, you have achieved very little. As political careers inevitably do, yours is ending in bitterness and failure. You sacrificed your entire life to personal ambition, but you have nothing to show for it. You have no close friends. Your family is in tatters.”

Biden’s speech was intended to deliver a stark warning to the country: “There’s no question that the Republican Party today is dominated, driven and intimidated by Donald Trump and the MAGA Republicans. And that is a threat to this country.”

He urged Republican voters to reject Trumpism, adding that “history tells us a blind loyalty to a single leader and a willingness to engage in political violence is fatal to democracy.”

He said the midterm elections will be a “battle for the soul of the nation.”

Rep. Kevin McCarthy, the Republican leader in the House of Representative, delivered remarks after Biden’s statement, saying the president is the one who has “launched an assault on our democracy” by severely wounding “America’s soul.”

“Joe Biden is right: Democracy is on the ballot in November,” McCarthy said. “And Joe Biden and the radical left in Washington are dismantling Americans’ democracy before our very eyes.”

A new poll in the Wall Street Journal, meanwhile, shows that Biden and the Democrats have seen an improvement in their ratings since March.

According to the poll, Democrats hold a slight edge over Republicans, 47% to 44%