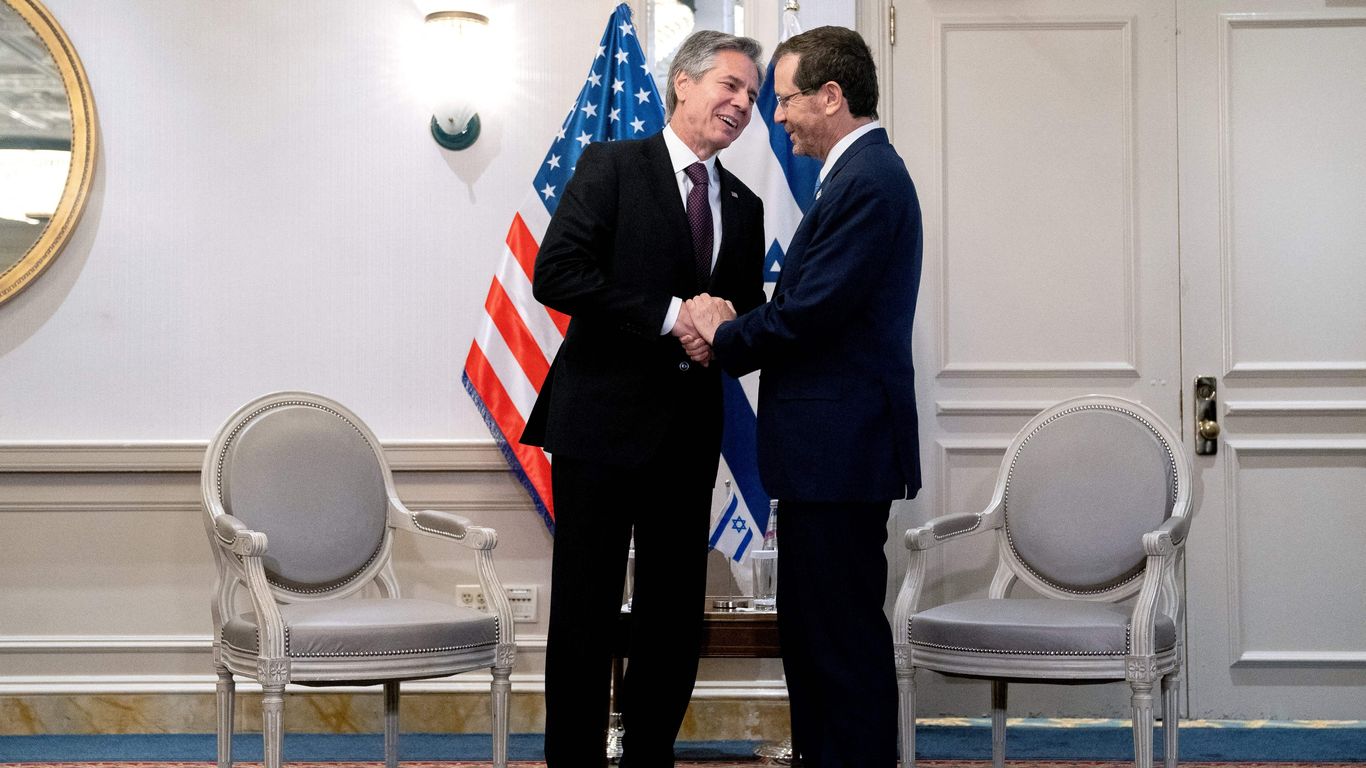 “Calm down”: Israel’s Herzog tries to ease U.S. concerns about radical right ahead of elections

“Calm down”: Israel’s Herzog tries to ease U.S. concerns about radical right ahead of elections

During his visit to Washington earlier this week, Israeli President Isaac Herzog tried to ease the Biden administration’s concerns about the expected rise of the radical right in the upcoming elections and asked U.S. officials to wait until the government is formed before jumping to conclusions, five Israeli and U.S. officials told Axios.

Why it matters: The Biden administration is concerned that if opposition leader Benjamin Netanyahu wins Tuesday’s elections, he will form a government with extreme right-wing parties and Jewish supremacists, including Itamar Ben Gvir and Bezalel Smortich, will be made senior ministers and be part of the security cabinet.

State of play: Netanyahu will need the support of Ben Gvir, who was convicted in 2007 of supporting a terror organization and inciting racism, and Smotrich, who has a history of making racist remarks about Arab citizens of Israel, in order to form a government if his right-wing bloc wins a 61-seat majority in the Knesset.

Behind the scenes: Israeli and U.S. officials said both Secretary of State Tony Blinken and White House National Security adviser Jake Sullivan in their meetings with Herzog this week raised the administration’s concerns about the potential inclusion of extreme right-wing politicians in a future Israeli government.

Three Israeli officials told Axios that during his meetings with Blinken and Sullivan, Herzog explained in detail the process that will take place after the voting is over and until a new government is formed. Herzog stressed it is a long process and that several weeks could pass before it’s clear what kind of government will be sworn in.

What they’re saying: A State Department spokesperson said they “are not going to comment on our private, diplomatic discussions.”

Worth noting: Israeli and U.S. officials said that the Israeli elections were not discussed during Herzog’s meeting with Biden.