Do We Need a Theory of Everything?

Do We Need a Theory of Everything?

I get constantly asked if I could please comment on other people’s theories of everything. That could be Garrett Lisi’s E8 theory or Eric Weinstein’s geometric unity or Stephen Wolfram’s idea that the universe is but a big graph, and so on. Good, then. Let me tell you what I think about this. But I’m afraid it may not be what you wanted to hear.

Before we start, let me remind you what physicists mean by a “Theory of Everything.” For all we currently know, the universe and everything in it is held together by four fundamental interactions. That’s the electromagnetic force, the strong and the weak nuclear force, and gravity. All other forces that you are familiar with, say, the van der Waals force, or muscle force, or the force that’s pulling you down an infinite sequence of links on Wikipedia, these are all non-fundamental forces that derive from the four fundamental interactions. At least in principle.

This whole idea of a theory of everything is based on an unscientific premise.

Now, three of the fundamental interactions, the electromagnetic and the strong and weak nuclear force, are of the same type. They are collected in what is known as the standard model of particle physics. The three forces in the standard model are described by quantum field theories which means, in a nutshell, that all particles obey the principles of quantum mechanics, like the uncertainty principle, and they can be entangled and so on. Gravity, however, is described by Einstein’s theory of General Relativity and does not know anything about quantum mechanics, so it stands apart from the other three forces. That’s a problem because we know that all the quantum particles in the standard model have a gravitational pull. But we do not know how this works. We just do not have a theory to describe how elementary particles gravitate. For this, we would need a theory for the quantum behavior of gravity, a theory of “quantum gravity,” as it’s called.

We need a theory of quantum gravity because general relativity and the standard model are mathematically incompatible. So far, this is a purely theoretical problem because with the experiments that we can currently do, we do not need to use quantum gravity. In all presently possible experiments, we either measure quantum effects, but then the particle masses are so small that we cannot measure their gravitational pull. Or we can observe the gravitational pull of some objects, but then they do not have quantum behavior. So, at the moment we do not need quantum gravity to actually describe any observation. However, this will hopefully change in the coming decades. I talked about this in an earlier video.

Besides the missing theory of quantum gravity, there are various other issues that physicists have with the standard model. Most notably it’s that, while the three forces in the standard model are all of the same type, they are also all different in that each of them belongs to a different type of symmetry. Physicists would much rather have all these forces unified to one, which means that they would all come from the same mathematical structure.

In many cases that structure is one big symmetry group. Since we do not observe this, the idea is that the big symmetry would manifest itself only at energies so high that we have not yet been able to test them. At the energies that we have tested it so far, the symmetry would have to be broken, which gives rise to the standard model. This unification of the forces of the standard model is called a “grand unification” or a “grand unified theory,” GUT for short.

What physicists mean by a theory of everything is then a theory from which all the four fundamental interactions derive. This means it is both a grand unified theory and a theory of quantum gravity.

This sounds like a nice idea, yes. But. There is no reason that nature should actually be described by a theory of everything. While we do need a theory of quantum gravity to avoid logical inconsistency in the laws of nature, the forces in the standard model do not have to be unified, and they do not have to be unified with gravity. It would be pretty, yes, but it’s unnecessary. The standard model works just fine without unification.

So this whole idea of a theory of everything is based on an unscientific premise. Some people would like the laws of nature to be pretty in a very specific way. They want it to be simple, they want it to be symmetric, they want it to be natural, and here I have to warn you that “natural” is a technical term. So they have an idea of what they want to be true. Then they stumble over some piece of mathematics that strikes them as particularly pretty and they become convinced that certainly it must play a role for the laws of nature. In brief, they invent a theory for what they think the universe should be like.

Nature clearly doesn’t give a damn what physicists think is pretty math.

This is simply not a good strategy to develop scientific theories, and no, it is most certainly not standard methodology. Indeed, the opposite is the case. Relying on beauty in theory development has historically worked badly. In physics, breakthroughs in theory-development have come instead from the resolution of mathematical inconsistencies. I have literally written a book about how problematic it is that researchers in the foundations of physics insist on using methods of theory development that we have no reason to think should work, and that as a matter of fact do not work.

The search for a theory of everything and for grand unification began in the 1980s. To the extent that the theories which physicists have come up with were falsifiable they have been falsified. Nature clearly doesn’t give a damn what physicists think is pretty math.

Having said that, what do you think I think about Lisi’s and Weinstein’s and Wolfram’s attempts at a theory of everything? Well, scientific history teaches us that their method of guessing some pretty piece of math and hoping it’s useful for something is extremely unpromising. It is not impossible it works, but it is almost certainly a waste of time. And I have looked closely enough at Lisi’s and Weinstein’s and Wolfram’s and many other people’s theories of everything to be able to tell you that they have not convincingly solved any actual problem in the existing fundamental theories. And I’m not interested to look any closer, because I don’t also want to waste my time.

But I don’t like commenting on individual people’s theories of everything. I don’t like it because it strikes me as deeply unfair. These are mostly researchers working alone or in small groups. They are very dedicated to their pursuit and they work incredibly hard on it. They’re mostly not paid by tax money so it’s really their private thing and who am I to judge them? Also, many of you evidently find it entertaining to have geniuses with their theories of everything around. That’s all fine with me.

I get a problem if theories that despite having turned out to be useless grow to large, tax-paid research programs that employ thousands of people, as it has happened with string theory and supersymmetry and grand unification. That creates a problem because it eats up resources and can entirely stall progress, which is what has happened in the foundations of physics.

People like Lisi and Weinstein and Wolfram at least remind us that the big programs are not the only thing you can do with math. So, odd as it sounds, while I don’t think their specific research avenue is any more promising than string theory, I’m glad they do it anyway. Indeed, physics can need more people like them who have the courage to go their own way, no matter how difficult.

The brief summary is that if you hear something about a newly proposed theory of everything, do not ask whether the math is right. Because many of the people who work on this are really smart and they know their math and it’s probably right. The question you, and all science journalists who report on such things, should ask is what reason do we have to think that this particular piece of math has anything to do with reality. “Because it’s pretty” is not a scientific answer. And I have never seen a theory of everything that gave a satisfactory scientific answer to this question.

Sabine Hossenfelder is a Research Fellow at the Frankfurt Institute for Advanced Studies where she works on physics beyond the standard model, phenomenological quantum gravity, and modifications of general relativity. If you want to know more about what is going wrong with the foundations of physics, read her book Lost in Math: How Beauty Leads Physics Astray.

Get the Nautilus newsletter

The newest and most popular articles delivered right to your inbox!

This post was originally published on Backreaction, Hossenfelder’s blog, and his reprinted with permission. 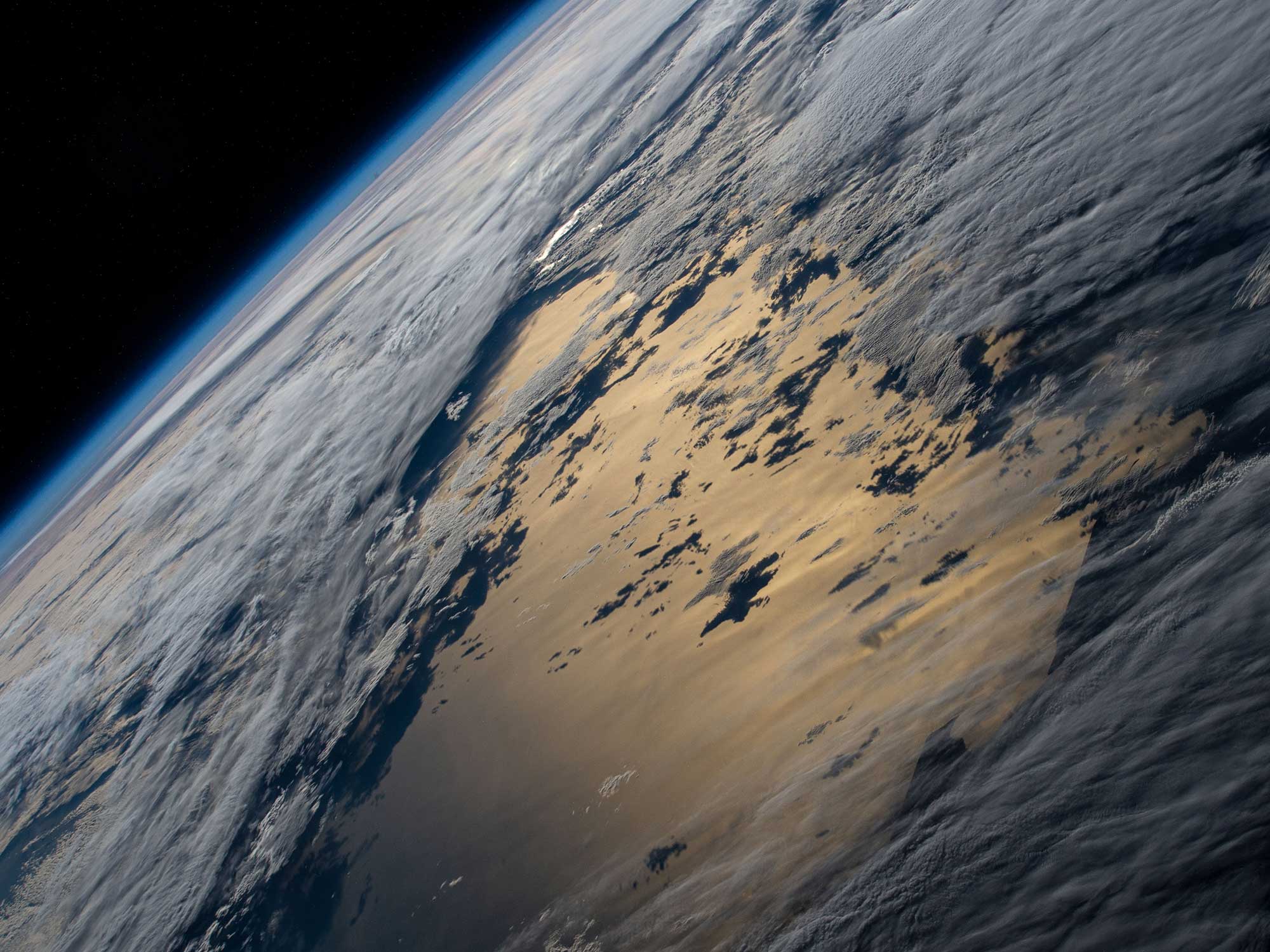