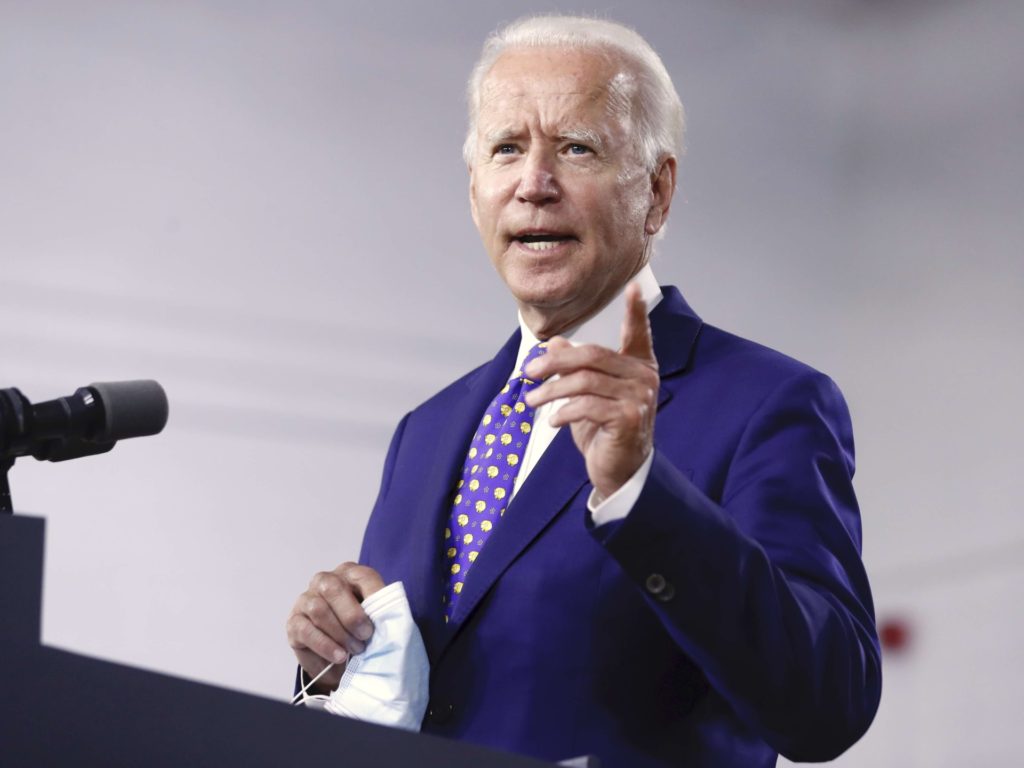 Former Vice President Joe Biden attacked “systemic racism” in a speech in Wilmington, Delaware, on Tuesday, as he described his campaign proposals to address racial inequality as part of his “Build Back Better” plan for America.

Biden took up the “systemic racism” mantra that has become ubiquitous on the left, and which has featured in protests during the nationwide protests that erupted after the killing of George Floyd in police custody in Minneapolis, Minnesota.

The former vice president proposed expanding federal targets for “contractors and subcontractors of color” to 15% (from 5%). He pledged “hundreds of billions of dollars” for infrastructure in black communities, and a “new small business opportunity fund” to promote investment in “black and brown small businesses.”

Biden also spoke about his proposals for criminal justice reform, something President Donald Trump has made a focus — and a sharp reversal of Biden’s support for the tough approach he had referred to recently as the “1994 Biden Crime Bill.”

The former vice president also appeared to respond to criticism that he had not condemned ongoing riots: “I said from the outset of the recent protests that there is no place for violence or destruction of property. Peaceful protesters should be protected, and arsonists and anarchists should be prosecuted,” he said.

Joel B. Pollak is Senior Editor-at-Large at Breitbart News and the host of Breitbart News Sunday on Sirius XM Patriot on Sunday evenings from 7 p.m. to 10 p.m. ET (4 p.m. to 7 p.m. PT). His new book, RED NOVEMBER, tells the story of the 2020 Democratic presidential primary from a conservative perspective. He is a winner of the 2018 Robert Novak Journalism Alumni Fellowship. Follow him on Twitter at @joelpollak.