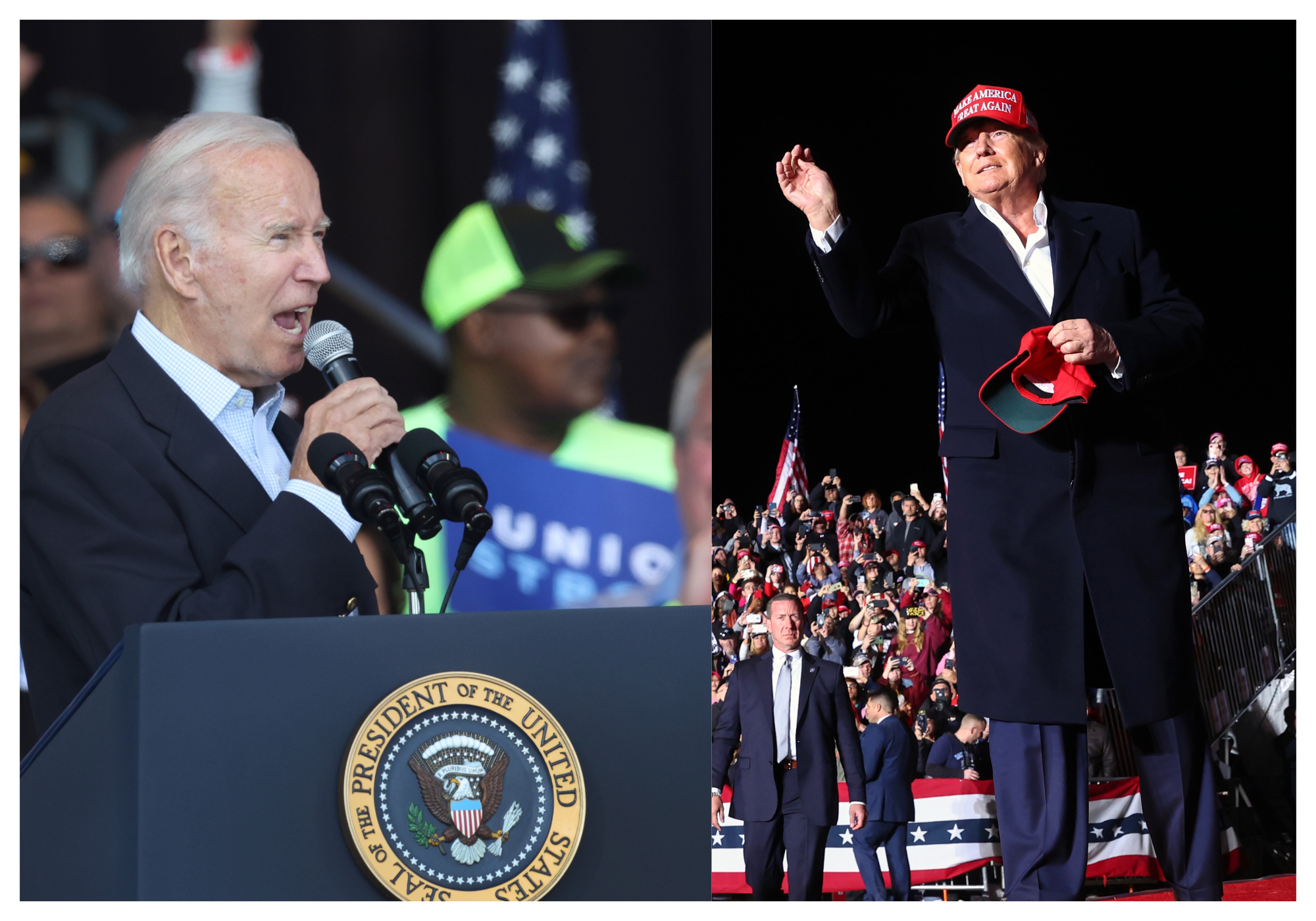 President Joe Biden has again slammed “MAGA Republicans” as a threat to democracy, less than a week after facing criticism for delivering a fiery speech condemning former President Donald Trump and his most loyal supporters.

Biden warned that Trump-supporting Republican extremists could set the country on a “sliding path to oblivion” during a Labor Day speech in West Mifflin, Pennsylvania, on Monday. The president said that the former president wants to force the country to “look backwards,” while blasting Trump and his “extreme” supporters for refusing to accept Trump’s 2020 presidential election loss.

“One of the things that is clear to me is that this new group headed by a former president, a former defeated president, we found ourselves in a situation where we’re either gonna look forward or look backwards,” Biden said. “And it’s clear which way [Trump] wants to look. It’s clear which way the new MAGA Republicans are. They’re extreme.”

Biden went on to say that “Trump and the MAGA Republicans” had already “made their choice” about the direction of the country. He said that the rest of the U.S. had to choose between an opportunity to “build a better America” or “continue down this sliding path to oblivion.”

The president made similar remarks about Trump and his loyalists during a speech in Milwaukee earlier in the day. During that speech, Biden stressed that “not every Republican is a MAGA Republican” and insisted that he was only speaking about those who embrace the “extreme ideology” of Trump.

Biden also took aim at a heckler who interrupted his speech in Milwaukee, telling his booing audience to “let [the heckler] go” because “everybody’s entitled to be an idiot.”

During a speech in Philadelphia last week, Biden said that MAGA Republicans present threats against “the pursuit of justice, the rule of law [and] the very soul of this country.”

On the following day, he told reporters that he did not “consider any Trump supporter to be a threat to the country” and was instead speaking of the threat posed by those who would use violence to overturn legitimate election results.

The president’s comments quickly prompted backlash from Trump supporters and the former president himself, who claimed that Biden had “threatened America” and “must be insane.”

Trump continued to lash out at Biden’s speech during a rally in Pennsylvania on Saturday, calling it “the most vicious, hateful and divisive speech ever delivered by an American president” and accusing the current president of being “an enemy of the state.”