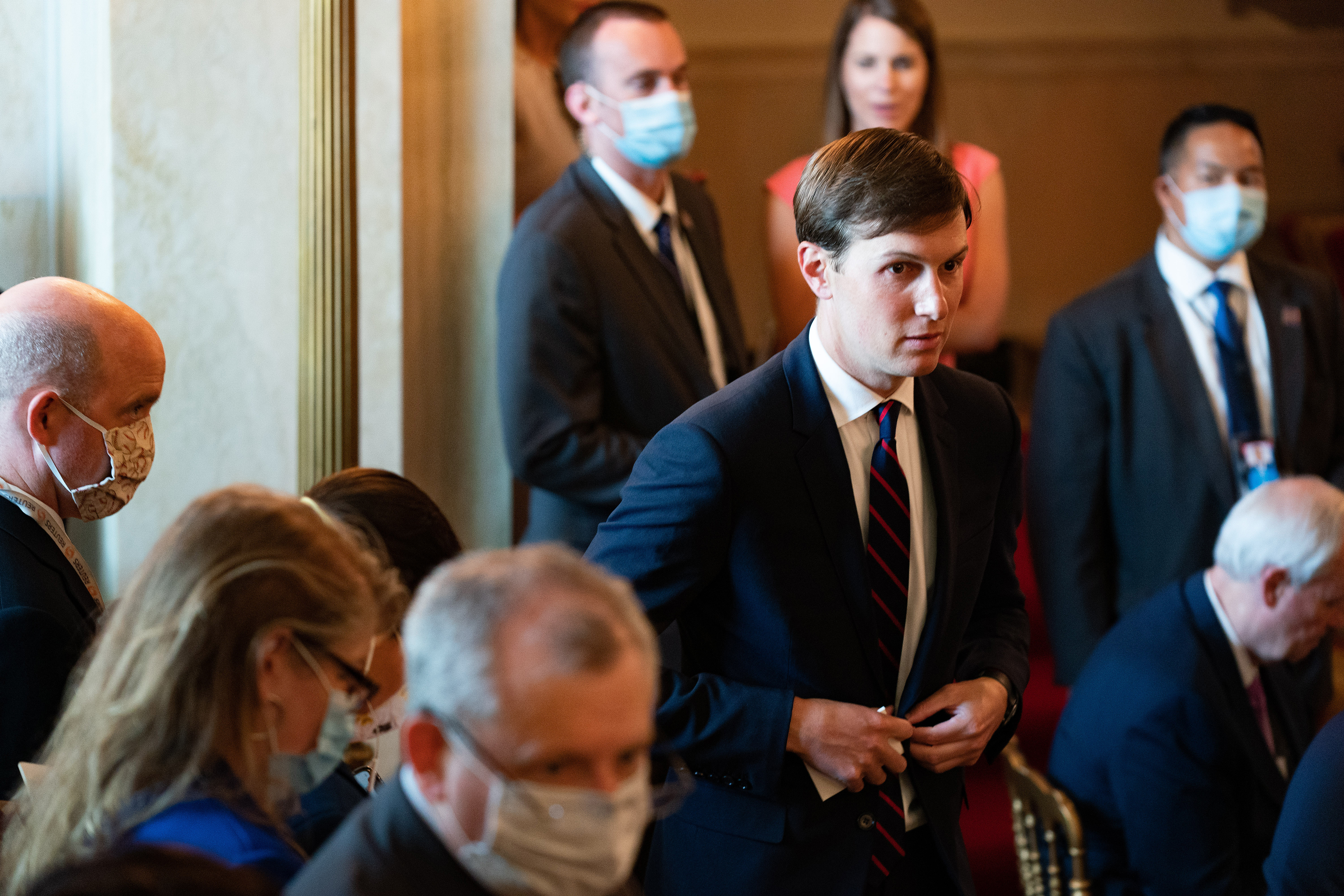 There are many people in this country who are trapped in bad jobs, ranging from dangerous to exhausting to simply boring, by their financial realities. In the United States, being anything less than pretty darn rich is a potentially perilous situation; if you get into an accident and end up on the wrong end of a huge medical bill, for example, even a decent amount of money saved up for a rainy day can evaporate overnight. If you lose your job, unemployment insurance might not cover the bills. If you have a baby, oh no, why did you do that? And if you make the stupid mistake of growing old, you might end up giving away your savings just to get into a Medicaid-funded nursing home.

All of these facts surely weigh on the minds of the many people in Washington whose jobs are unsavory or actually evil, particularly those who are still hard at work scrambling up the Baddy Ladder. Young people come to this town thinking they’ll make a difference and end up producing powerpoints for the Tuna Council of North America, but what are they supposed to do—quit? Equally, we are led to believe by endless leaks that there are many people within the Trump White House who are ever so worried by the president’s behavior, but nevertheless, they persist.

The death this morning of Herman Cain, the Islamophobic former Republican presidential candidate and guy who quoted the Pokémon movie in ending his campaign, may have prompted reconsiderations for these beleaguered White House staff. Jake Sherman, the author of Politico’s premier newsletter for Washington wankers, tweeted not long after the announcement of Cain’s death that his team was receiving intel from “deep inside the Trump administration” that aides “feel like they cannot work safely during COVID, and are being told not to wear masks.”

Cain had attended Trump’s flop of a rally in Tulsa, Oklahoma, where he was captured by photographers maskless and surrounded by others. As recently as yesterday, posts on his Twitter feed raised skepticism about the coronavirus. A deleted tweet from Cain’s account before the rally read: “Masks will not be mandatory for the event, which will be attended by President Trump. PEOPLE ARE FED UP!” Multiple Trump staff members also tested positive for the coronavirus after the rally. But it’s not just that single potential superspreader event threatening the staff: This week, national security adviser Robert O’Brien tested positive for the virus.

It’s easy to see how there may be political pressure inside the White House not to wear masks, working for a president who only recently and begrudgingly wore one in public. It’s equally easy to think that those psychotic enough to work for the Trump White House might really subscribe to the Louie Gohmert school of thought on the necessity of masks. Party leaders have spent the last month trying to row back their early skepticism, but local Republicans continue to spoil it all by doing things like comparing mask mandates to North Korean oppression. The rank and file is coming around to masks, but the party in Washington has long been more extreme than its members. It is far too easy to imagine that some twenty-something Benny Johnson clone with a White House badge has called his coworker a “masks simp” for putting one on in the office.

If members of the Trump White House feel unable to work safely during the Covid-19 pandemic, perhaps they should avail themselves of the options they have deemed satisfactory for the American people and quit their jobs. Sure, it’s a dice roll—quitting merely because the entire West Wing is a simmering soup of coronavirus particles and Axe body spray may make them eligible for unemployment, but it may not, and many are still waiting weeks on end to hear back about whether they’ve qualified. In the meantime, they may struggle to afford health insurance or pay their bills; they may have to move back in with their parents to do either.

Still, it’s fitting: This is the situation their government has created for tens of millions of Americans, whose situations have long been far more precarious than theirs. If the system is good enough for out-of-work baristas and retail workers, shouldn’t it be good enough for a Trump minion who fears being coughed on in the office? Maybe if they had obtained some first-hand experience in the first place, they would have discovered just how important that extra $600 a week is to many ordinary Americans.* It’s a real shame that it’s too late to make these discoveries now. If only there had been time for someone to do something.

* This piece originally pegged the unemployment benefit as $600 a month.