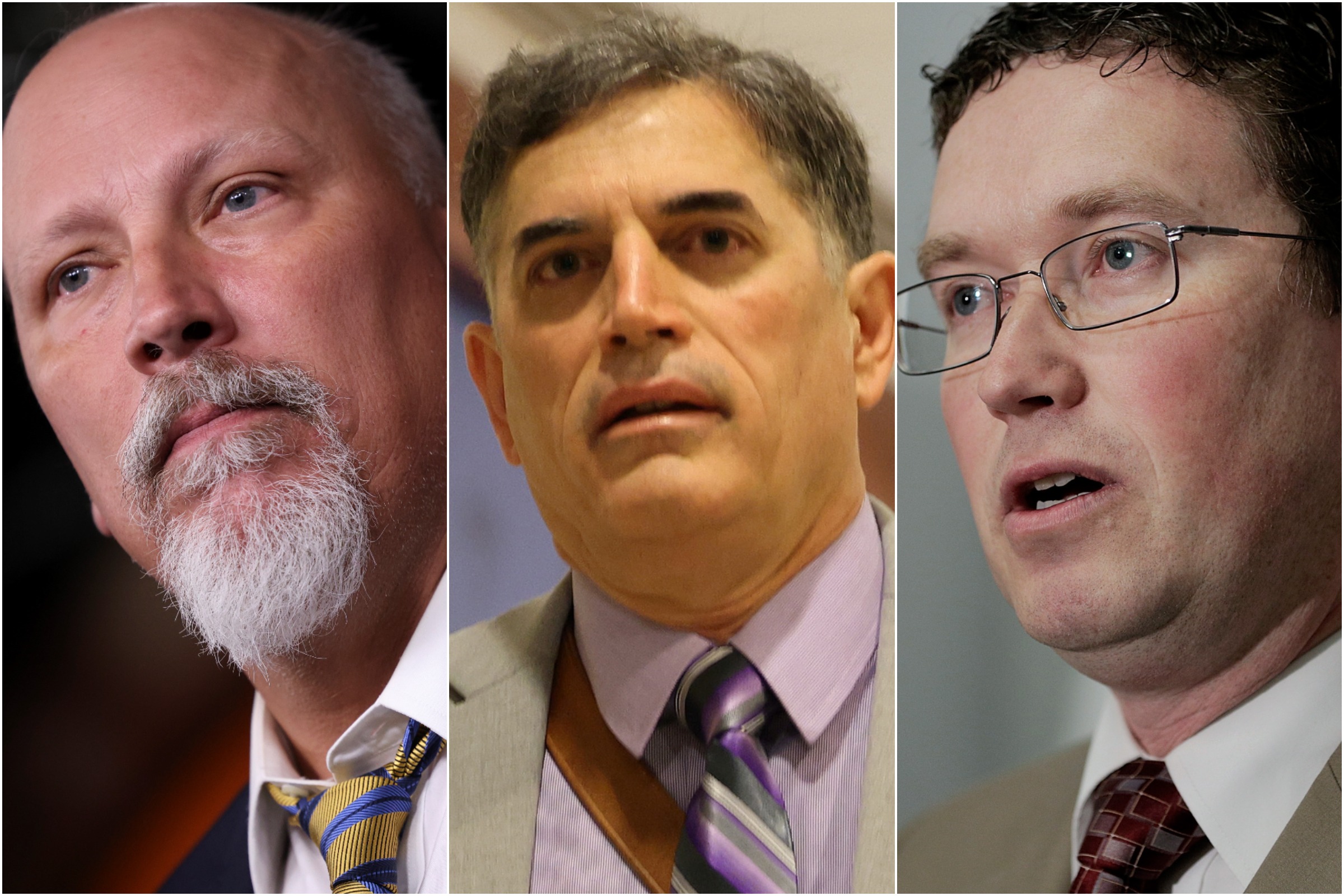 These Three Republicans Voted Against Making Lynching a Hate Crime

These Three Republicans Voted Against Making Lynching a Hate Crime

The House of Representatives has overwhelmingly passed a bill to make lynching a federal hate crime, with just three congressmen, all GOP members, voting against the proposal.

The Emmett Till Antilynching Act [HR 55], named after the Black 14-year-old who was murdered in Mississippi in 1955, was introduced by Rep. Bobby L. Rush.

The bill aims to amend section 249 of title 18 of the United States Code to specify lynching as a hate crime act and anyone who conspires to commit such an act resulting in death or serious bodily injury shall be punished by up to 30 years in jail.

The bill passed in a Monday night vote by 422 votes to 3. The only three lawmakers to vote “no” on the Emmett Till Antilynching Act were Republican Reps. Andrew S. Clyde (GA), Thomas Massie (KY) and Chip Roy (TX).

In a series of tweets following the vote, Massie explained why he voted against the bill to make lynching a federal hate crime.

“The Constitution specifies only a handful of federal crimes, and leaves the rest to individual states to prosecute,” Massie said.

“This bill expands current federal ‘hate crime’ laws. A crime is a crime, and all victims deserve equal justice. Adding enhanced penalties for “hate” tends to endanger other liberties such as freedom of speech.

“Lynching a person is already illegal in every state. Passing this legislation falsely implies that lynching someone does not already constitute criminal activity.”

Massie added that the bill creates another federal crime of “conspiracy,” which he has concerns could be “enforced overbroadly on people” who are not perpetrators of a crime.

Others said the bill to make lynching a federal hate crime, which was passed following after around 200 previous failed attempts by lawmakers to change current anti-lynching legislation, has been a long time coming.

“Today is a day of enormous consequence for our nation,” Rep. Rush said in a statement. “By passing my Emmett Till Antilynching Act, the House has sent a resounding message that our nation is finally reckoning with one of the darkest and most horrific periods of our history, and that we are morally and legally committed to changing course.

“I was eight years old when my mother put the photograph of Emmett Till’s brutalized body that ran in Jet magazine on our living room coffee table, pointed to it, and said, ‘this is why I brought my boys out of Albany, Georgia.’ That photograph shaped my consciousness as a Black man in America, changed the course of my life, and changed our nation.”

Rush added that “modern-day lynchings” such as the February 2020 murder of Black man Ahmaud Arbery in Georgia show that the “racist hatred and terror that fueled the lynching of Emmett Till lynching” are still present in the U.S. today.

House Speaker Nancy Pelosi said the passing of the bill was made possible by “generations of brave activists,” including Rush.

“Nearly seven decades later, the brutal murder of Emmett Till is forever seared into our collective memory,” Pelosi said.

“Sadly, hateful attacks are not yet a relic of the past: from the scourge of police violence to assaults on houses of worship. That is why the Democratic Congress is hard at work empowering our legal system with more tools to bring perpetrators to justice.”

Pelosi also called for the Senate to “take immediate action” and send the bill to President Joe Biden so it can be signed into law.