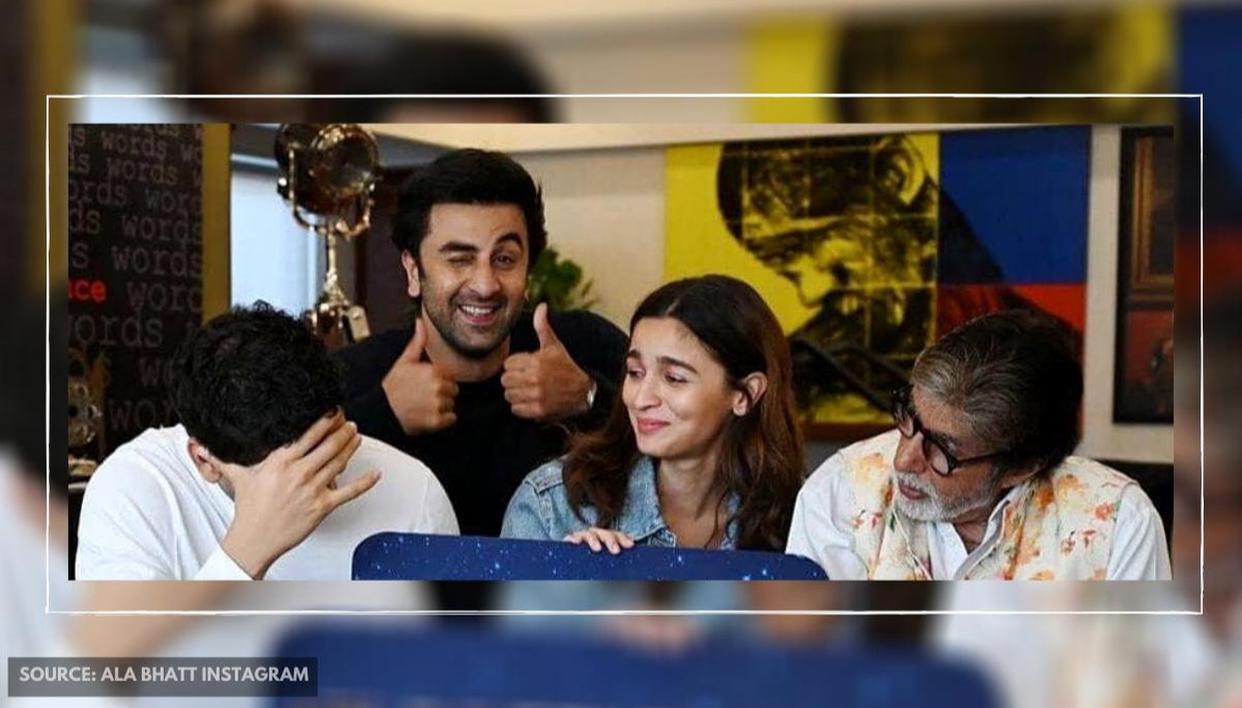 The Alia Bhatt and Ranbir Kapoor starrer ‘Brahmastra’, which was slated to hit the silver screen on December 4 this year, has now been reportedly pushed to 2021

Owing to the global COVID-19 pandemic, the Hindi film industry has come to a standstill. The on-going lockdown imposed to curb the rapid spread of the novel virus has compelled filmmakers to either push the theatrical release date of their upcoming films or resort with a direct-to-digital release. Ranbir Kapoor and Alia Bhatt’s highly-anticipated action fantasy, Brahmastra, which was slated to release on December 4 this year, has now been reportedly postponed to next year.

Brahmastra to not release in 2020?

With the COVID-19 scare taking over the country, the film industry is going through the toughest times ever. Film shoots have been stalled, while theatres remain shut with absolute uncertainty regarding the unprecedented situation going back to normalcy. Thus, although many movies have already been scheduled for an OTT release while some are still in talks about the same, only a few films will stick to a theatrical release.

One film that has been in the limelight lately is the Ayan Mukerji directorial Brahmastra. It has been reported that the film’s release has been pushed to 2021. According to reports of an online portal, before the nationwide lockdown was imposed in March 2020, a shooting schedule of 26 days was left. Now, the makers of the upcoming action fantasy are reportedly planning to head back to the sets in October, at Mumbai’s Film City. If the grapevines are to be believed, the director is contemplating working in two shifts, that is, 9 a.m. to 2 p.m. and 4 p.m. to 9 p.m. with minimal crew on sets.

A daily also reported that the crew will be different for both the shifts as they will abide by guidelines and safety protocols provided by the state government. The makers of the Alia Bhatt and Ranbir Kapoor starrer are planning on wrapping up Brahmastra’s shoot by December 2020 and are eyeing for a 2021 release.

However, these are mere reports and nothing has been officially announced yet. As per the current guidelines by Maharashtra government, individuals aged 65 and above are barred from sets due to safety reasons. Thus, the makers are hoping for the decision to get reversed following IMPPA’s petition to Bombay High Court so that Amitabh Bachchan can resume the shoot of the film as well after recovering from COVID-19.

Get the latest entertainment news from India & around the world. Now follow your favourite television celebs and telly updates. Republic World is your one-stop destination for trending Bollywood news. Tune in today to stay updated with all the latest news and headlines from the world of entertainment.