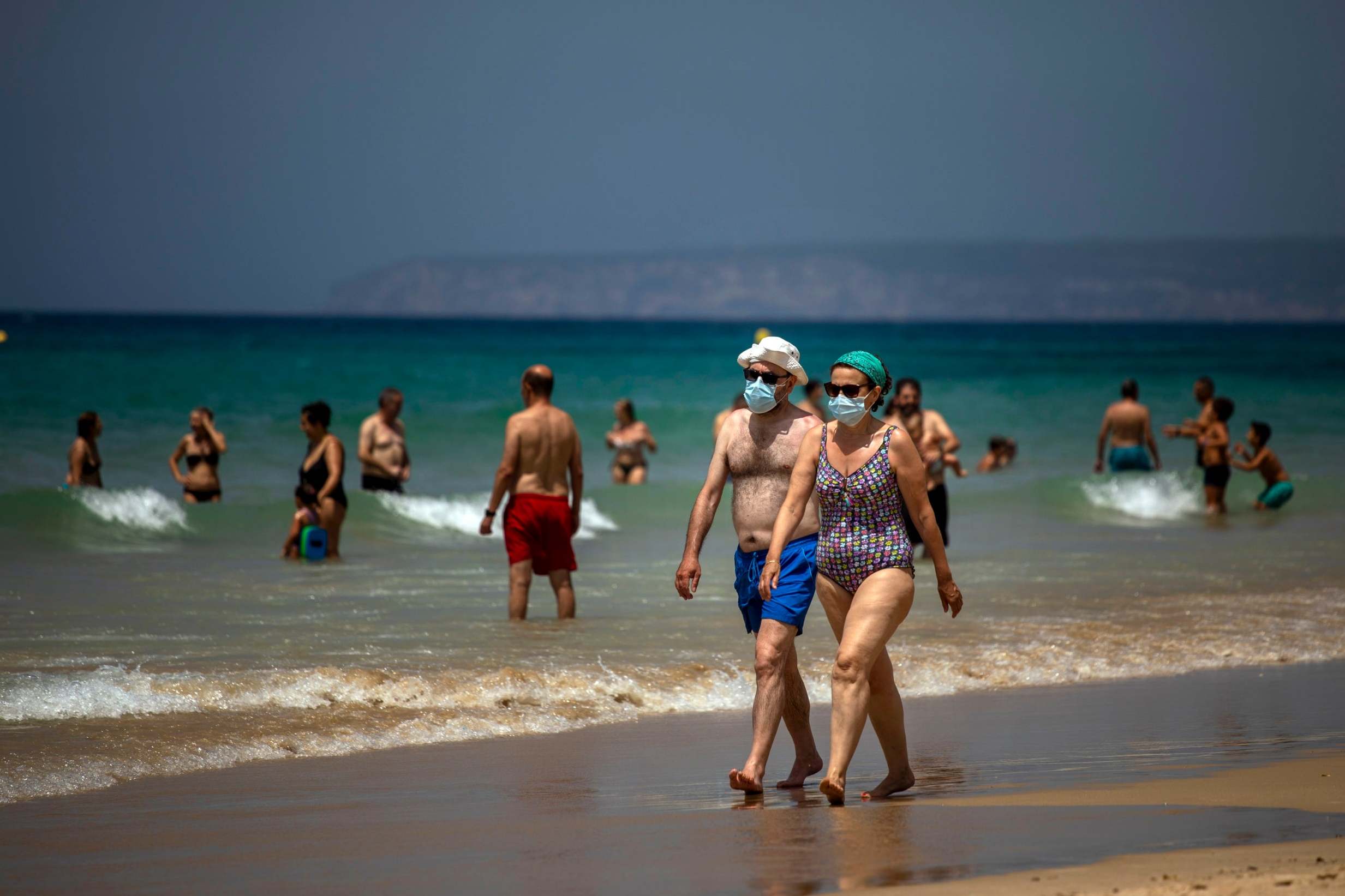 More European holidays could be thrown into disarray this summer with officials warning of possible new lockdowns in France and Germany.

British holidaymakers in Spain were left fuming after being told they must quarantine for 14 days when they return home following a spike in the number of coronavirus cases in the country.

The Government has stood by its decision to strike the popular holiday destination off the UK’s ‘safe list’, with Foreign Secretary Dominic Raab refusing to rule out rescinding further so-called travel corridors, warning there was “an element of uncertainty this summer if people go abroad”.

Officials in both France and Germany have now also warned of possible new lockdowns as parts of Europe braced for a second wave of Covid-19 infections, the Daily Telegraph reports.

A senior Government source told the newspaper: “It’s fair to say other countries could go back on the quarantine list. You can see the evidence of where spikes are happening and that does tend to be reflected in the travel advice.”

French health authorities said at the weekend that the country’s R-rate was up to 1.3 and new daily infections on Friday had risen to 1,130 – indicators resembling those seen in May, when France was coming out of its strict two-month lockdown.

Prime Minister Jean Castex said a second lockdown could not be ruled out and local measures would be imposed where the number of infections rises.

Meanwhile, Germany’s R rate rose above 1 to 1.08 on Saturday, up from 0.93 on Thursday, which health authorities have been tracing to large gatherings and returning travellers.

UK Government sources told the Guardian there were currently no plans for “air bridges” to be revoked with other European countries.

But health minister Helen Whately said the situation with other European holiday destinations was “under review”.

“We have to keep the situation under review and I think that is what the public would expect us to do,” she told Sky News when asked about Germany and France possibly being next to face a quarantine.

“If we see rates going up in a country where at the moment there is no need to quarantine, if we see the rates going up, we would have to take action because we cannot take the risk of coronavirus being spread again across the UK,” she said.

“That is exactly what we’ve done in Spain, so we are enacting the policy that we committed to doing.

“The rate was going up very rapidly in Spain and we had to take very rapid, decisive action.

“If we hadn’t taken that decisive action, I imagine you would be asking me ‘Why are there delays, why haven’t we taken robust action? We have taken decisive action.”

The decision to reimpose restrictions on Spain left holidaymakers frustrated, with some saying they would not have travelled if they knew they would have to spend a fortnight self-isolating afterwards.

Close to 1.8 million holidays were likely to have been thrown into chaos by the move, according to travel company The PC Agency, which analysed the number of seats booked on flights leaving the UK for Spain between July 26 and August 31.

Trips to France, Italy and Greece were being cancelled in “large numbers” following the ruling by ministers on Spain, the Times reports, which is a development likely to heap further pressure on an already under-strain travel sector.

Tour operator Tui said that, due to the change in the Government’s travel advice, it was cancelling all holidays to mainland Spain up to and including August 9.

Labour shadow health secretary Jonathan Ashworth criticised the Government’s handling of the affair, labelling it “frankly shambolic”, and called for financial support for those now forced to shut themselves away after their arrival home.

The quick turnaround on the decision meant Transport Secretary Grant Shapps, who is currently in Spain for his summer break, will join thousands of others in being forced to isolate for two weeks on his return to Britain.

Paul Scully, minister for London, will also have to quarantine after declaring on social media that he was on holiday in Playa Dorada, Lanzarote.

Spanish ministers revealed they were in talks with the UK about exempting the Canary and Balearic islands, which include Ibiza and Majorca, from the requirement to self-isolate for two weeks due to lower infection rates in those regions.

The Foreign Office guidance advising against all but essential travel to mainland Spain does not include the islands but ministers opted to apply blanket quarantine arrangements across the Spanish territories.

“Like in any other European country we are seeing outbreaks – the outbreaks in Spain are perfectly controlled.”