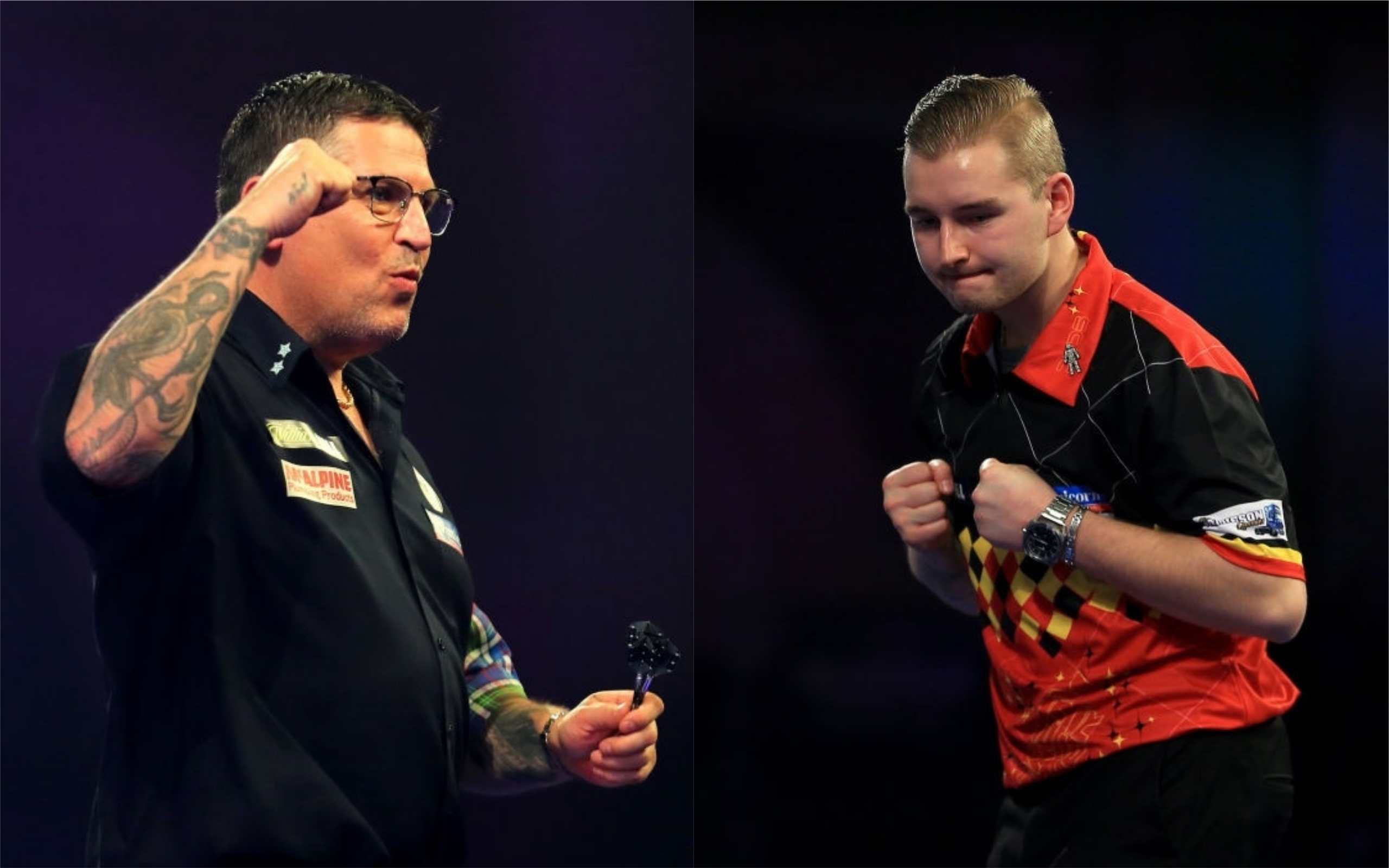 Gary Anderson is driving himself bonkers while Dimitri van den Bergh feels far too relaxed ahead of the unlikely World Matchplay final on Sunday.

Anderson lifted the Matchplay trophy just two years ago but arrived this year as eighth seed and not widely fancied, while the Belgian is on his debut in the tournament and caused a substantial shock just to escape the first round past Nathan Aspinall.

The Flying Scotsman was not at his brilliant best against Smith in the semi, but he still averaged 98 in the victory over the new world number four.

However, he has been struggling with his throw, not feeling comfortable with his action and he is still not happy despite working his way into the final.

Anderson has improved his average in each round so far and he may well have to again in the final against the Dream Maker who has been impressive throughout.

The Belgian debutant was the underdog against Duzza, but largely remained in control for the entire game, holding off a late fightback from the three-time BDO world champion.

Van den Bergh and Durrant are teammates at the Sportsman Management Company and the newcomer feels that made him too comfortable against the Englishman, hoping he will be more nervous in the final.

‘From the moment I woke up today until I was playing on that stage until the last double I wasn’t nervous.

‘I think it’s because I know Glen too well, that’s why I never got too nervous.

‘At the end I managed to win and I’m so proud of it, but I’ve got one more game to play and I’m not finished yet.’

This was Van den Bergh’s first major semi-final and he has followed it up with his first final, but he expects many more to come.

‘I’m onto the next step, I’m onto winning a final of a major tournament,’ said Dimitri.

‘I know it’s my first, but if it keeps growing like this, it will not be my last.’

The final is played at 8.30pm on Sunday at the Marshall Arena in Milton Keynes. live on Sky Sports.

For more stories like this, check our sport page.