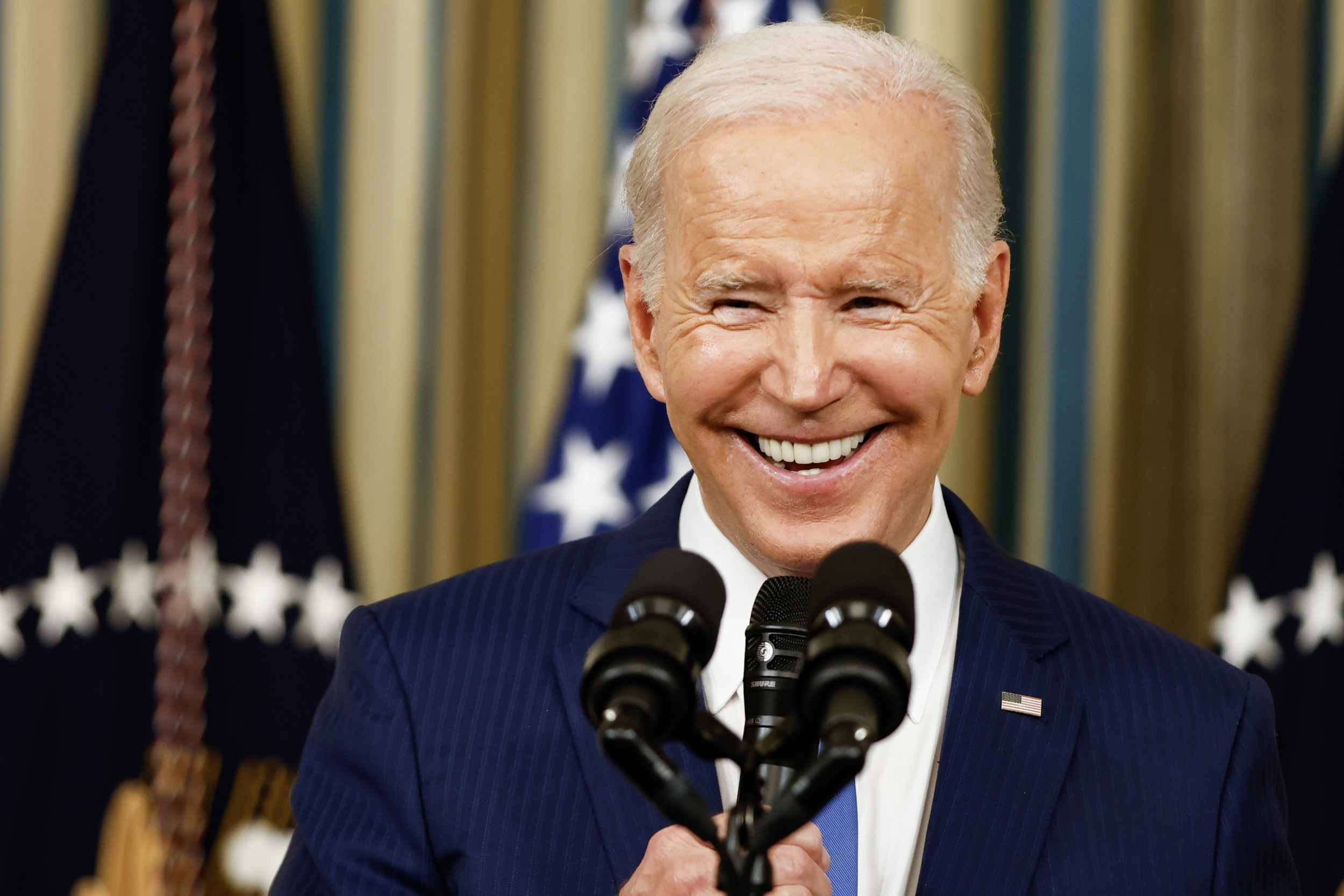 Inflation Drops Sharply in Another Win for Joe Biden, Democrats

Inflation Drops Sharply in Another Win for Joe Biden, Democrats

Leading up to election night, inflation and President Joe Biden’s economy were top of mind for many voters.

But after the electorate on Tuesday surprisingly rejected numerous Republican candidates who ran on the health of the economy (bucking decades of historical trends showing the economy directly tied to candidate performance), things are only looking up for the Biden White House entering the second half of the president’s first term.

On Thursday, the Bureau of Labor Statistics released October numbers showing the consumer price index (CPI)—the national measure for the general cost of living—had begun to stabilize after several months of steady growth over the previous spring and summer, offering an early hint that predictions by White House economists and Biden himself that the current period of inflation was “transitory” could potentially be true.

While the price of used cars remained volatile in October, the rate at which the cost of core goods (i.e. everything you can buy, minus food and energy) has increased, economists noted Thursday, had begun to fall in recent months, while national rent prices also appeared to begin declining.

And where inflation in the U.S. once outpaced Europe, recent trends have begun to show the U.S. now trending in the opposite direction—showing renewed optimism for the economy even as talk of an impending recession has remained a primary concern for many financial executives.

The 7.7 percent yearly inflation number reported by the U.S. Bureau of Labor Statistics Thursday morning outpaced the consensus forecast among economists heading into October by several tenths of a percentage point.

And while the CPI remained above the 2 percent growth target sought by the Federal Reserve, the recent numbers were received by many as a sign that once-hot trend lines for prices worldwide were beginning to cool.

“In sum, was a good month,” Jason Furman, a Harvard economist and a former adviser to President Barack Obama, tweeted Thursday morning. “We’ve had other good months that proved to be false dawns so the Fed (& all of us) should want to see another month or two like this. But is part of the slowing inflation that I have continually expected and been disappointed not to see. Maybe it’s here?”

While some online Thursday prognosticated easing inflation was directly correlated to Democrats’ ability to hold onto the Senate in the upcoming Georgia run-off election between Herschel Walker and Democrat Raphael Warnock, there are still worrying signs.

Where Democrats vastly outperformed expectations around the country, the highest regional inflation was seen in the hypercompetitive state of Arizona, where the Phoenix metropolitan area reported an inflation rate of 12.1 percent in Thursday’s numbers. Food at home remains high at 12.4 percent. And, as some economists told Newsweek, it’s not clear whether the U.S. economy is ready to emerge from the wilderness of the past 12 months as the Federal Reserve has raised interest rates and employed other mechanisms to cool the economy.

“Encouraging report for the Fed but doesn’t mean we see a change of plans/action from the Fed,” John Luke Tyner, portfolio manager and fixed income analyst at Aptus Capital Advisors, told Newsweek. “The Fed wants to see a series of month-on-month core numbers that annualize to something in the direction of 2 percent. The past three months still annualize to ~6 percent and the last two months annualize to 5.4. The report will probably cement a 50-basis point hike in December, as the Fed has expressed a desire for slowing unless we see a monster November jobs report / CPI report December 13th.”