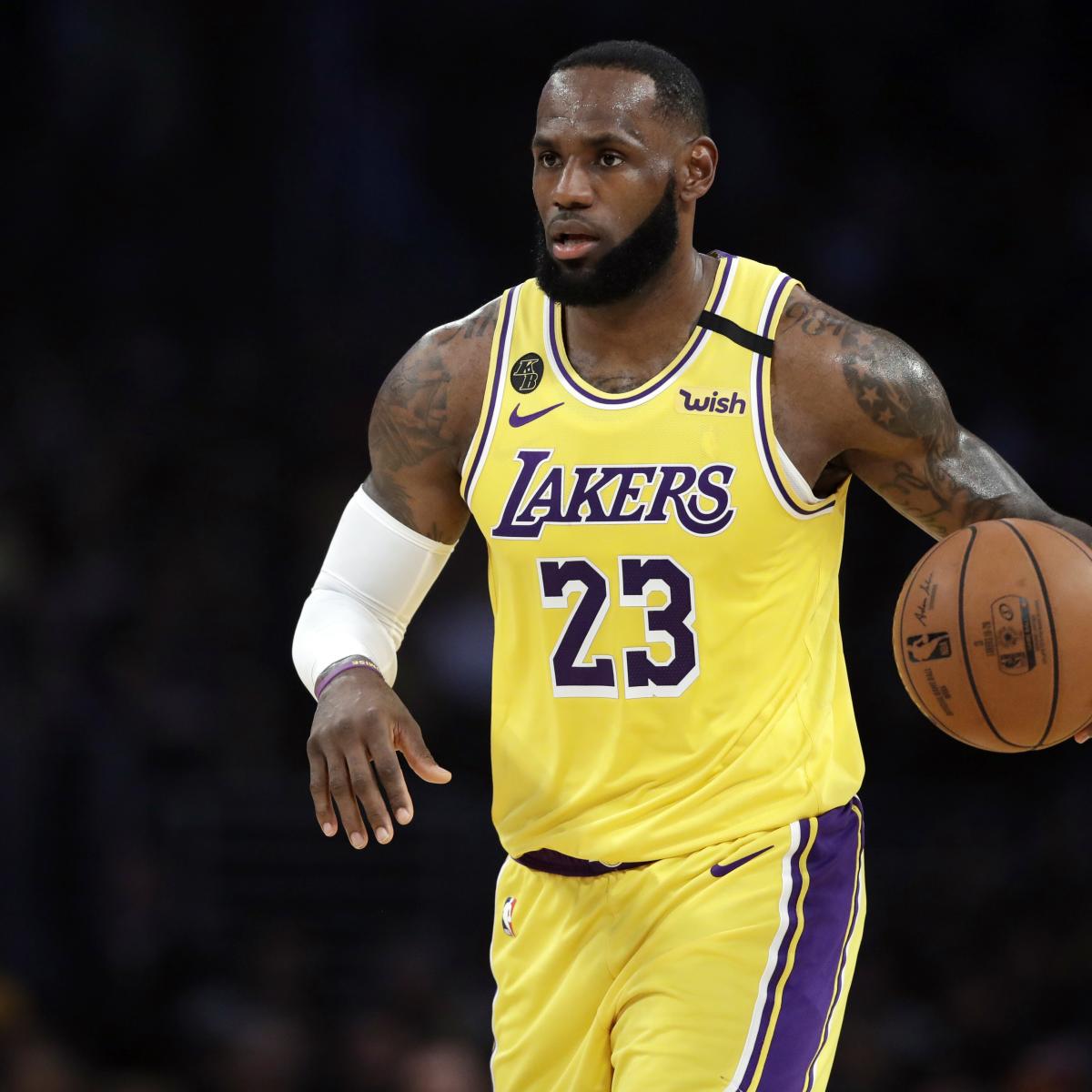 Lakers’ LeBron James on Normalcy in NBA Bubble: ‘Nothing Is Normal in 2020’

Lakers’ LeBron James on Normalcy in NBA Bubble: ‘Nothing Is Normal in 2020’

The bubble environment that NBA players find themselves in at the Walt Disney World Resort in Orlando for the league’s restart later this month is anything but normal.

But Los Angeles Lakers superstar LeBron James pointed out nothing else is normal about 2020, either:

Lakers’ LeBron James on adjusting to the @NBA bubble: “It’s 2020. Nothing is normal in 2020. Nothing seems as is and who knows if it will ever go back to the way it was.” https://t.co/q9xG7gflbf

Lakers’ LeBron James on the lessons of Rep. John Lewis: “Never be afraid of conflict. Good conflict, positive conflict, that can create change… He was such a legend. When you do the things you do while you’re living, your name will last forever.” https://t.co/6XnSQakFyq

The NBA restart itself is unprecedented, with 22 teams descending upon one location to finish a shortened regular season and full postseason four months after the COVID-19 pandemic halted the season. NBA players have been quarantined away from society and will be playing games without fans in attendance.

But it also comes at a time of great social unrest, between the gatherings that continue across the country in protest of police brutality and systemic racism in the wake of the killings of George Floyd and Breonna Taylor by police and the impending 2020 presidential election.

Many players will wear social justice messages like “Equality” or “Black Lives Matter” on the backs of their jerseys in lieu of their last names at the NBA restart. James isn’t one of them, saying earlier in July that he would have preferred to pick his own message rather than one from a preselected group of options agreed on by the NBA and NBPA:

“I actually didn’t go with a name on the back of my jersey. It was no disrespect to the list that was handed out to all the players. I commend anyone that decides to put something on the back of their jersey. It’s just something that didn’t really seriously resonate with my mission, with my goal.

On the court, the 49-14 Lakers head into the restart as one of the favorites to win the NBA title, led by James and Anthony Davis. To do so, they’ll have to manage the truly unique circumstances of the bubble in Florida.