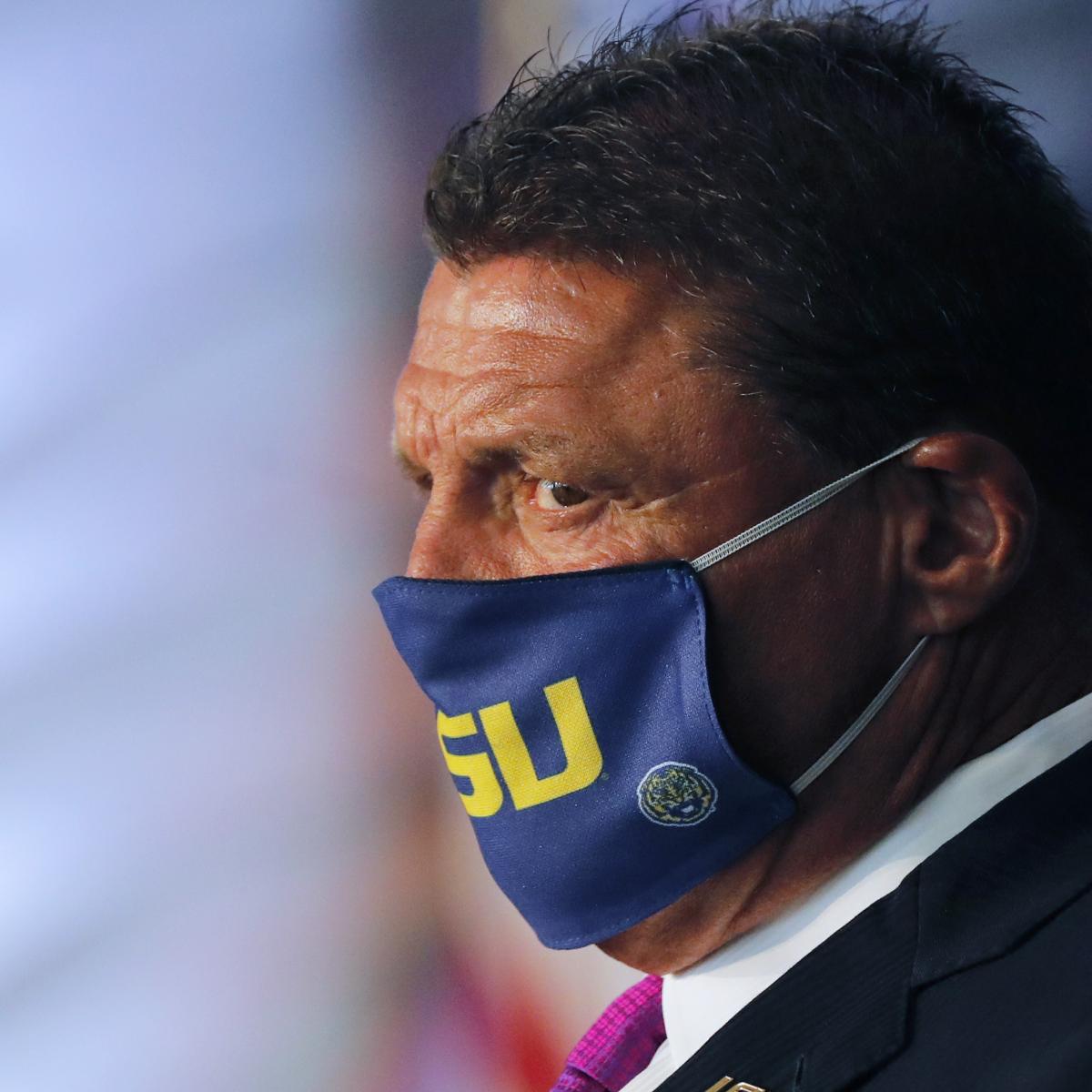 LSU’s Ed Orgeron: ‘Gut Feeling’ Is There Will Be CFB Season Amid Pandemic

LSU’s Ed Orgeron: ‘Gut Feeling’ Is There Will Be CFB Season Amid Pandemic

LSU head coach Ed Orgeron is confident there will be college football this season.

He’s just unsure of the timing, the circumstances or the schedule.

As the conferences within the sport and the NCAA itself grapple with how to safely hold games amid the coronavirus pandemic, information keeps changing almost daily on what the best course of action is. Orgeron doesn’t have the answers there, but he does have faith in those tasked with finding them.

Some of the scenarios in Orgeron’s comments have already become a reality.

Among the Power Five conferences, both the Big Ten and Pac-12 have announced football will consistent of in-conference games only. The Big 12 and ACC are expected to make a decision on similar options in the near future.

But those solutions may quickly become irrelevant if the NCAA decides to make a blanket ruling on fall sports.

In a rather dire warning for the college sports landscape, NCAA President Mark Emmert said Thursday that the country needs to get a much better handle on the spread of COVID-19 before fall athletics can go ahead as scheduled.

“Any recommendation on a pathway toward a safe return to sport will depend on the national trajectory of COVID-19 spread,” NCAA chief medical officer Dr. Brian Hainline said. “The idea of sport resocialization is predicated on a scenario of reduced or flattened infection rates.”

Although testing and contact tracing infrastructure have expanded considerably, the variations in approach to reopening America for business and recreation have correlated with a considerable spike in cases in recent weeks. https://t.co/TN1aE3lQ5L

The NCAA further provided alarming data showing where the organization hoped the positivity rate would be across the nation by late July versus where the rate currently stands.

Within the SEC, commissioner Greg Sankey recently told Smith “the direct reality is not good” if college sports in the fall are to remain a viable option.

Yep…that’s exactly what I said…and have been saying. I want to provide the opportunity for college athletics to be part of the fall, but we need to all consider our behavior to make possible what right now appears very difficult. “The direct reality is not good…” https://t.co/z3pHGeMIa9

Coming off its first national title since 2007, LSU is looking for a return trip to the College Football Playoff this season. Whether that will be possible at all remains unknown.