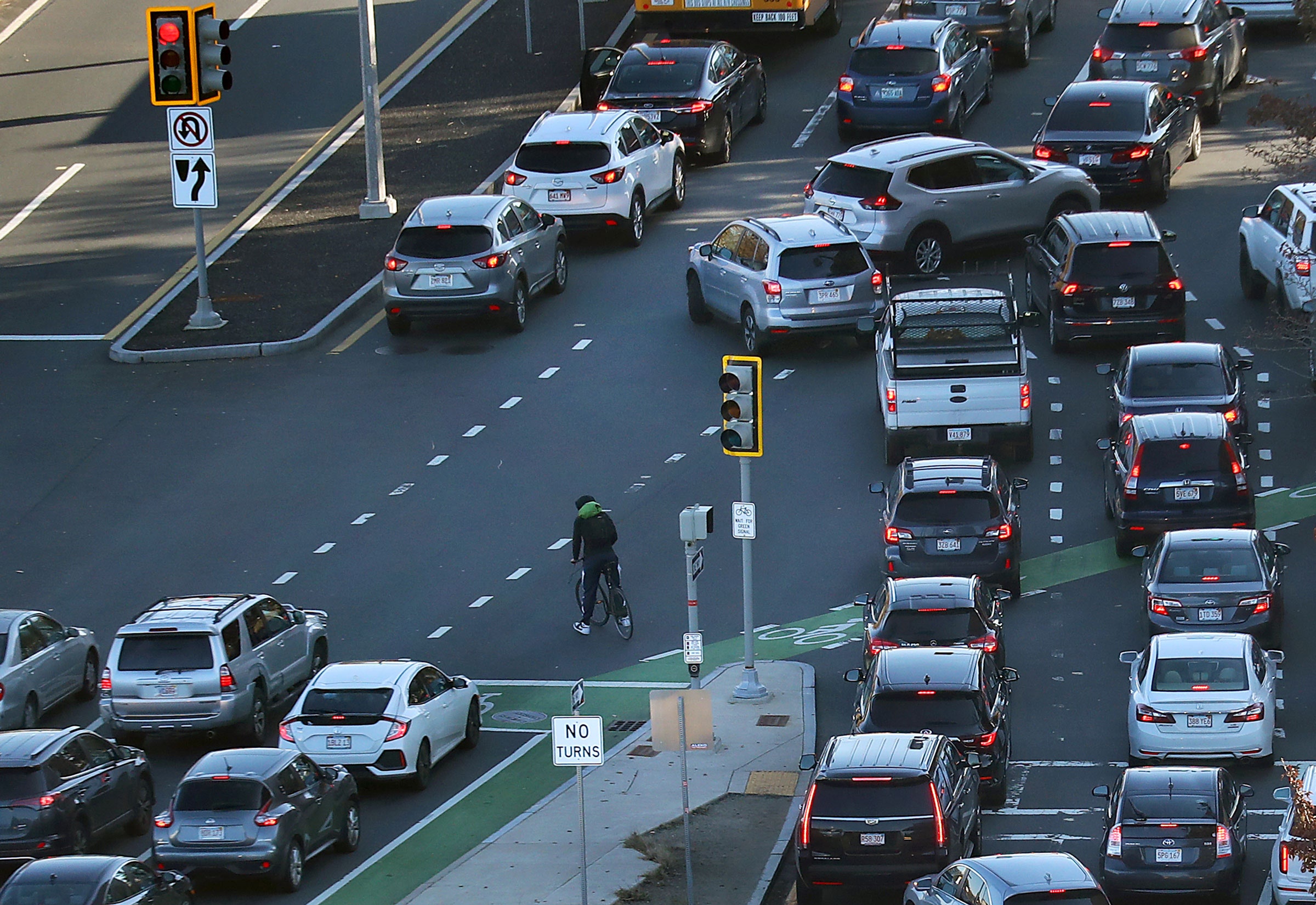 On Tuesday, Massachusetts became the second state this year to sue ride-hail companies Uber and Lyft for treating their drivers as independent contractors rather than employees. State attorney general Maura Healey told reporters the Covid-19 pandemic motivated her to ask a state court judge to enforce a 2004 labor law to reclassify the drivers.

“What the Covid pandemic has shown is just how many folks are employed in the gig economy who, it turns out, lack very basic protections and benefits,” Healey said.

“Gig companies” like Uber, Lyft, Instacart, and DoorDash say their workers are contractors—essentially, each their own small business owner—and that the companies are simply intermediaries between the workers and riders or shoppers. As a result, the companies have generally not provided benefits like paid sick leave, time off, or overtime, and do not pay into unemployment insurance programs.

The lawsuit opens up another front in the labor fight for Uber and Lyft, which have battled workers over the classification for years. In May, the state of California and three of its biggest cities sued to classify Uber and Lyft drivers in that state as employees. The state’s legislature passed a law aimed at narrowing the definition of independent contractors last fall.

Massachusetts’ law, which has been on the books for 16 years, created a three-part test to determine whether a worker is an employee or a contractor. To be a contractor, a worker must do their work without the direction or control of the employer; perform work that is outside the “usual course” of the employer’s business; and perform work that they would do for other employers as well. Labor experts say it will be difficult for ride-hail drivers to pass that test—particularly the second part.

In a statement, a spokesperson for Lyft said that more than 50,000 people drive for the company in Massachusetts, and that 89 percent of Lyft drivers drive for fewer than 20 hours per week. Those drivers “choose to drive ride-share precisely because of the independence it gives them to make money in their spare time,” the spokesperson said.

An Uber spokesperson said the company will contest the suit, “as it flies in the face of what the vast majority of drivers want: to work independently. We stand ready to work with the state to modernize our laws, so that independent workers receive new protections while maintaining the flexibility they prefer.”

How Do Self-Driving Cars See? (And How Do They See Me)

Our in-house Know-It-Alls answer questions about your interactions with technology.

The Massachusetts lawsuit argues that Uber and Lyft drivers are not free from the companies’ control because their service agreements and pay structures are nonnegotiable, though subject to frequent change. The state lawyers also argue that drivers face repercussions for canceling or rejecting ride requests, or for failing low ratings from passengers.

Healey said Tuesday that by classifying workers as contractors, “taxpayers and responsible employers pick up the tab when their workers need unemployment or workers’ compensation.” Gig workers are eligible for $600-a-week in unemployment benefits under a federal coronavirus relief bill, but that provision expires at the end of the month. A bill to renew it has passed the House of Representatives, but is unlikely to become law.

In California, Uber has experimented with app changes in attempts to prove that the company does not control or direct drivers. (The state uses a three-part test very similar to the one used by Massachusetts.) The company’s app is now less likely to penalize drivers for rejecting trips. Drivers across the state can choose the fare they’ll accept for each trip, essentially bidding against other drivers for a ride.

In November, California voters will have a chance to chime in on the issue. A state ballot measure supported by the companies would invalidate the state’s new labor law and create a new labor category for gig employees. Uber, Lyft, DoorDash, and Instacart have dedicated at least $110 million to support the ballot campaign.