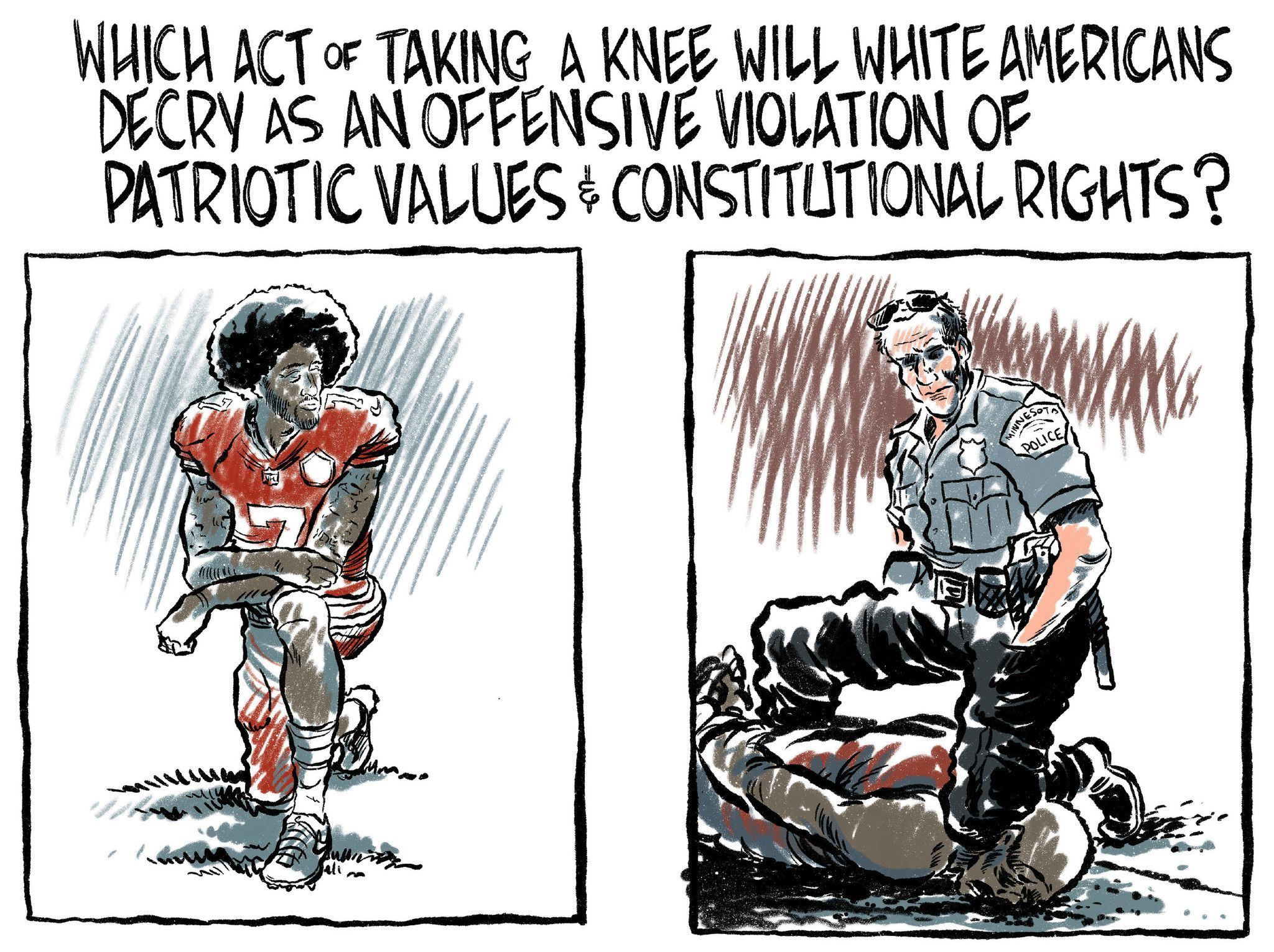 McGrath: White Americans must shake off their entrenched views of race if the world is ever going to change

McGrath: White Americans must shake off their entrenched views of race if the world is ever going to change

I feel slightly traitorous, like a double agent relaying secrets, in writing about what some of my friends really think about the Black Lives Matter protests.

One, for example, recently emailed me a pornographic joke referencing the killing of George Floyd by a Minneapolis police officer, Derek Chauvin, playing off Floyd’s cry of “I can’t breathe.”

The sender frequently shares internet jokes and cartoons, and both he and the group to which he mails them believe anything is fair game for humor. Disagreement with that belief constitutes a silly surrender to political correctness.

I responded that his cartoon implies Chauvin’s slow, torturous asphyxiation of George Floyd was not really that bad, and people do not really have to worry about it. He subsequently sent the same joke, but one in which a mixed race couple was featured instead.

A second friend expressed concern about violent protests taking place close to home. Yet he persisted in his disapproval of the peaceful protests of Colin Kaepernick and others for kneeling when the national anthem was played at football games.

I asked him if he read that the protests had changed the minds of others, including star quarterback Drew Brees and NFL Commissioner Roger Goodell, who were finally persuaded that athletes were not disrespecting the flag or our troops but pleading, instead, for an end to police taking innocent lives. He replied that he simply did not see it that way.

A third person confided that he felt a need to do something when the protests were dominating the news. So he emailed or texted friends and relatives who were police officers to assure them he appreciated what they did on the job and strongly disagreed with the ugly things being written and said about law enforcement. The whole system should not be painted as dysfunctional because of a few bad apples, he said.

He did not mention George Floyd. Nothing about the 8-minute, cold-blooded brutality of Chauvin or about the family Floyd left behind.

Other white acquaintances have expressed the belief that young Black men would not be brutalized or killed by police if they simply stayed out of trouble the way they themselves do. When Black men are stopped by police on the drive home from work or from a party on a Saturday night or after shopping at the mall in the middle of the afternoon, they would be safe as long as they were polite and cooperative.

I had expected that some would have done some reading and learned, for example, of a Stanford University study that found Black drivers are 20% more likely to be stopped by police — a percentage that plummets dramatically at night, when it’s harder to identify a motorist’s race. Or a new Harvard University study that determined Black people are up to six times more likely to be killed by law enforcement.

Yet even educated white people too often revert to the easier, racist mindset they grew up with, the inertia of which seems impossible to redirect, let alone overturn.

None consider themselves racists and they have no compunctions about sharing their views.

I continue to hope that with the increased attention to the issue because of the prominent news coverage of the protests, more might step out of the cocoons of their entrenched attitudes to see and feel what excessive and unnecessary police violence looks like to someone on the receiving end.

Because even though racism seems more stubborn and incurable than a global virus, I have witnessed changes in some of my contemporaries in their 60s and 70s. Their lifelong biases have been challenged by the more compassionate behavior and beliefs of the younger generation, some of whom are their own children to whom they more willingly listen.

David McGrath is an emeritus English professor at the College of DuPage and the author of “South Siders,” a recently completed collections of columns on life in the Midwest.