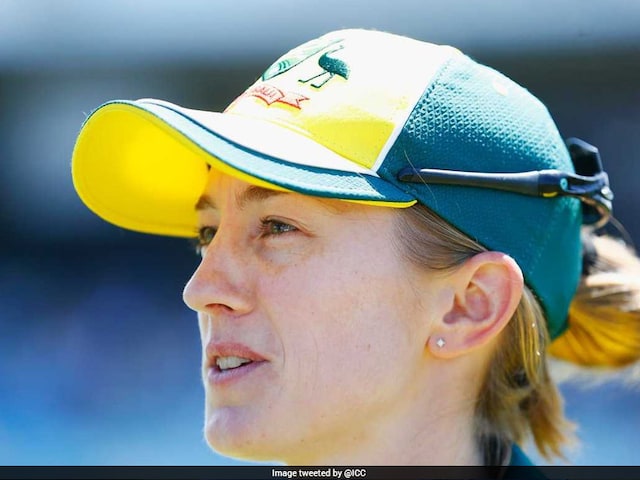 Meg Lanning is the captain of the Australia Women’s team.© Twitter

As the ICC Women’s World Cup 2021 is inching closer and women’s cricket is not being played across the world due to coronavirus pandemic, Australia skipper Meg Lanning is concerned about the preparations for the prestigious tournament. However, the final call on the tournament is yet to be taken but as of now, the event will go ahead as per the schedule. “The IBC Board (the commercial subsidiary of the ICC) will also continue to evaluate the situation in relation to being able to stage the ICC Women’s Cricket World Cup 2021 in New Zealand in February next year. In the meantime, planning for this event continues as scheduled,” ICC had said in a statement on Monday.

ICC Chief Executive Manu Sawhney had said their number one priority was to protect the health and safety of everyone involved in the sport.

The qualifying tournament, which had been set for Sri Lanka in July, was postponed in May. As things stand there remain three spots up for grabs in the World Cup, between Bangladesh, Ireland, Pakistan, West Indies, Ireland, Thailand, Zimbabwe, Papua New Guinea, USA and Netherlands.

“It’s something the ICC will have to weigh up in whether the tournament goes ahead. Will every team in the competition have the opportunity to prepare adequately for a World Cup? There are still a few teams that have to go through the qualifying process so I”m not sure how that will pan out,” ESPNcricinfo quoted Lanning as saying.

Lanning said that as a player she want things to be equal and fair for all before heading to the elite competition.

“There are a few more decisions to be made around it rather than whether it can just go ahead or not. It’s a pretty difficult position to be in, but as a player you want things to be as equal and fair as they can be heading into a big world tournament and I’m sure the organisers will make sure that happens,” she said.

While Australia and New Zealand are scheduled to play each other in late September, and India are due to tour Australia in January, there is no other women”s cricket currently in the calendar.

New Zealand’s trip across the Tasman is due to include three T20Is, all play in Sydney, followed by three ODIs played across Townsville, Cairns and the Gold Coast in Queensland.

“The planning is for that to still go ahead as scheduled, there needs to be flexibility around things if they change but from what I’ve heard still planning for that to happen which is really great for the players to look forward to and an endpoint to pre-season,” Lanning said.