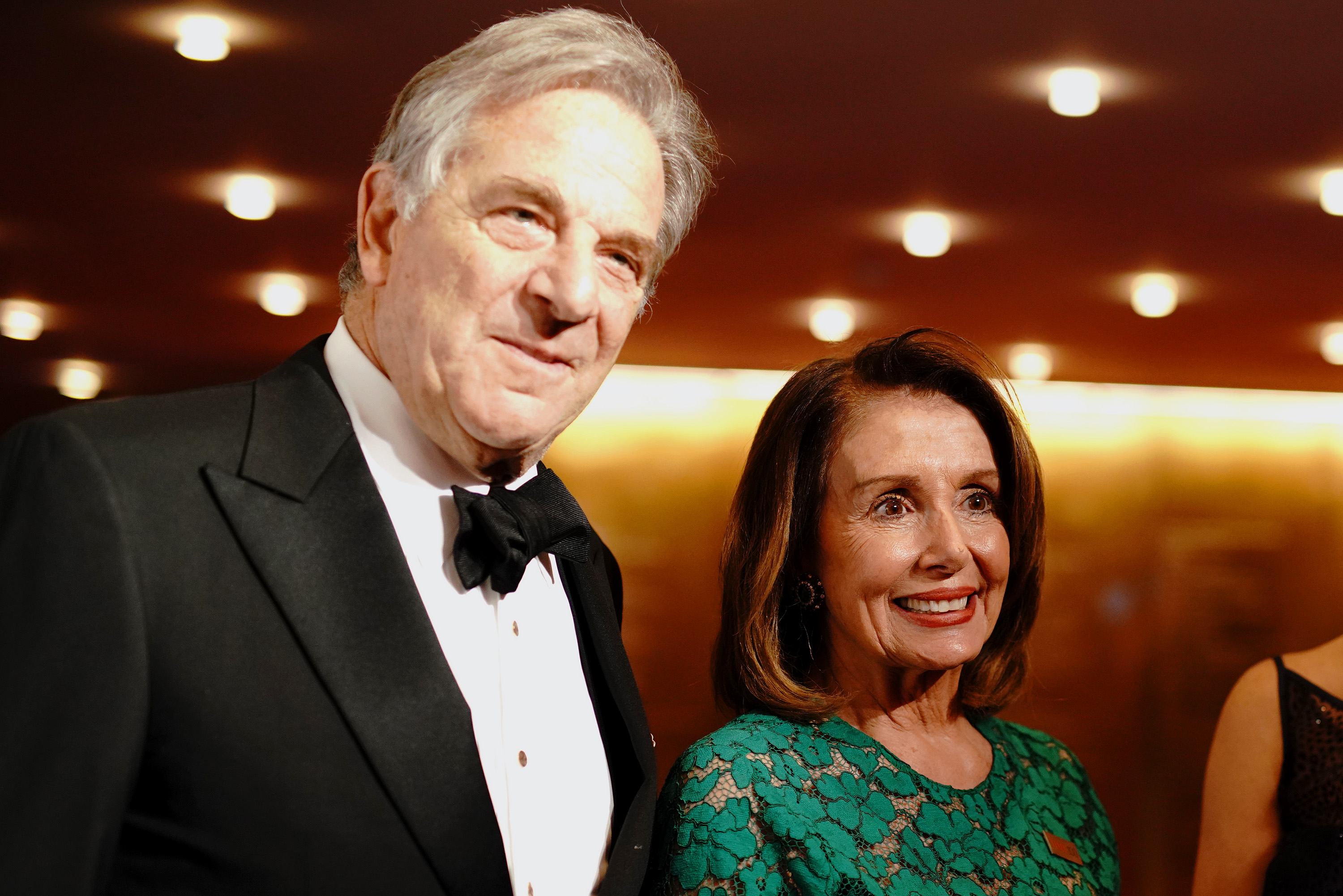 Paul Pelosi Almost Died, and Most Republicans Don’t Have a Big Problem With That

Paul Pelosi Almost Died, and Most Republicans Don’t Have a Big Problem With That

Nothing in particular was happening on July 31, 2021, that should have given Kevin McCarthy’s words any special weight. It was a Saturday. The House of Representatives was on summer break. McCarthy was in Nashville at a fundraising event, and the state’s House Republicans presented him with an oversize gavel. Then he “joked”: “I want you to watch Nancy Pelosi hand me that gavel. It’ll be hard not to hit her with it.” You can hear the audio here, and listen as the crowd laughs.

This is the man the voters of America are likely to make the next speaker of the House. But wait. The man in charge of this year’s House GOP effort, Representative Tom Emmer of Minnesota, has gone McCarthy one better. Last week, with political emotions at a fever pitch, he posted to Twitter a video of himself firing a weapon at a range, under which he wrote: “Enjoyed exercising my Second Amendment rights with @KellyCooperAZ & General @JackBergman_MI1. 13 days to make history. Let’s #FirePelosi.” Two days later, David DePape broke into Nancy Pelosi’s house, and you know what happened next.

On Face the Nation Sunday, host Margaret Brennan destroyed Emmer. “A tweet. Hashtag Fire Pelosi with a weapon. Wouldn’t a pink slip be more fitting if it’s about firing her? Why a gun?” she asked him. He hemmed and hawed, Second Amendment this, Steve Scalise that. Yes, his GOP colleague Steve Scalise was almost killed by a deranged person who was a Bernie Sanders supporter. But … remind me of that time when Sanders joked about shooting GOP House members. Oh, right. Didn’t happen.

In fact, Emmer stupidly conceded the above point without quite realizing what he was saying. When he invoked the Scalise shooting, he said, “Nobody is trying to equate Democratic rhetoric with those actions.” Well, no. That’s because there was no Democratic rhetoric about shooting Republicans or bonking them on the head with gavels. Brennan pressed on: “I’m not talking about your rhetoric. I’m talking about what you posted. You’re shooting a gun! Our viewers just saw it!” she said. “Republican candidates have spent more than 116 million on ads that mentioned Speaker Pelosi by name in their cycle.”

You’ve read, I’m sure, about Elon Musk’s sick tweet Sunday morning. I’m not going to help spread the conspiracy theory in question. It came from a “news source” that wrote years ago that Hillary Clinton had died and been replaced by a body double. And Musk, on the very weekend he took over Twitter and started firing people, decided that “free speech” includes peddling to his 112 million followers a tale with no basis in fact from a right-wing propaganda outlet. Behold our new public square.

This, friends, is a moment. I encourage you—especially if you’re younger, and you have five or six decades of life in these United States ahead of you—to remember and reflect on this moment, because if democracy dies in this country, and if violence overwhelms discourse and the bullet replaces the ballot, the beating of Paul Pelosi and the right-wing reaction to it will be noted as a signal event in that decline in the history books (that is, if the writers of honest history are still allowed to be historians and publish books).

The reaction of course extends well beyond the vile Musk. In classic totalitarian fashion, figures on the right are interpreting the Pelosi attack as a moment of liberation. Dinesh D’Souza suggested—on Twitter, natch—that the Pelosi attack was a false flag operation, and then, of the discrepancy between the mainstream reporting on the incident (that is to say, the gathering of facts) versus the extremist conspiracy, he wrote: “The Left is going crazy because not only are we not BUYING the wacky, implausible Paul Pelosi story but we are even LAUGHING over how ridiculous it is. What this means is that we are no longer intimidated by their fake pieties. Their control over us has finally been broken.”

Though he would obviously deny it, what D’Souza is doing there is telling his followers: This violence is all right. That was also the message from Virginia Governor Glenn Youngkin, who thought it was appropriate to use the attack as a set-up to a punch line about sending Nancy Pelosi back to California. With his formulation—violence is wrong, “but…”—he was telling people there was no need to take this seriously.

Every Republican who went on Fox News over the weekend to talk about DePape’s attack as just another example of crime gone wild in liberal San Francisco was doing the same. And saying “but Steve Scalise” and “but Brett Kavanaugh” and “but Lee Zeldin” (two other conservatives who were targets of real or threatened violence this year) has the same effect. Not taking an absolute stand against political violence signals to deranged people that there is no moral standard against that violence, that we are just floating along on a vast sea of carnage that is indiscriminate and random and there’s nothing anyone can do about it, so go ahead, fire away.

Sure, “both sides” are capable of violence. But only one side is regularly inciting it. And some left-wing randos on Twitter don’t count. As if there is an equivalence between some guy with 300 followers and the man in charge of the National Republican Congressional Committee (that’s Emmer).

And finally, what of the biggest inciter of them all? Donald Trump has been silent about the Paul Pelosi attack, as of Monday morning. But we can’t discuss this topic without noting the many times during his rallies back in 2016 when Trump told his crowds to rough up hecklers, promised to pay their legal bills, pined about the old days when they knew how to take care of troublemakers—and, of course, suggested that someone might shoot Hillary Clinton (which is what he did, let’s not kid ourselves).

We are, yet again, in a new dark place. And it’s only going to get darker. You hope that perhaps if, God forbid, some high-ranking Democrat is assassinated, the right will finally say OK, we’ve gone too far? How much longer do you need to watch these people before you understand who they are? They keep telling us. Believe them.