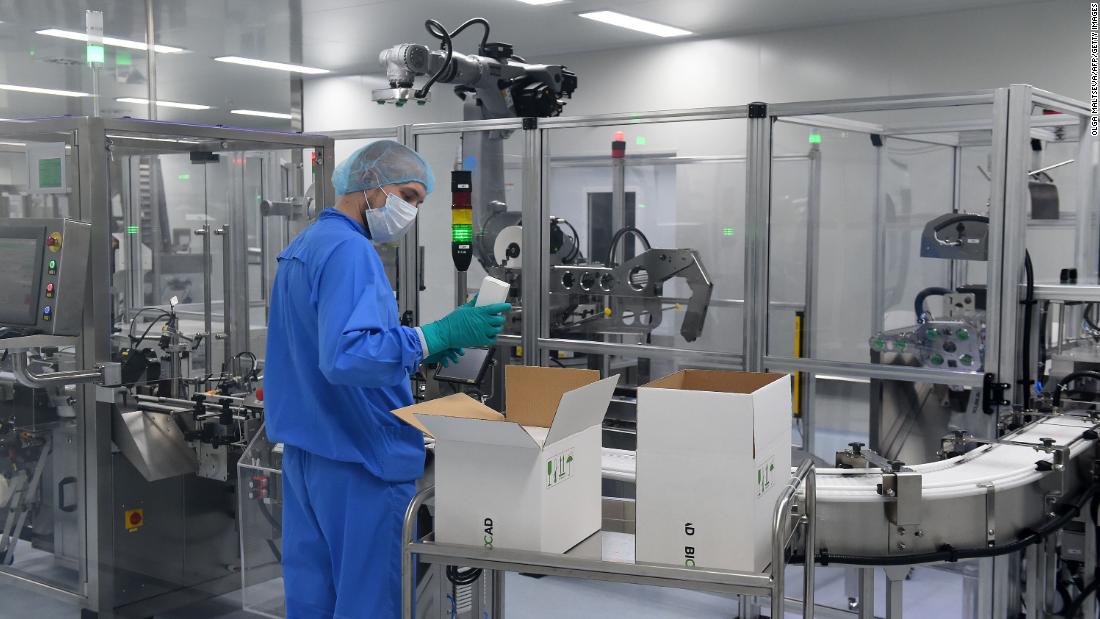 Moscow (CNN)Russia intends to be the first in the world to approve a coronavirus vaccine, in less than two weeks — despite concerns about its safety, effectiveness and over whether the country has cut essential corners in development, CNN has learned.

Russian officials told CNN they are working toward a date of August 10 or earlier for approval of the vaccine, which has been created by the Moscow-based Gamaleya Institute.
It will be approved for public use, with frontline healthcare workers getting it first, they said.
“It’s a Sputnik moment,” said Kirill Dmitriev, head of Russia’s sovereign wealth fund, which is financing Russian vaccine research, referring to the successful 1957 launch of the world’s first satellite by the Soviet Union.
“Americans were surprised when they heard Sputnik’s beeping. It’s the same with this vaccine. Russia will have got there first,” he added.
But Russia has released no scientific data on its vaccine testing and CNN is unable to verify its claimed safety or effectiveness. Critics say the country’s push for a vaccine comes amid political pressure from the Kremlin, which is keen to portray Russia as a global scientific force.
There are also wide concerns the human testing of the vaccine is incomplete.
Dozens of vaccine trials are underway around the world and a small number are in large-scale efficacy trials, but most developers have cautioned that much work remains before their vaccines can be approved.
While some global vaccines are in the third phase of trials, the Russian vaccine is yet to complete its second phase. Developers plan to complete that phase by August 3, and then conduct the third phase of testing in parallel with the vaccination of the medical workers.
Russians scientists say the vaccine has been quick to develop because it is a modified version of one already created to fight against other diseases. That’s the approach being taken in many other countries and by other companies.
Notably, Moderna, whose vaccine is being backed by the U.S. government and which started Phase 3 testing Monday, has built its coronavirus vaccine on the backbone of a vaccine it had been developing for a related virus, MERS. While this has sped the development process, US and European regulators are requiring the full complement of safety and efficacy tests for the vaccine.
Russia’s defense ministry says that Russian soldiers served as volunteers in human trials.
In recorded comments provided to CNN, Alexander Ginsburg, the director of the project, said he has already injected himself with the vaccine.
Russian officials say the drug is being fast-tracked through approval because of the global pandemic and Russia’s own severe coronavirus problem. The country now has more than 800,000 confirmed cases.
“Our scientists focused not on being the first but on protecting people,” said Dmitriev.
The vaccine uses human adenovirus vectors that have been made weaker so they do not replicate in the body. Unlike most vaccines in development it relies on two vectors, not one, and patients would receive a second booster shot.
Officials say their scientific data is currently being compiled and will be made available for peer review and publication in early August.
“Russia marshaled its leadership position in vaccine development and its proven Ebola and MERS vaccine platform to bring the first safe and efficient solution to the world’s biggest problem,” Dmitriev told CNN previously.
The World Health Organization says there is no approved vaccine for MERS.
The Russian health ministry, which has not yet confirmed the August approval date, says frontline medical staff will be first to be vaccinated once the new drug has been approved for public use.
Large-scale vaccine trials in the United Kingdom, the United States and elsewhere are proceeding rapidly but have not committed to deadlines by which their products will be approved.
Early results from trials of a vaccine developed by the University of Oxford and AstraZeneca were promising, but Mike Ryan, executive director of the World Health Organization Health Emergencies Program, said earlier this month that “there’s a long way to go.”
“These are Phase 1 studies. We now need to move into larger scale real-world trials, but it is good to see more data and more products moving into this very important phase of vaccine discovery,” he said.
Earlier this month, the Kremlin denied allegations Russian spies hacked into American, Canadian and British research labs to steal vaccine development secrets.
Russian officials also denied reports members of the country’s political and business elite — including Russian President Vladimir Putin — had been given early access to the vaccine.