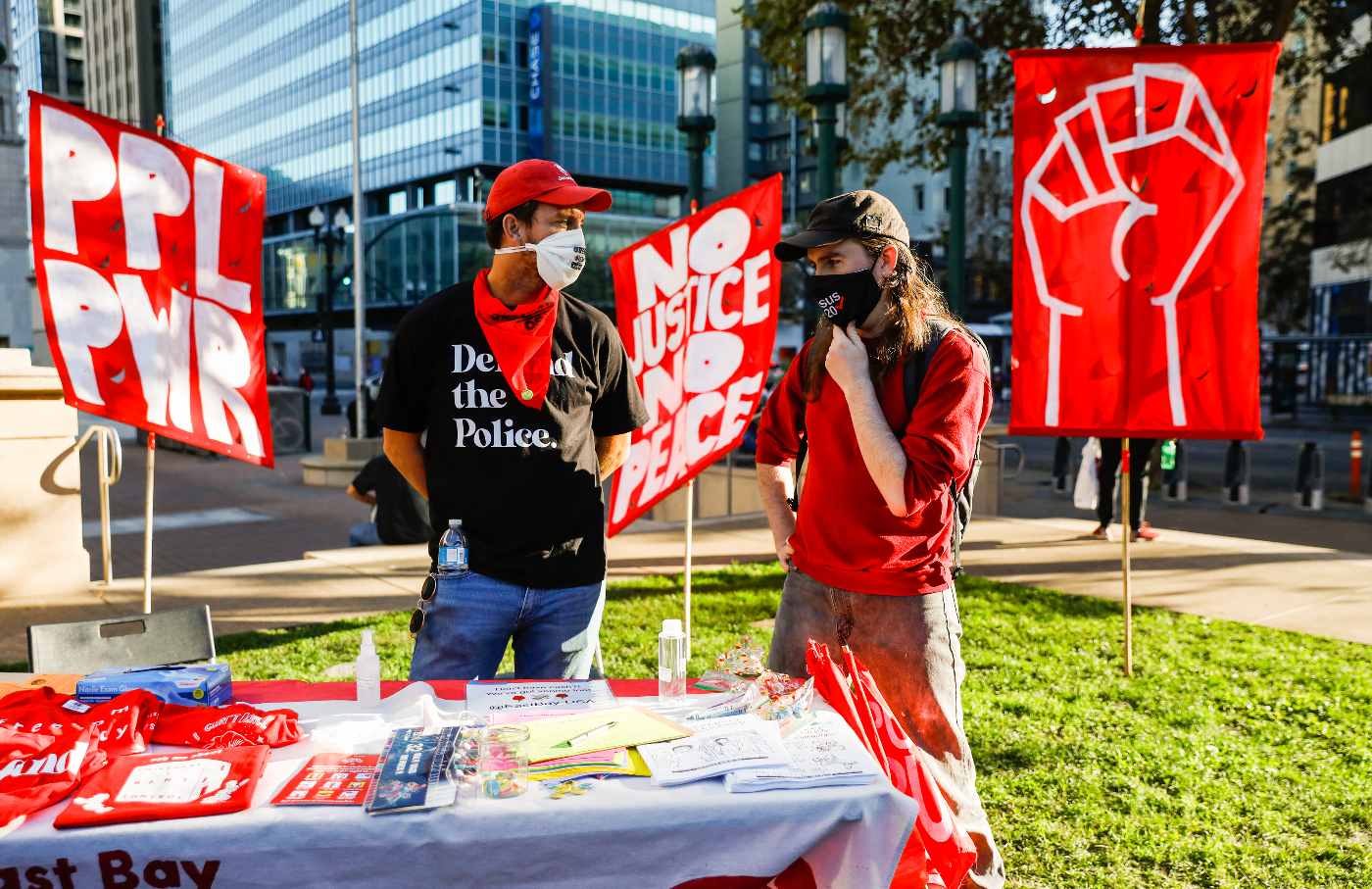 The Here and Now of the American Left

The Here and Now of the American Left

Gathered together at the headquarters of the Chicago Teachers Union, the Young Democratic Socialists of America held their annual Winter Conference in early April. With 119 chapters in 31 states, YDSA is the largest student-led socialist organization in the country, and the April meeting brought together hundreds of students from colleges across the United States.

Many young leftists have felt adrift in the wake of Bernie Sanders dropping out of the 2020 Democratic primary, Jeremy Corbyn resigning as leader of the Labour Party, and the French left’s inability to coalesce around a single leader during the 2022 presidential election—all signs of socialism’s continued inability to command political power in the West.  Meanwhile, in the US, President Biden’s agenda is stalled and the right is set to make gains in the midterms

The conference was a direct attempt to address these concerns, reflected by the weekend’s theme: solidarity forever.  “I often wonder how, why, and even if, we will achieve liberation,” reflected Sarandon Elliott, cochair of YDSA’s National Coordinating Committee and fourth-year student at the University of Virginia, in a commencement address given on the conference’s first day. “I will be right here fighting, and I hope every one of you is here with me.”

Diego Morales, a prominent member of Chicago DSA, set the stage, so to speak. “We are seeing glimpses of victory, and glimpses of hope,” she said, citing the successful Starbucks and Amazon unionization efforts. “You are not the future. You are the here, and now.” Carlos Ramirez-Rosa, alderman of Chicago’s 35th Ward and member of the Chicago Democratic Socialist Caucus, gave an impassioned speech hailing YDSA as the spring of the American left and quoting Pablo Neruda: “You can cut all the flowers, but you cannot keep spring from coming.”

Few attendees had arrived at socialism on their own. Overwhelmingly, they said Bernie Sanders’s campaigns in 2016 and 2020 left a lasting impression. Anagha Velamakanni, an economics major and chair of Ohio State University’s YDSA, described herself as “not extremely politically versed” when starting college, but remembers excitedly watching the Sanders campaign in 2016. “I joined YDSA in my sophomore year and started reading more left literature and organizing.”

“I first joined YDSA in 2019,” said Muskan Parashar, a 23-year-old senior at San Jose State University. Sanders’s words “resonated” with her and made her seemingly disparate political views “very easy to connect.” Evan Schultz, a sophomore at UC Berkeley, said she’d had leftist ideals since high school, but “never aligned them with a certain political party.” Sanders “started the interest” in socialism, and once she arrived at college, Schultz joined YDSA.

While disappointed by Sanders’s 2020 loss, few attendees felt dissuaded from activism. To Velamakanni, it “gave young socialists an incentive to fight rather than give up.” Mason Wyss, who founded Miami University’s YDSA chapter, noticed his organization “initially shrank” after Sander’s loss, but attributed this temporary decline to “online classes and people being wary of Covid” rather than Sanders’s defeat. Kitty Hopgood, a 17-year-old from Albany High School in Albany, Calif., believed Sander’s loss helped “open people’s eyes to what is really important.”

Labor organizing was the hottest topics of the conference, with workshops on “How to Run a Labor Solidarity Campaign,” “Campus Labor Organizing,” and “Logistics Organizing 101: The Fight to Organize Amazon.” Kristen Cervero, a NYC DSA member and at-large member of the NYC Labor Organizing Committee, insisted that socialist success and an empowered labor movement are irrevocably linked. “Labor is central to winning socialism.”

The relationship—or lack thereof—between DSA and its youth wing was another common topic of conversation. Velamakanni was quick to distance OSU YDSA from its parent organization. “Our group is mostly connected to DSA by name. We do have connections to people in Columbus DSA, but it’s mostly that we do our work, and they do theirs.”

“I believe there was a resolution at the most recent DSA convention to provide more resources to YDSA, which didn’t pass, so it’s obviously something that is an open question within the organization,” said Timothy D’Agostino, a member of Miami University YDSA.

The resolution proposed giving “national leadership decision making power over YDSA’s expenses,” hiring additional staff, and setting up mentorship support. The resolution failed by a vote of 639 to 441, disappointing many student organizers. Leena Yumeen, a junior at Columbia University and an at-large member of the YDSA National Coordinating Committee, told me, “The fact that Resolution #32 did not pass reflects a view in the organization that YDSA is not strategic to invest in.”

Sarandon Elliott seemingly referenced these frustrations in a speech given on the second day of the conference. “The failure to commit to YDSA’s growth is, in my opinion, like making a bad bet.” Cyn Huang, cochair of the Coordinating Committee, was equally discouraged. “I was extremely disappointed that R32 failed,” said Huang. “In my opinion, entrusting young organizers with meaningful control over YDSA’s organizational priorities and resources will help them develop the commitment, political analysis, and organizational skill-set necessary to be effective in DSA and broader social movements.”

Other members were more forgiving: Mason Wyss said DSA does “more than enough to fund and support YDSA” and thought the resolution asked for too much. “Our chapter has regular contact with our local DSA chapter,” Mason said, and mentioned his group’s liaison, who acts as intermediary between the groups. “I am grateful and feel privileged to have as much support as we do.”

As students prepared for the long ride back home, the future of the American left was still an open question, but their goal was clear. “An international working-class movement is the only thing that can put an end to capitalism,” said Simon Powell, the chair of DSA of Metro Cincinnati and Northern Kentucky. “We have to put an end to capitalism if we want the world to remain habitable.” Powell allowed that it would be a difficult process. “Does it seem too big of a task? Sure does. It seems like the biggest task humanity has ever faced.” But despite things seeming darker now then before the pandemic, Powell still felt that “they seem brighter in a lot of ways than they did when I was in high school and Bush was president.”

Noah Streng is a senior at the University of Michigan, and helped found the college’s YDSA in 2018. Streng’s path to socialism came from “my own lived experiences as someone who is low-income and has experienced homelessness as a result of my queer identity.” “My experiences in homelessness and disownment by my family showed me that our society lacks the structures to support people like me,” he said. When asked how he viewed the future, Streng was hopeful, and acknowledged that YDSA played a role in ingraining that mentality. “If there’s one thing that my time in YDSA has taught me, it’s that a better world is possible. All we have to do is build it.”