The Mystery of the Dark Asteroid That Scorched Russia

The Mystery of the Dark Asteroid That Scorched Russia

On a June morning in 1908, above a sleepy forest in the Siberian Taiga plush with larches, spruces, and black bears, something flashed so bright and hot in the sky that a hunter 10 miles away, near the Middle Tunguska River, tore his shirt off thinking it was on fire. Locals described some variation of a “fiery ball flying north.” A loud explosion, releasing the equivalent of three to five megatons of TNT, followed. The resulting shock wave, the largest in recorded history (185 times more powerful than the Hiroshima bomb), spread out over 1,000 square miles. Some 30 people were in the vicinity. Many of them were knocked unconscious, and at least three were killed. Houses and millions of trees toppled over and charred. Somehow, hours later, astronomers in Europe and Asia witnessed a night sky so bright that, “at midnight,” according to one testimony, “it was possible to read the newspaper without artificial lights.”

For a time, it seemed that a similarly mysterious event may have happened in 2013—again over Russia. Near the snow-covered factory town of Chelyabinsk, a 66-foot meteor exploded over the hills, 16 miles above ground. It, too, for a moment, burned brighter than the sun, and emanated intense heat, according to eyewitness reports. The Chelyabinsk meteor blasted down doors and shattered windows in a nearby town, injuring over 1,000 people. Then a hole was discovered in a frozen lake, and a half-ton chunk of space rock was found in the lakebed.

The so-called “Tunguska event’’ is different. It remains a mystery. After decades of scientific expeditions, no one has found a crater or any debris from a meteorite or comet—nothing to conclusively indicate a violent collision with the Earth. In their 2008 book, The Tunguska Meteorite: 100 Years of the Great Puzzle, authors A.I. Voitsekhovskii and V.A. Romeiko catalog 66 theories about the event. Lots of them are implausible (for example, a gaseous explosion emanating from the bowels of the earth). But some are less far-fetched. Recently a new theory has joined the fray, positing that a “dark asteroid,” composed of light-absorbing iron, caused the destruction and the peculiar light show.

Over the years, the Tunguska enigma has seeped into the imagination of popular culture and science fiction. In Indiana Jones and the Kingdom of the Crystal Skull, the Tunguska event is suspected to be a result of cosmic tourism, as cadavers found at the blast site are discovered to be interdimensional travelers. In Star Trek, the Tunguska event is seen as the result of Vulcan good will: A devastating meteor was headed toward Western Europe and a Vulcan survey ship deflected it into the relatively uninhabited forest. The X-Files ran an episode called “Tunguska,” where a military expedition mining meteoric remains discovers a black oil harboring alien microbes capable of possessing human bodies. Isaac Asimov took a shot at explaining it in his story, “The Mad Scientist.” Even Ghostbusters references it.

Early theories ranged across the space-rock spectrum. One is that a comet caused the Tunguska event. A flying fireball, after all, is a common description of a comet, even though comets are made of ice. Their mostly icy composition somewhat accounts for the absence of any meteoric material near the event site, since burning ice would vaporize. The forest-felling blast from a comet is also conceivable, since it could, in theory, explode after colliding with the dense air close to Earth. (The Chelyabinsk meteor, speeding at over 40,000 miles per hour, shattered upon contact with the troposphere, the thin bubble of breathable air that we inhabit, as if it were a brick wall.)

“But a comet is not just made of ice,” Vladimir Pariev, an astrophysicist at the Lebedev Physical Institute of the Russian Academy of Sciences, in Moscow, is quick to point out. “It also includes some stone and, if a comet of that size would have exploded over Siberia, there would have almost certainly been some debris discovered.” He doesn’t outright reject the possibility of a comet but acknowledged the difficulties surrounding that hypothesis, such as its inability to explain the bright night sky witnessed over Europe several hours later. But if it wasn’t a comet, what could cause such destruction?

It’s possible that the remainder of the Tunguska-event grazer is among those rocks caught in an elliptical orbit around our star.

Recently, Pariev and Sergei Karpov, of the Kirensky Institute of Physics in Siberia, along with other colleagues, revisited the Tunguska event. In two back-to-back articles published in the Monthly Notices of the Royal Astronomical Society, the authors argue that past expeditions to the Tunguska site were misguided. The investigators, they write, were looking in the wrong place, inspecting the ground for meteoric material. What they were looking for was actually unrecoverably scattered by stratospheric winds across Europe by nightfall on June 30, 1908. Karpov and Pariev suggest the compelling and elegant hypothesis that the cause of the Tunguska event was a rare type of meteor—known as a “grazer.”

Grazers are rare but not unknown to astronomers. These meteors, as the name suggests, graze the atmosphere without making contact with Earth’s surface. In 1972, the so-called “Great Daylight Fireball” passed over the United States and Canada after it bounced off the atmosphere, ascending back into space. Its entry angle allowed it to skip like a stone off the stratosphere and back into the light, rarefied air of the upper atmosphere without causing any damage to the surface of the Earth—unlike the grazer that Pariev, Karpov, and their colleagues suspect caused the Tunguska event. The researchers ran mathematical models of asteroid bodies, ranging in diameter from 50 to 200 meters, that could pierce the Earth’s atmosphere from an acute angle (9 to 12 degrees), skid as close to 10 to 15 kilometers from the surface, and continue with enough speed (about 30,000 miles per hour) to escape the atmosphere.

Their models revealed that stone and ice would completely disintegrate in the upper atmosphere. Only asteroids made of iron (which has much higher tensile strength, or resistance to breaking under stress, than stone or ice) and larger than 100 meters in diameter could sustain that grazing trajectory without shattering into pieces. This kind of object could pass through the atmosphere at Mach 60 (nearly 45,000 miles per hour), and return to its orbit around the sun. If the Olympics Were Held in Space

Back in the day, before the speed of light was considered the slow lane, “extreme” sports—bungee jumping from bridges, hang gliding over volcanoes—were barely deadly and almost quaint. But with the advent of hyperflight, adventure sports are undergoing a revolution….READ MORE

This would explain the bright night sky reported over Europe. If an iron asteroid of that size and trajectory passed through the atmosphere, for a few seconds it would shed its material at an incredible rate of 500,000 tons per second. It would shed this material at such a high temperature (over 10,000 degrees) that the outer layers of the rock would peel into plasma that would plume like smoke from the rock, combining with atmospheric elements and ultimately cooling into iron oxide particles that would collect water condensation and freeze into powdery snow. Any iron oxide vestiges of such a space rock would be indistinguishable from iron oxides of terrestrial origin. The iron oxide smoke would then travel through the stratosphere and place itself, by nightfall, over Europe. Normally, a cloud of iron oxide particles would obfuscate the sun and darken the sky but, at night, when the sun is at its moon-reflecting angle, it would hit the frozen iron oxide particles so as to make them glitter in the sky like so many miniscule moons, allowing someone to read, at midnight, a Dostoevsky novel outside.

Most asteroids loop around the asteroid belt between Mars and Jupiter, but there are thousands of asteroids orbiting the sun. It’s possible that the remainder of the Tunguska-event grazer is among those rocks caught in an elliptical orbit around our star. Astronomers would have to look for an emaciated but still spherical iron rock, about half the mass of its original, according to Karpov and Pariev’s calculations.

This remains a faraway task, for several reasons. Iron absorbs light, which makes the Tunguska asteroid a so-called “dark asteroid.” Optical telescopes struggle to detect such asteroids, as they can’t detect rocks within 45 degrees of the blinding sun (imagine the washed out screen from pointing a phone camera toward the sun), so the Tunguska meteor would only be visible along a shortcut of its horseshoe orbit. But infrared telescopes, in development now, would be able to detect the Tunguska rock and many more asteroids, potentially alerting us to devastating future impact events. The Chelyabinsk meteor, which would have leveled the city had it hit at just a slightly altered angle, wasn’t detected precisely because the sun shining behind it rendered it invisible to optical telescopes.

Paul Chodas, director of the Center for Near Earth Object Studies at the Jet Propulsion Laboratory at NASA, said, “We find about a dozen new asteroids every day.” NASA has identified about 95 percent of asteroids larger than 1 kilometer in the asteroid belt, but dark asteroids, including those orbiting the sun, present a more difficult challenge. Fortunately, infrared telescopes that would have detected the Chelyabinsk meteor are currently in production and should be deployed within three years, giving us a much better picture of the millions of rocks that swarm in space around Earth. Perhaps the iron sphere that toured Earth and slingshot back toward the sun over a century ago will be among the rocks in that picture. “It would be the ultimate test for our hypothesis,” Pariev said, “to find the Tunguska asteroid orbiting the sun in space.”

Marco Altamirano is a writer based in New Orleans and the author of Time, Technology, and Environment: An Essay on the Philosophy of Nature. Follow him on Twitter @marcosien. 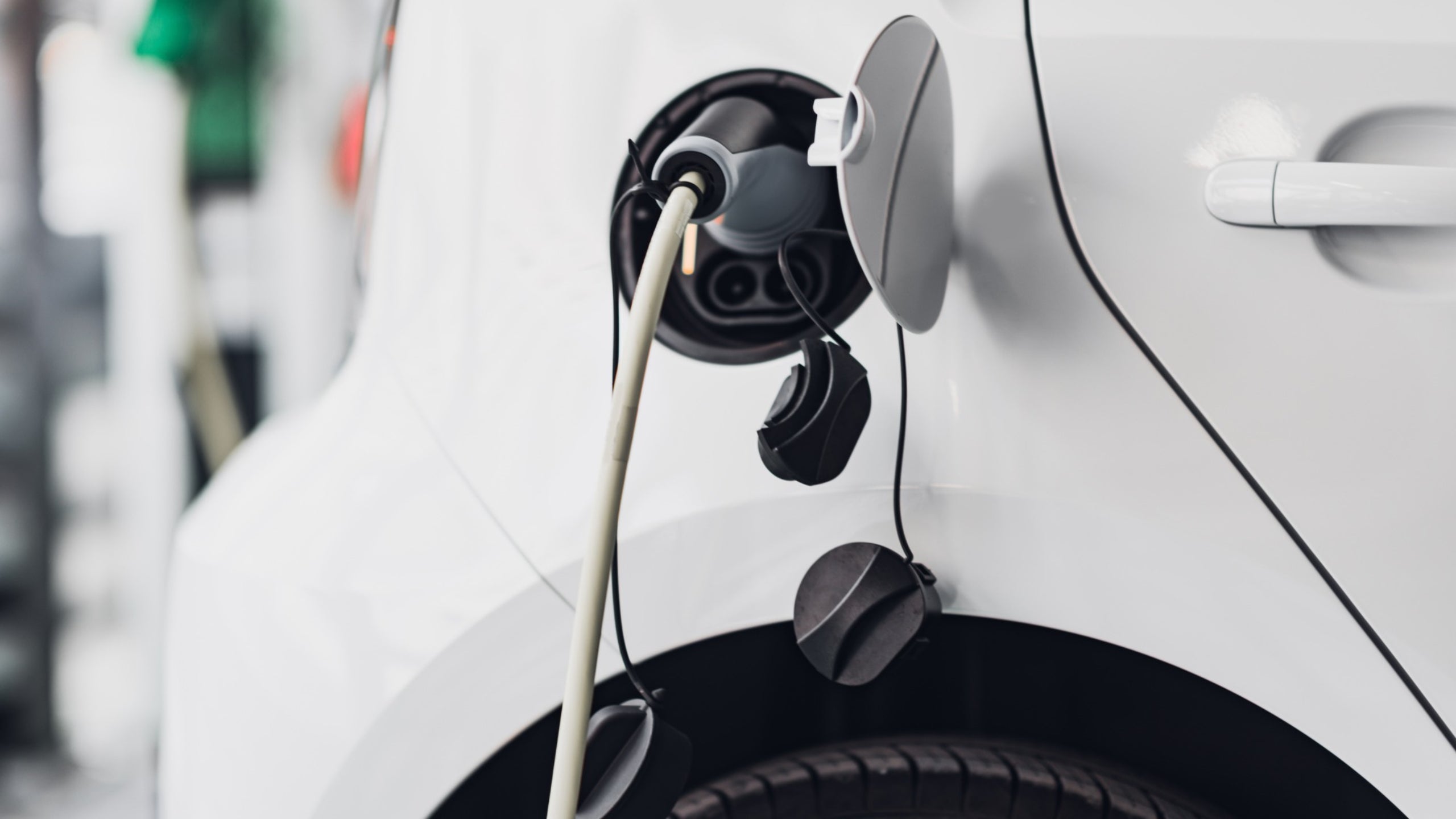 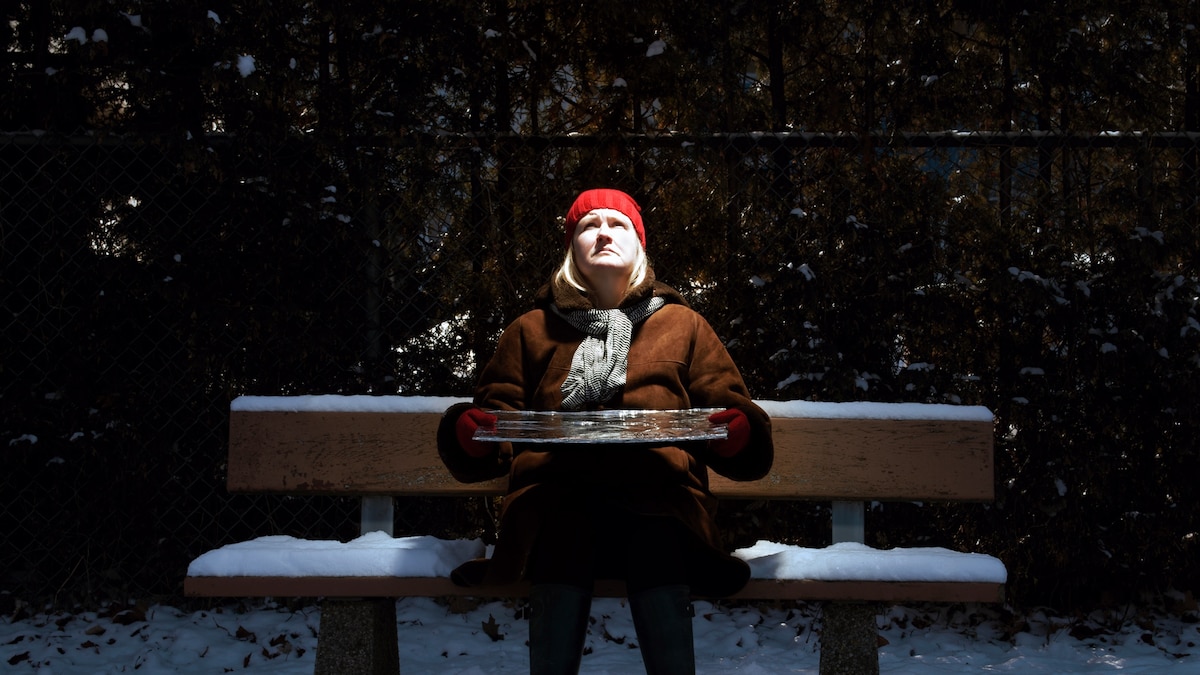