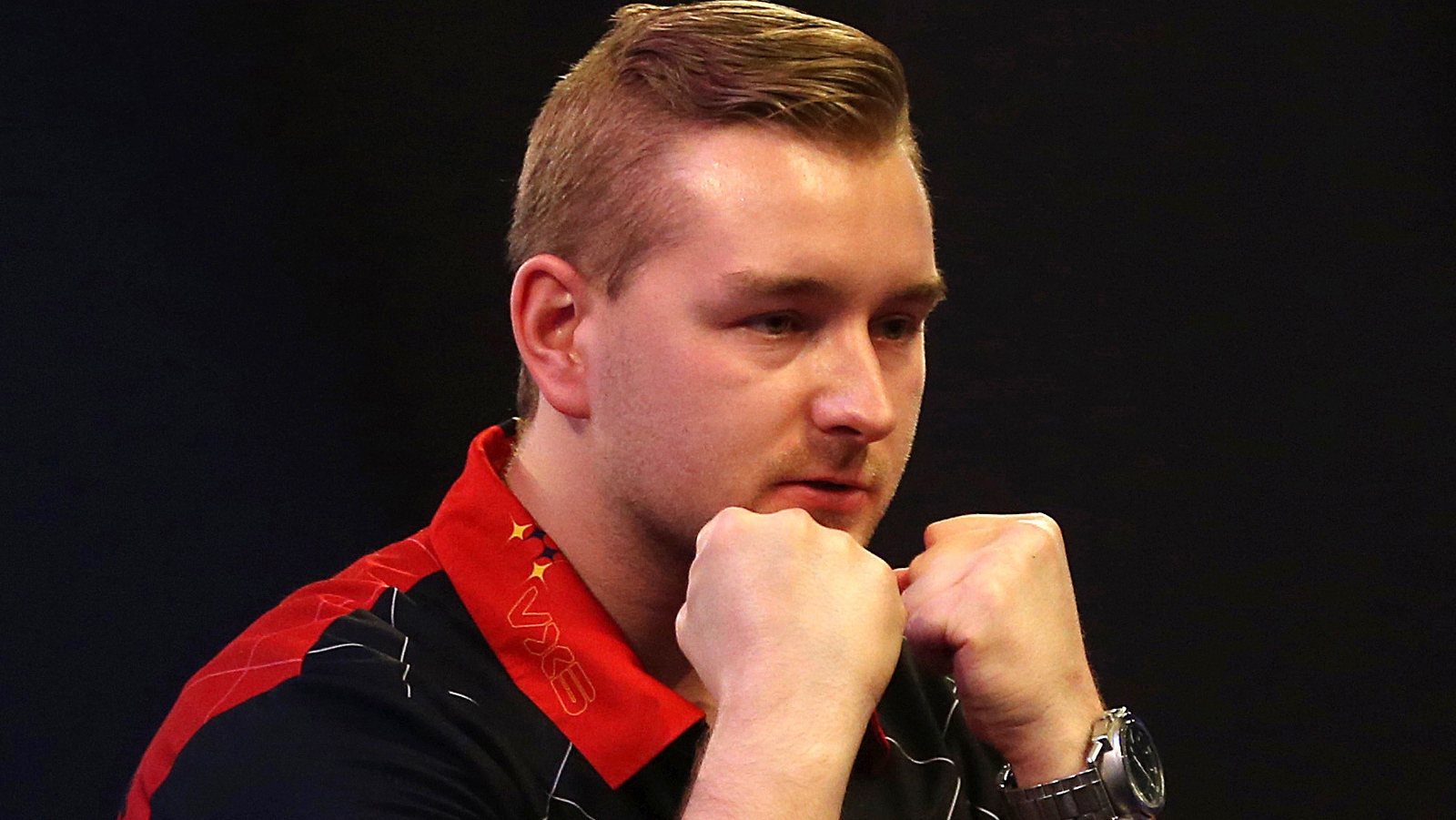 In his first appearance at the tournament, staged behind closed doors at the Marshall Arena in Milton Keynes instead of its usual Winter Gardens venue, the Belgian breezed past the Scot to take the title after an 18-10 win.

A shock first-round triumph over Nathan Aspinall was followed up with impressive results against Joe Cullen, Adrian Lewis and Glen Durrant, but arguably his greatest display was reserved for the final.

The world number 26 moved through the gears after the second quarter and Anderson had no answer.

An incredible performance from the Belgian on his debut year to beat Gary Anderson and become the 2020 Betfred World Matchplay Champion! pic.twitter.com/U9PcWPnd5P

“I am the winner of this tournament. Wow. Give me a few extra hours, I think I need them. What a beautiful trophy I have in my hands,” Van den Bergh told Sky Sports.

“They call it the Phil Taylor Trophy, that man I have seen him play so many times and in so many tournaments.

“Gary Anderson, I have seen him play in the BDO World Championships and have always been a massive fan – I still am.

“Now I managed to win against a player like that, for a trophy named like this one? Wow, just wow.

“I am making my dreams come true.”

Anderson added: “He played well right from the word go. I wasn’t even close, I was lucky I got a few legs off him. He has played well the whole tournament so fair dos to him.”

A dream come true for ‘The Dreammaker’ as he is crowned the 2020 Betfred World Matchplay Champion! pic.twitter.com/DX4WWswQVa

Both players were slow out the blocks but it was Van den Bergh who held a 3-2 lead at the end of the first quarter.

A 130 finish from two-time champion Anderson put him 6-5 ahead and yet that was topped by Van den Bergh in the next leg when he took out 170.

Momentum was with the 26-year-old and after landing the first maximum of the final, he would take three legs in a row between the end of the second quarter and start of the third to move 10-7 in front.

Anderson did very briefly halt the charge, although Van den Bergh’s confidence was sky high and a 124 checkout was followed by 132.

When the twice World Championship winner missed a double to reduce the arrears to five, the end was almost near.

He missed another before Van den Bergh took out double 16 to clinch an 18-10 win and scoop the title on his tournament debut.