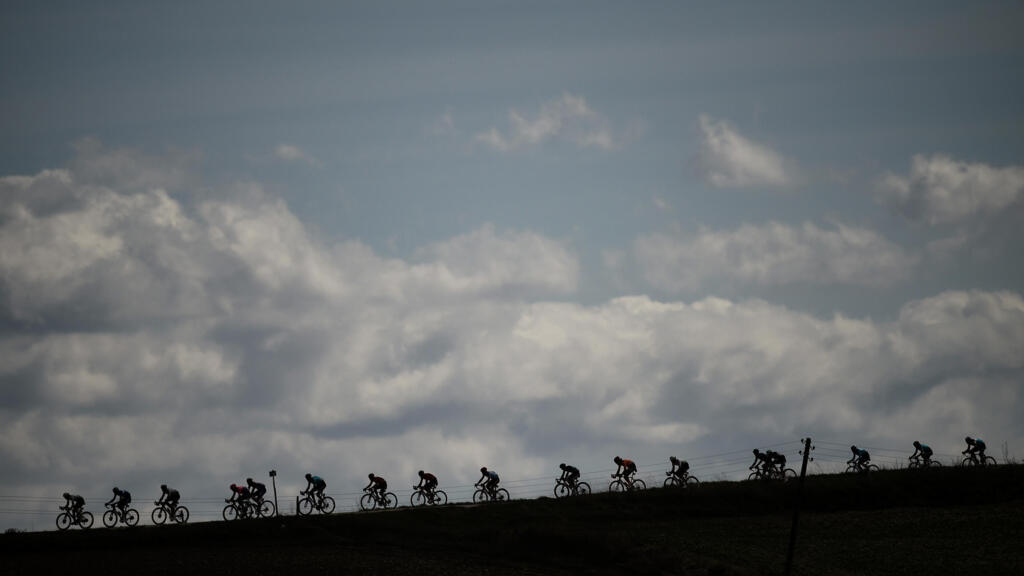 After breaking sweat in the Tour of Burgos this week, cycling moves up a gear on Saturday with the Strade Bianche, the first World Tour level race in 139 days.

Elite-level cycling climbed out of the saddle on March 14 after Nairo Quintana won the seventh stage of the curtailed Paris-Nice. On Saturday, racing resumes in Italy and France.

While the one-day Strade Bianche carries the prestige, many of the sport’s big names will be at the mountainous four-day Route d’Occitanie as riders try to plan their seasons across an unfamiliar calendar.

A crowded and unfamiliar calendar

Originally scheduled for March 7, the Strade Bianche will present a different test on its famous white dirt roads with temperatures in the high 30s Celsius in the heat of the Tuscan summer.

The illusion that cycling is returning to normal is maintained with the Milan-San Remo classic on August 8.

While the length remains an intimidating 299 kilometres (185.8 miles) and the famous finish is the same, the switch from March has forced changes to the route as mayors along the Italian Riviera decided they do not want to add to their summer traffic congestion.

Further down the road, the International Cycling Union (UCI) has tried to squeeze as many events as possible into 100 days in countries that will allow racing.

More than ever, teams will be campaigning upon two or even three simultaneous fronts.

Teams and riders are trying to limit travel.

Vincenzo Nibali has opted to race almost entirely in Italy and opted out of the Tour de France (August 29 to September 20), although that does open the way for his one brief foreign expedition: across the border for the road race that closes the World Championships in Switzerland (September 20-27).

On the other hand, riders and teams targeting the Tour de France (Egan Bernal at Ineos, Primoz Roglic of Jumbo Visma) have set up a training camp in France, which also allows them to carry out course reconnaissance.

For many teams, success on the Tour, even if only in the shape of a stage victory, has become the focus of the shortened season.

The Route d’Occitanie opens this weekend with Tour winners Bernal and Chris Froome and French hopefuls Thibaut Pinot and Romain Bardet. Next up, the three-day Tour de l’Ain, has Bernal, Geraint Thomas, Roglic and Quintana.

The Dauphine, a traditional Tour rehearsal which has moved to August 12, will bring together almost all the candidates for the yellow jersey.

How are your legs?

“You can work as hard as you want in training, everything is different in the race,” Nibali told Italian newspaper La Gazzetta Dello Sport this week ahead of the Strade Bianche. “It’s the race that will do the talking.”

The question is even more confused for four-time Tour de France winner Froome.

He suffered an appalling crash in June last year and returned for the UAE Tour only for the race to be cut short. At the start of July he announced he was leaving Ineos for Team Israel next season.

Will he be able to race at the highest level? Even if he is will Ineos, with Tour winners Bernal and Thomas to keep happy, pick him?

They’re starting, will they finish?

The rearranged season could still be derailed.

The return of cycling in Spain with the Tour of Burgos ended up closely following an increase in cases in the country.