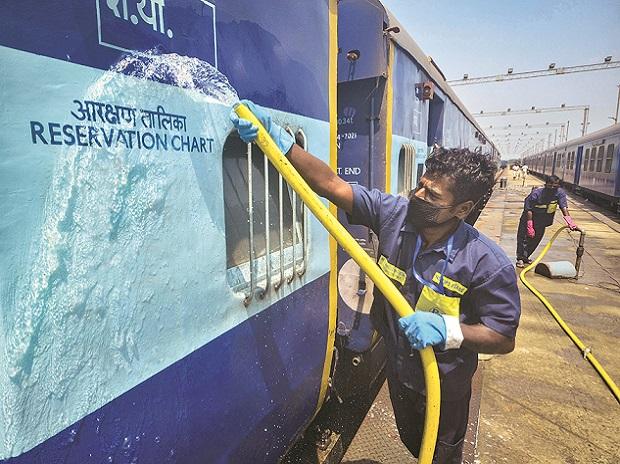 The world’s highest railway bridge over river Chenab in Jammu and Kashmir will be ready by next year, and will connect the valley with the rest of India by train for the first time by 2022

The world’s highest railway bridge over river Chenab in Jammu and Kashmir will be ready by next year, and will connect the valley with the rest of India by train for the first time by 2022, officials said on Sunday.

The bridge, which has a central span of 467 metres, is being built at a height of 359 metres from the bed level. The height of Qutab Minar in Delhi is 72 metres and that of the Eiffel Tower in Paris is 324 metres.

“This is the tallest railway bridge in the world and the maximum designed wind speed for the bridge is 266 kmph,” a senior government official said.

The construction work of the bridge was accelerated in the last one year under the direct supervision of the top echelons of the central government, the official said

According to the plans, Kashmirwill be connected with train by December 2022.

The last remaining section, the 111 km Katra-Banihal section is currently under execution.It is targeted for completion in December 2022. The 126 km out of 174 km of tunnels on this section has already been completed.

There has been a greater push in the last one year for implementation of various projects under the Rs 80,068 crore Prime Minister’s Development Package (PMDP) announced on November 7, 2015, the official said.

The package is meant for strengthening socio-economic infrastructure and balanced regional development of Jammu and Kashmir.

The programme touches practically every sector and provides for massive investments in basic infrastructure, another official said.

A total of nine projects with an outlay of Rs 21,441 crore were transferred to the UT of Ladakh.

“The work in the PMDP since June 2018 and particularly in the last one year has been the rapid and unprecedented,” the official said.

Bottlenecks, which were holding up as many as nine projects about two years ago, have been removed.

Some of the major PMDP projects which have witnessed considerable progress or have been completed in last one year include the Rambagh flyover in Srinagar, which was opened for traffic after a delay of over five years

The IIT Jammu has started functioning from its own campus and over 2 lakh sq ft area was newly created for it.

With this, Ladakh now stands connected to the national grid.This has ensured grid connectivity and reliable quality power supply to the Ladakh region.

Ladakh can be supplied power in winter and surplus power can be evacuated from there in summer, reducing reliance on diesel, boosting economy and protecting environment, the official said.

Construction work of AIIMS in Jammu has started. Two years ago, the land for the project had not been handed over and the project was stuck up for want of land and other clearances

Similarly, the AIIMS at Awantipora (Kashmir) project was stuck for want of land and other clearances. Now, the tender for the AIIMS campus at Awantipora has been floated and is likely to be awarded soon.

The semi ring road in Jammu will be completed by next year and all land acquisition and related hurdles have been removed.In this project, 30 per cent of the work has already been completed.

The 8.45 km new Banihal tunnel will be opened by next year as 86 per cent of the work completed.

Work on major roads like JammuAkhnoor Road, Chenani-Sudhmahadev Road has been accelerated

A sum of Rs. 881 crore has been earmarked for rebuilding of health institutions

As many as 144 projects have taken up and work on 60 projects completed while work is underway on 80 projects at a fast pace.

Officials said a number of projects have been taken up to prevent floods.

The Rs 2,000 crore Jhelum flood recovery project was a key one aimed at increasing the carrying capacity of the river Jhelum and the flood spill channel.

Phase-1 of the programme at a cost of Rs 399 crore is already nearing completion.This has resulted in the discharge carrying capacity of Jhelum being increased by 10,000 cusecs.

Phase-II of the programme will begin shortly and when completed, it will increase carrying capacity by an additional 15,000 cusecs.

Jammu and Kashmir, particularly the Kashmir division witnessed the worst-ever floods in 2014.