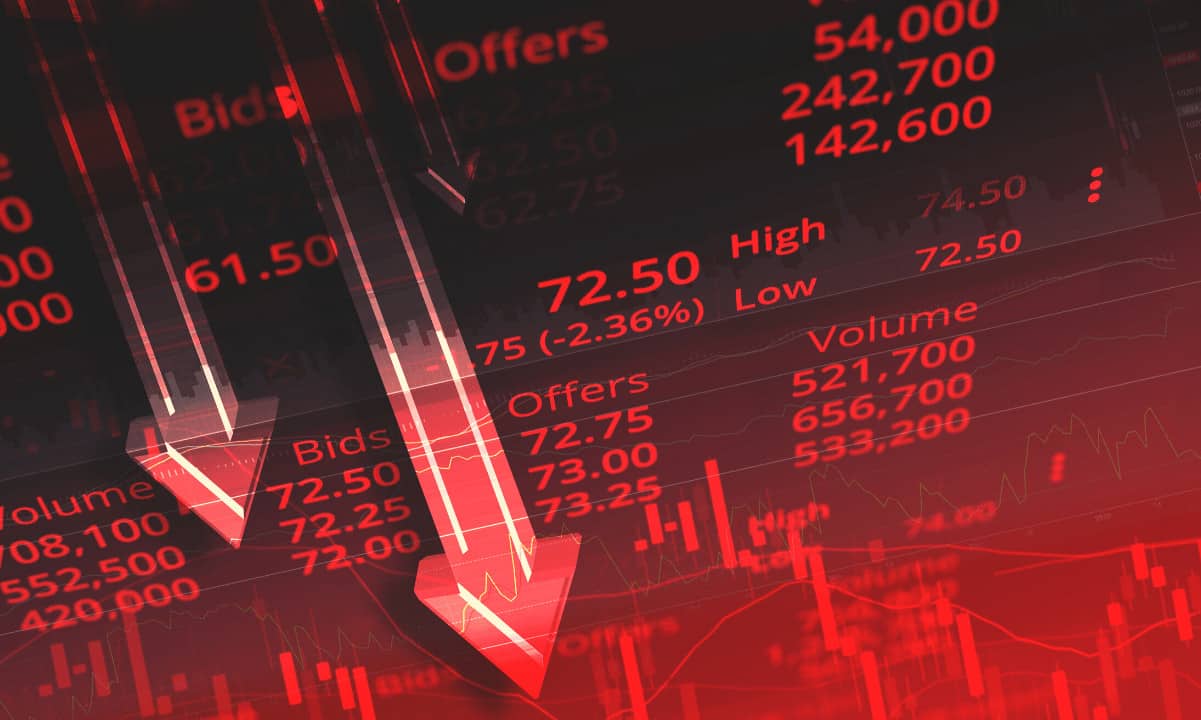 634
SHARES
1.4k
VIEWS
Share on TwitterShare on Facebook
After consolidating around $47,000 for several days in a row, bitcoin dumped by double-digit percentages in the past 24 hours to a three-month low beneath $43,000. The altcoin space is also deep in the red as the entire market cap lost $200 billion in a day.

The past several days seemed quite untypical for bitcoin as the asset remained relatively still around the $47,000 mark. A few exceptions came and disappeared quickly when the bears halted each attempt to go higher rather quickly.

This 11% daily decline meant that BTC reached its lowest price line since September 30th, beneath $43,000. As of now, it has added a few hundred dollars, but it’s still below that particular line.

Moreover, its market capitalization has decreased to just over $800 billion. This correction coincided with similar price developments in the stock markets following a Fed announcement in regards to its balance sheet.

Altcoins See Nothing But Red

As it generally happens when BTC heads south vigorously, so do the altcoins. Ethereum dabbled with $3,800 for a few days before the market-wide correction pushed the second-largest crypto down to its current price line below $3,400, meaning a 12% daily decline.

The rest of the larger-cap alts have lost similar percentages in a day. These include Binance Coin, Solana, Cardano, Ripple, Polkadot, Terra, Avalanche, Dogecoin, Shiba Inu, and MATIC.

Ultimately, the cumulative market cap of all digital assets lost roughly $200 billion in a day, and the metric is down to just over $2 trillion.