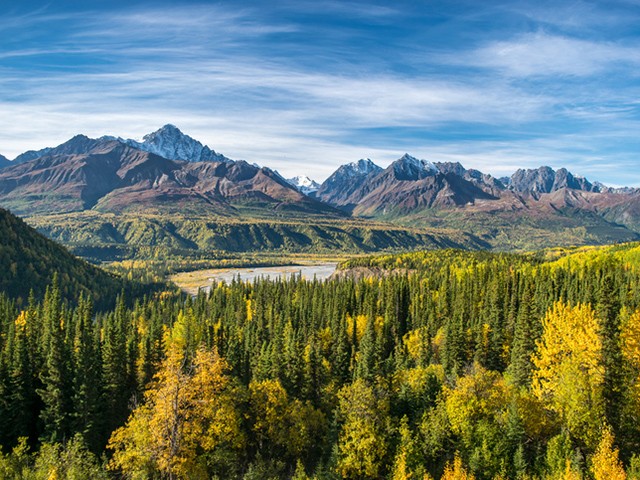 The U.S. Army Corps of Engineers released its final environmental impact statement on Friday which found gold and copper mining in Alaska “would not be expected to have a measurable effect on fish numbers.”

That clears the final hurdle for the Corps to issue a permit this year to Northern Dynasty Minerals Ltd., the Canadian company that has proposed the mining operation in the state.

Environmentalists oppose the project and the Obama administration did what it could to keep the Alaskan wilderness off limits to energy production.

“In a scientific review conducted under the Obama administration, the U.S. Environmental Protection Agency found that the mine could result in ‘significant and unacceptable adverse effects’ on fishery areas and ecologically important streams, wetlands, lakes, and ponds,” the Los Angeles Times reported.

Tom Collier, chief executive of Pebble Limited Partnership, the U.S. subsidiary of Northern Dynasty, said in the Times report that the Corps’ process was “extensive, rigorous and transparent,” and not in fact rushed, taking more than two years, about average for environmental reviews in Alaska.

“Unequivocally, repeatedly, the document concludes, as the draft did, that we’re not going to do any damage to this fishery, period,” Collier said. “We changed the project to address environmentalists’ concerns, and the project we took into permitting had been ‘de-risked.’”

The Times reported on opposition to the project:

The new report is a setback for the project’s opponents, who accuse the Trump administration of politicizing a review process as part of a broader national campaign to roll back decades of environmental protections.

“The Army Corps’ conclusion that all of this will have ‘no measurable effect’ on Bristol Bay’s salmon fishery would be laughable if it weren’t so disturbing,” said Taryn Kiekow Heimer, a Natural Resources Defense Council senior advocate. “The Trump administration just ran roughshod over the input it received from its own agencies, independent scientists, Bristol Bay tribes, and commercial fishermen.”

“For the Army Corps to rubber-stamp a massive, toxic open-pit mine in the headwaters of a national food source just doesn’t make sense,” said Andy Wink, executive director of the Bristol Bay Regional Seafood Development Assn. “What the Pebble Partnership has proposed is essentially one big experiment with no real science or data to back it up.”

Despite the report’s finding, the Times reported that the mine “would destroy” 2,000 acres of wetlands and 100 miles of streams but would also generate up to $1 billion a year in sales of gold, copper, molybdenum, and other commodities.

The Times also noted the production of natural gas at the mine site, which would benefit residents of the state, according to a June article published in Petroleum News:

Pebble Mine, as currently proposed, will draw 50 million standard cubic feet per day of natural gas through a 12-inch subsea and overland pipeline from the lower Kenai Peninsula to its site in southwest Alaska for power generation, Pebble spokesman Mike Heatwole told Petroleum News in a June 4 interview.

Heatwole said mine developer Pebble Partnership designed the pipeline and the powerplant to deliver more power than the proposed copper-gold-molybdenum-silver mine needs, in part to make power available to local residents.

The communities in the region near the mine site currently rely largely on fuel oil or gasoline — which must be barged or flown in — for power generation.

“We’ve long said that our view is, one of the big opportunities that comes with a project such as Pebble is the infrastructure that of course comes with it, and we use the example of the hydroelectric power facilities down in Juneau where the mines put them in and eventually turned them over to the city for their electrical power,” Heatwole said.

The Petroleum News story said logistics for gas distribution would have to be arranged by local utilities.