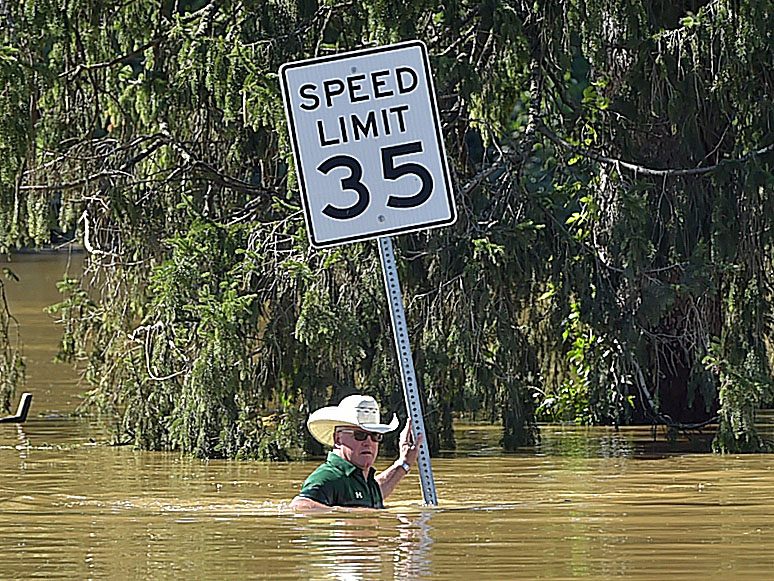 Americans Are in Total Denial About Flooding

Americans Are in Total Denial About Flooding

In the Pacific Northwest, farmers, Indigenous groups, and governments are struggling to reach consensus over how to manage the Nooksack River in a time of devastating flooding, Mother Jones reports. On Manhattan’s Lower East Side, some community members and environmental groups in the past year have fought the city’s flood protection plans because they imperil a beloved waterfront park. In Congress, centrists and Republicans are blocking the Build Back Better package, which contains billions of dollars for flood control.

The United States will face a 26 percent increase in flood risk over the next three decades. But the problem’s already here: According to a study by the First Street Foundation, nearly 13 percent of all properties in the U.S. already face either a “substantial” or an “almost certain” risk of flooding. Flooding currently costs us $32 billion a year. Flood control should therefore, in theory, be one of the easiest aspects of the climate crisis to get people to act on: The dangers are immediate, visible, and quantifiable. So why are Americans so incapable of forging a working consensus?

Surviving the climate crisis in a democracy is a crash course in learning how to act in the common good. At the federal level—with Build Back Better stalled due to fossil fuel money, egos, and denialism—some funding for flood protection is stymied by bad actors for whom the idea of the common good is a category error. And that’s something we have to expect as we work to end our dependence on fossil fuels and solve the problem at its source: A kleptocracy of lobbyists and donors will try to stymie our every move.

But flood protection does not demand the reimagining of capitalism, or even that we drive a different kind of car or accept a specific scientific explanation of climate change. Protecting one another from drowning seems straightforward. And still, it’s a political struggle. Most of the people fighting over East River Park’s flood mitigation strategy in New York City, or the Nooksack River in the Pacific Northwest, probably agree that climate change is real. But what the inability to agree on something as basic as flood protection reveals is that our society is not wired for consensus.

One problem is that the people with the least social power tend to be most affected by flooding. Research released late last month, using data from the Army Corps of Engineers and the U.S. Census, showed that while flooding at present disproportionately affects poor white people, in the near future predominantly Black neighborhoods will suffer the most. To be specific: By the middle of this century, the census tracts with the largest proportion of Black residents will face twice the flood risk of neighborhoods with the smallest number of Black inhabitants.

In our society, the common good has long been whatever elites say it is. As a result, waterfront properties in Marin or Miami, though some of these are also doomed, probably have a better chance of being protected than thousands of homes occupied by poor, Black Americans living in floodplains.

On the Lower East Side, the people most in need of protection from the East River flooding are the residents of public housing. They also love the park, but they don’t want to drown in the next big hurricane—everyone there remembers that during Sandy, as journalist Keith Gessen has reported, the neighborhood’s streets, even the FDR Drive, “became the river.” My son loved playing baseball in East River Park. He’ll be in college when the renovations are complete, the new park elevated to protect the neighborhood, with new trees and new ballfields. We’ll miss it terribly, but we also aren’t likely to die or go hungry in the next storm: We do not live in the projects. We live about 60 feet above sea level.

Making matters worse, after decades of living under neoliberalism—a word best summarized by Margaret Thatcher’s famous late-twentieth-century proclamation, “There is no society. There are only individuals”—many people are skeptical that the government can act in their interests, and with good reason. When the city has developed so little parkland for us to enjoy, why would people agree to give any of it up, even temporarily? Or in the Nooksack River case, why would the Indigenous tribes trust governments to protect the salmon upon which their livelihood and culture depends? Why should the farmers have faith in a society so poorly managed that during the flooding in the area late last year, many had to shoot their cows to prevent them from drowning?

The solution to this crisis of consensus and confidence—and to the flooding itself—is Margaret Thatcher’s nonexistent society. We must quickly rebuild it, both conceptually and its physical infrastructure. Encouragingly, and perhaps surprisingly, we may have begun.

Consider two places we’re thoroughly sick of hearing and thinking about: Capitol Hill and the White House. The bipartisan infrastructure bill passed by Congress and signed by the president last fall is, according to the American Flood Coalition, a “historic” investment in flood resilience: $34.7 billion. The law authorizes money to upgrade aging sewer systems (as a taxpayer who has had to Wet Dry Vac my basement at least twice in the past year due to sewer overflowing in storms, I am thrilled) and improve coastal resilience, including by restoring wetlands. It also provides numerous channels to get funding to local communities for flood-control projects.

As big as it sounds, the infrastructure bill will barely dent the ballooning need: The Army Corps of Engineers, which gets $17.1 billion for flood resilience projects, currently has a $96 billion backlog. Still, it’s is a bigger start than we’ve ever seen.

Good Democratic leadership would not overlook the centrist and Republican sabotage of Build Back Better but would also brag more about the benefits to communities from the resilience measures in the bipartisan infrastructure bill. The flood funding in this bill will save lives and millions of homes. It will save countless households, farms, and communities from ruin. Such investment also has broad economic benefits: Johns Hopkins researchers found that every billion invested in flood resilience creates 40,000 jobs (that’s not counting jobs saved when a store, restaurant, beach, or factory is not destroyed by flooding). Renewable energy gets more attention for its job-creation potential, but saving us all from flood damage is also meaningful and potentially well-paid work.

The people who are boasting about flood resilience aren’t who you’d expect. When she voted against the bipartisan infrastructure bill, Texas Congresswoman Kay Granger called it a “socialist plan.” She did not mean that nicely. But The Los Angeles Times reported that when the Army Corps of Engineers announced it was using some of its money from the bill for a $403 million flood-control project in her Fort Worth district, Granger was quick to cheer it on. Other Republicans who publicly hated on the bill and voted against it have gone so far as to take credit for its flood-control initiatives, among them Louisiana’s Representative Steve Scalise, who put out a press release highlighting $400 million in funding for such projects.

Even the most conservative Republicans realize flood control is popular and necessary, or they wouldn’t be touting it so hypocritically. They’re just going to do everything they can to stand in the way of creating the kind of society from which such life-saving policies can emerge. If Democrats have any interest in saving more lives and winning more elections, they should get very specific and loud about that hypocrisy, who actually deserves credit for the infrastructure bill, and why Build Back Better’s climate adaptation provisions are still needed—right now. 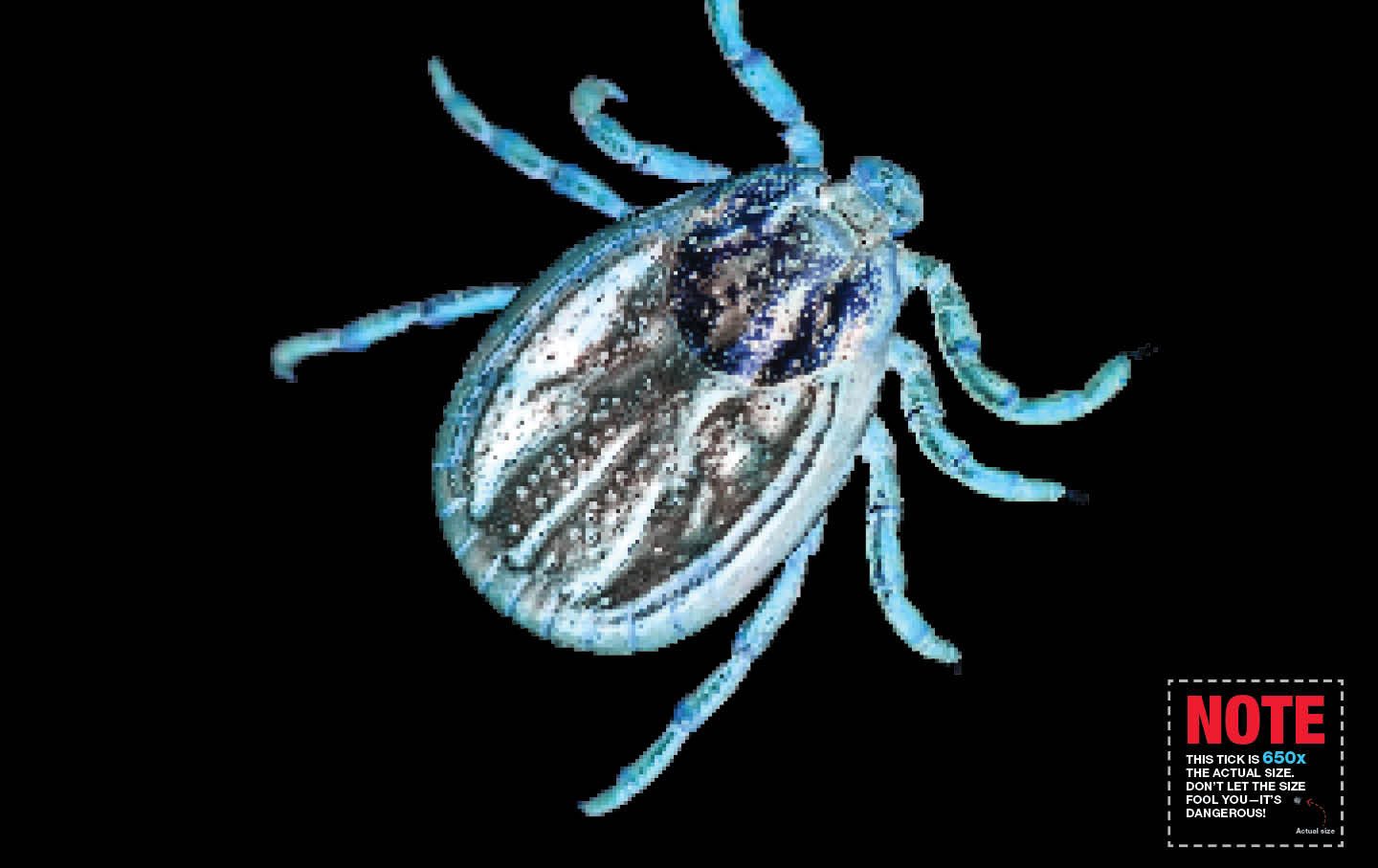