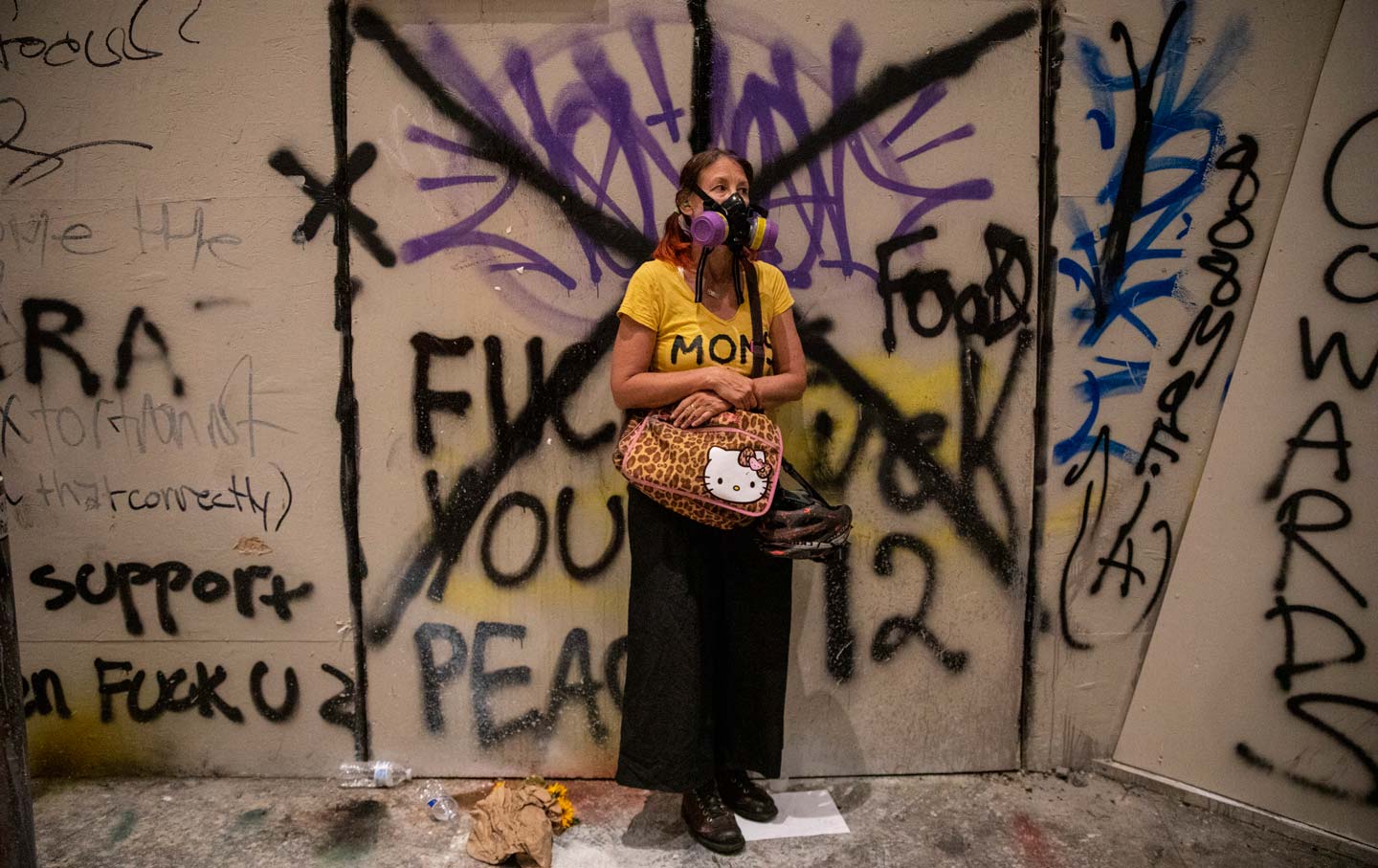 Another Long Day of GOP Disrespect for Women

Another Long Day of GOP Disrespect for Women

I didn’t love the Democratic Party’s “war on women” rhetoric against the GOP in 2012, though it seemed to work. And sometimes it was hard to know what else to call it. The new GOP House majority opened the 2011 session trying to defund Planned Parenthood. Rush Limbaugh called Georgetown student Sandra Fluke a “slut” after she lobbied for contraception without a co-pay under the Affordable Care Act. Missouri Senate candidate Todd Akin insisted women couldn’t get pregnant during rape (and thus opposed a rape exception from abortion bans) because our bodies “have a way of shutting that whole thing down.” Newly elected GOP state legislatures enacted myriad abortion restrictions (including Virginia’s attempted “transvaginal ultrasound” requirement). If it wasn’t a war, it certainly looked like a deliberate effort to make the GOP the party of white men.

But by 2016, many Americans, including women, seemed inured to GOP misogyny. Donald Trump lost the women’s vote overall, but he won white women 47-45, according to a 2018 study by the Pew Research Center (exit polls had that figure at 52-43, but most researchers who looked at election data later concluded that was wrong). Hillary Clinton, who thought Trump’s admitting a star like him could “grab ’em by the pussy” would be a deal breaker for white women, was wrong.

Or maybe not. Trump’s election inspired the largest multiracial mass movement of women the nation has ever seen, from the Women’s Marches that dwarfed his inauguration crowds to the unprecedented number of women who ran for office—and won—over the next two years. In November 2018, Democrats essentially split the votes of white women but won 60 percent of the college-educated among them. The most recent Washington Post/ABC News poll shows that 56 percent of white women disapprove of Trump’s performance as president, as do 61 percent of white women college graduates.

Then came Tuesday, with nonstop breaking news featuring all the creative ways Republicans are finding to disrespect women—even Republican women. Midday, we learned that Florida Representative Ted Yoho called New York Representative Alexandria Ocasio-Cortez “disgusting,” crazy, and a “fucking bitch” for suggesting poverty and Covid’s prevalence in low-income neighborhoods could partly account for rising crime rates. Around the same time came reports from a fractious House Republican Caucus meeting where Freedom Caucus leaders ganged up on the only woman in party leadership, GOP conference chair Liz Cheney, for supporting Dr. Anthony Fauci and criticizing Trump. (Cheney seemed unscarred by her encounter with Representative Jim Jordan, coolly noting that her voting record behind Trump is stronger than Jordan’s.) I’m no Cheney fan, but you love to see it.

Later, Trump did find one woman to say kind words about—and it was Ghislaine Maxwell, indicted on sex trafficking charges related to her longtime partner, the late convicted sex offender Jeffrey Epstein. Asked if he had any comment on the charges against Maxwell, Trump said only, “I wish her well.” It raised speculation, not unfairly, that given his long association with Maxwell and Epstein, Trump wants to stay on her good side. Or perhaps he’s signaling a pardon or commutation if she’s convicted.

The long day of disrespect ended with Trump’s Gestapo again attacking and teargassing peaceful protesters in Portland, including a group of women who’ve banded together as Portland’s “Wall of Moms,” to try to form a line of nonviolent protection against the brutal federal force. Now numbering in the hundreds, they chanted, “Don’t shoot your mother,” even as tear gas and rubber bullets came at them. If Trump is trying to lose every suburban woman’s vote—this is a group that turned against Republicans in 2018—brutalizing mothers is an excellent strategy. New Wall of Moms chapters have already formed in New York, Philadelphia, Chicago, and other cities where Trump has promised to send his goons.

What unites these disparate disturbing events is a pervasive GOP discomfort with women who break rules, wield their own power, and won’t stay in their lane. “Moms” are to be cherished—unless they interfere with police violence. Republicans profess to welcome women leaders—but when their only woman leader goes her own way on one or two issues, she must be slapped down. The GOP freakout over Ocasio-Cortez, so much of it showing up as poorly masked sexual panic, is worth a whole book. The only kind of woman worth respecting, apparently, is the wealthy and powerful consort to a wealthy, powerful man who partied with Trump, Prince Andrew, Bill Clinton, and other powerful men—and who might continue to have power over some of them because she has information about their misdeeds.

I should note that Yoho offered a convoluted non-apology apology to Ocasio-Cortez Wednesday morning. “The offensive name-calling words attributed to me by the press were never spoken to my colleagues, and if they were construed that way, I apologize for their misunderstanding.” He continued: “I cannot apologize for my passion, or for loving my God, my family and my country.” But Yoho is retiring this year, so Ocasio-Cortez will have the last word. To prove it, she posted herself on TikTok walking out of the Capitol last night to the song “Boss Bitch.”