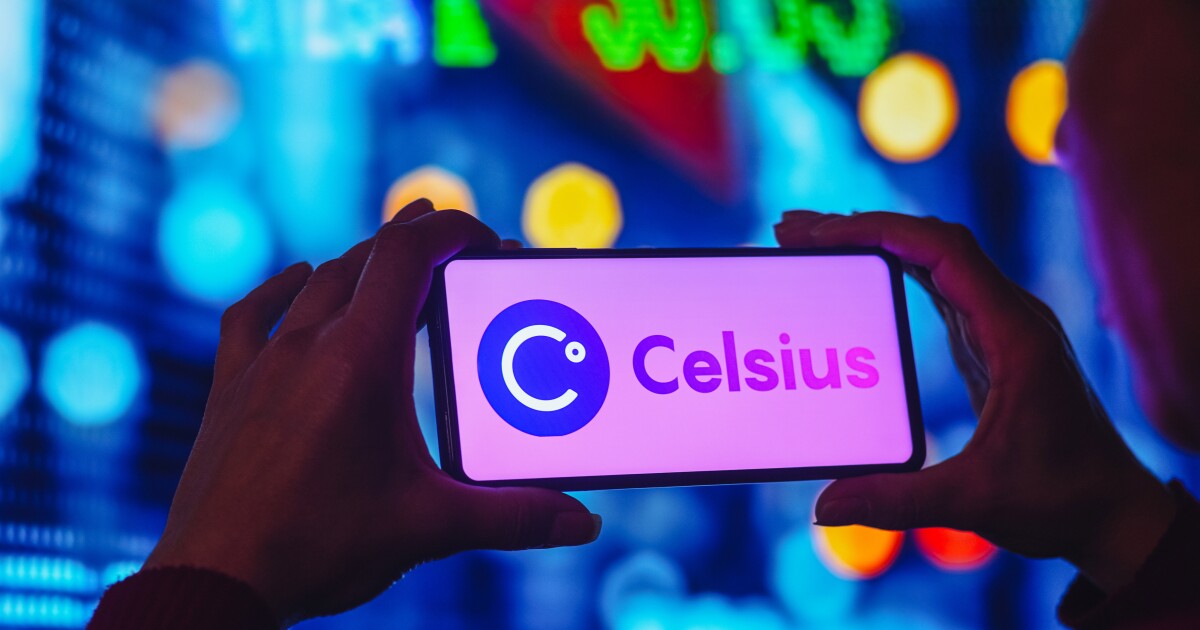 Chapman Shallcross had been burned before. Shallcross, father of current “Bachelorette” contestant Zach Shallcross, spent 34 years in the fire service, retiring from his job as a fire captain for the city of Orange after health issues caught up to him in 2020. The elder Shallcross considers himself a hands-on, blue-collar kind of guy, but when his reality-star son tipped him off to the world of cryptocurrencies, he quickly became fascinated by the technology’s potential.

Now the elder Shallcross is one of nearly 1.7 million people around the globe whose assets are frozen in the Celsius Network, a cryptocurrency lender that promised to be safer than a bank. Celsius froze more than $4 billion in assets on June 12. A month later it filed for Chapter 11 bankruptcy protection, making it one of a handful of crypto firms to implode during the latest market crash.

Many in the cryptosphere are referring to the downfall of Celsius, Voyager and Three Arrows Capital as a “Lehman Brothers moment” for the industry, a nod to the investment bank that collapsed during the 2008 subprime mortgage crisis. Before its crash, the subprime mortgage industry was worth $1.3 trillion. Today’s crypto industry is worth much more — and is not nearly as regulated.

“I thought [Celsius] would be a solid place to put my cryptocurrency; and as it’s turning out, it’s not and it’s horrifying,” Shallcross told The Times.

Also caught up in the Celsius mess are doctors, actors, crypto-enthusiasts, working-class people like Shallcross and even Canada’s second-largest pension fund, Caisse de Dépôt et Placement du Québec, which has around $150 million locked in Celsius.

Shallcross began investing in cryptocurrencies in 2018. He started slow, but after he retired in 2020, he pulled all of his retirement savings out of his state-run CalPers account and bought Ethereum and Cardano, two cryptocurrencies. Shallcross first held his crypto on the exchange BlockFi but transferred it to the Celsius Network in December 2021, which was promising a yield-earning program with returns as high as 17%. He planned for the investment to sit in his Celsius account for about five to seven years before he took it out. But on June 12, he discovered he was suddenly unable to withdraw funds from his Celsius account. He has more than $400,000 locked in his Celsius account.

“I just want access to my crypto,” Shallcross said over the phone on his way back home to Anaheim from a camping trip in Big Bear. “I want to be able to pull it off [Celsius], which by the way is what Celsius promised.”

Celsius was founded in 2017 by Alex Mashinsky. Wearing a black T-shirt with “Banks are not your friends” written on it, Mashinky hosted weekly ask-me-anything sessions with Celsius customers. He claimed Celsius was able to achieve high returns for customers by operating similarly to a bank. Users could deposit various cryptocurrencies or the U.S. dollar into Celsius. Celsius then loaned the assets to financial institutions willing to pay high interest rates on the short-term loans. This was called the “Earn Service” for Celsius users.

Celsius urged international users to take the interest payment in the form of their own cryptocurrency, the CEL token, for a higher return. CEL is not legally traded in the U.S. In the terms and conditions for the Celsius Network, users were not simply depositing their money like they would in a bank. Technically, they were loaning digital assets to Celsius, essentially making user deposits unsecured loans. Buried in its terms of use, Celsius stated that if the company were to become bankrupt, users’ assets “may not be recoverable” and users “may not have any legal remedies or rights.”

James Murrow also found Mashinsky convincing. Murrow and his wife, Hui, have more than $60,000 locked in their combined accounts. The two recently moved from the Bay Area to Oklahoma due to California’s high cost of living. Murrow’s main concern regarding Celsius is that the “little guys” will be stuck with the bill once again.

“Alex Mashinsky really talks a great story,” Murrow told The Times. “Unfortunately for him he’s lied. He’s lied a lot. It turns out that there was all sorts of risky investing that [Celsius was] doing with our money.”

The California Department of Financial Protection and Innovation also took notice of Mashinky’s actions. In a desist and refrain order issued on Aug. 8, DFPI states that more than 48,000 Californians with assets worth $650 million are involved in Celsius’ frozen assets. DFPI ordered Celsius to stop offering securities to customers based in California while making “untrue statements of material fact or omissions of material fact.”

The order also alleges Mashinky himself misled users. “Mashinsky represented on numerous occasions that even in a worst-case scenario, Earn Rewards Investors would be able to timely withdraw their investments and would not suffer losses on their investments, and continued to make representations that it was safe to deposit assets with Celsius even in the days leading up to the company’s decision on June 12, 2022, to suspend customer withdrawals,” the order states.

Asked to respond to Murrow’s comment and the DFPI order, Celsius pointed the Times to its blog and Twitter account, both of which advise users on the status of the Celsius’ bankruptcy proceedings.

The government can do little to combat shaky financial advice. A plethora of YouTubers, TV pundits and Twitter users offer up all kinds of financial advice at all hours of the day. Laws regulating crypto firms like Celsius are rather piecemeal and left mostly to the states. The FDIC, which insures bank deposits up to $250,000, offers no such protection for investments in crypto institutions.

Celsius is currently under investigation in Alabama, Kentucky, New Jersey, Texas and Washington. New Jersey issued a cease and desist order against Celsius that went into effect on Nov. 1, 2021, alleging the company sold unregistered securities in violation of New Jersey law. Celsius’ headquarters are in New Jersey, where at least one class-action lawsuit has already been filed against the firm. In New York, state Atty. Gen. Letitia James is soliciting New Yorkers who believe they may have been deceived by Mashinsky or other cryptocurrency platforms.

On Aug. 3, a bill was introduced in the Senate that would bring crypto regulation under the Commodities Futures Trading Commission. The much better-funded Securities and Exchange Commission currently performs most crypto enforcement. The SEC does not comment on the existence or nonexistence of possible investigations, a spokesperson told The Times.

Shallcross is torn about the possibility of regulation for the crypto industry. He likes and believes in the decentralized, anti-government aspects of cryptocurrencies and blockchain technologies. He doesn’t plan to sell his crypto even if he is able to get it back. He is in it for the long haul, he said. In the cryptosphere he is “HODLing,” or “holding on for dear life.”

“I think decentralization is good and I think blockchain technology and cryptocurrency can be great,” Shallcross said. “But when you get slapped in the face with losing your whole retirement savings, you can’t help but go, ‘Hey I sure wish there was some kind of regulation that would have prevented this.’”