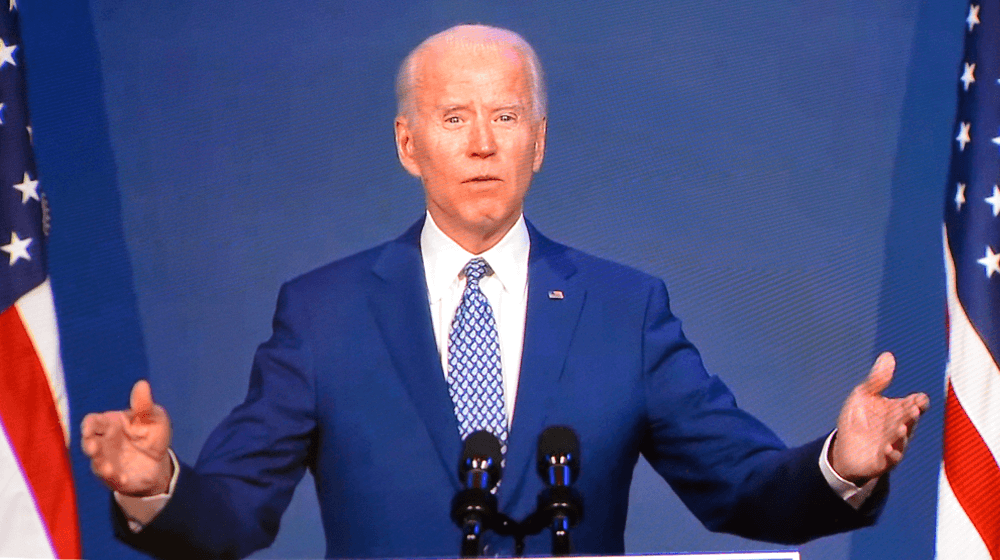 Biden Vaccine Mandate Reinstated for Businesses with 100-plus Employees

Biden Vaccine Mandate Reinstated for Businesses with 100-plus Employees

The Biden Administration’s nationwide vaccine-or-testing Covid-19 mandate for large businesses has been reinstated by the U.S. appeals court after originally being blocked. However, opponents of the mandate intend to now ask the Supreme Court to intervene.

The Cincinnati-based 6th U.S. Circuit Court of Appeals lifted an injunction passed in November that prevented the mandate from becoming part of the Occupational Safety and Health Administration (OSHA) regulations. Biden’s mandate applies to businesses with 100 workers or more which would cover around 80 million American workers.

Opponents of the mandate moved quickly after the ruling, with Reuters reporting that at least three petitions were filed with the U.S. Supreme Court requesting intervention to block the mandate again.

One of the petitions was filed by a body of business groups representing retail, wholesale, warehousing, transportation, travel and logistics. One of their issues with the mandate is the potential for workers to quit their jobs instead of getting vaccinated. Their petition read: “The resulting labor upheaval will devastate already fragile supply chains and labor markets at the peak holiday season.”

The mandate’s opponents were supported on social media by the South Carolina Attorney General Alan Wilson, who said: “While we are disappointed in the Court’s decision, we will continue to fight the illegal mandate in the Supreme Court. We are confident the mandate can be stopped.”

The appeal court’s ruling to reinstate the mandate was 2-1, with the majority rule coming from the Barack Obama-appointed Judge Jane Stranch and the George W. Bush-appointed Judge Julia Gibbons. The losing vote was cast by Judge Joan Larsen, appointed by Donald Trump.

The ruling also set the deadline for compliance for January 4, although there may be some wiggle room for employers due to the mandate being blocked for several weeks.

Some big businesses have experienced stronger resistance to vaccinations than others, with Boeing suspending their own mandate plans in part due to significant resistance among their workers. Boeing’s mandate was also intended to go hand in hand with the Biden mandate, but now the back-and-forth court rulings have caused a change of plan.

Other companies have had much more success introducing vaccine mandates, including United Airlines who have increased their number of vaccinated employees. The company reports only a small number of workers who continue refusing to get vaccinated.

Biden’s vaccine requirement for healthcare workers was also blocked by courts in half the states, while the vaccine mandate for federal contractors was blocked throughout the country.

While Biden’s mandate was a response to the influx of new infections and the threat of much more to come, the backlash to its implementation and the legal challenges it faces are causing confusion amongst employers. The New York Times reports that another headache for employers is the varying vaccine rules being applied by different cities and states.

President Biden first announced the mandate in September, with the new OSHA regulations intended to increase the adult vaccination rate to help fight the ongoing pandemic. So far the various Covid-19 strains have killed over 750,000 Americans as well as damaging the economy, with the latest Omicron strain already spreading rapidly all over the world.