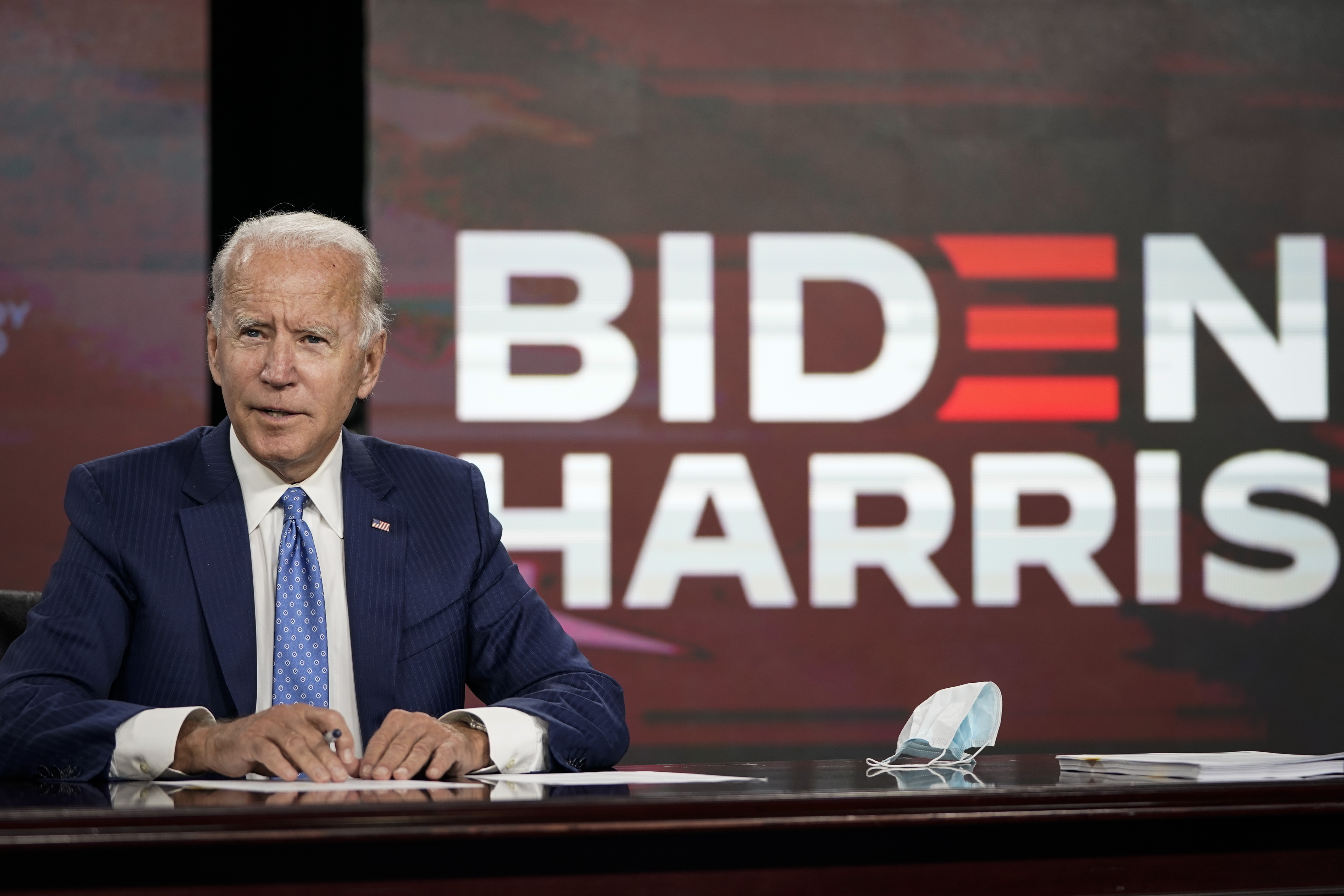 With the tiresome necessity of political convention season concluding, we now enter the homestretch of a long two years of presidential campaigning. Here, we will see exactly how Joe Biden plans to argue his case. According to an Associated Press story on Wednesday, it will involve plenty of celebrities. Biden’s superstar backers are “flooding the zone as much as possible,” in the words of Michelle Kwan, the Olympic figure skater and a seasoned Democratic celebrity surrogate.

It is hard not to get chills hearing about Biden’s reliance on his superstar allies, given how the same sort of strategic deployment turned out for Hillary Clinton. But so far, Biden is taking a slightly different approach. His gang is a little more … distinguished. Experienced. Seasoned. We’re talking Carole King, James Taylor, David Crosby, Barbara Streisand, Sheryl Crow—singers of the same vintage or earlier as the musicians Homer Simpson got roasted by his kids for liking in the “Homerpalooza” episode. Which aired in 1996.

Perhaps Biden’s Boomer Bench is a little more authentic than the approach Clinton took four years ago, which dutifully trotted out huge millennial stars like Taylor Swift and Katy Perry, as if to say: This is the shit you idiot kids like, right? Her campaign also engaged in more niche, targeted pandering to young and trendy, more media-savvy audiences, like writing a post for the now-defunct website The Toast and appearing on Broad City. It is a little harder to imagine Joe Biden showing up on a Twitch stream or appearing on the Office Ladies podcast, but there’s plenty of time. After all, he does have Diplo in his corner.

There are advantages to getting celebrities involved in your campaign. For a start, they are super rich. Secondly, their friends tend to be similarly wealthy. And maybe there’s a third advantage, who knows? Focus on the first two. In one revealing story, The Financial Times noted in May that wealthy participants in virtual fundraisers expect a “rain check” on the “perks” that they would usually receive at in-person events, such as getting face time with the candidate. This is the avenue of influence that causes campaign finance reform advocates to warn about these events. It’s definitely a more acute concern when it’s a lobbyist paying hundreds of thousands of dollars to whisper in the candidate’s ear, of course, but it’s not like these multimillionaire celebrities have no interests of their own.

Still, the Biden campaign’s strategy of “flooding the zone” with celebrities may have more to do with trying to attract other, less famous wealthy donors than with attracting donations from the celebs themselves. A Biden campaign official told The Financial Times that they were “preparing to test new fundraising measures, such as deploying more celebrity surrogates,” to make up the gap with Trump’s more robust fundraising. Those less well-known but critical donors—your Average Joe Millionaire—might need an added inducement to shell out if they aren’t going to get to chat to Biden himself. The chance to speak with pop-cultural royalty about politics can at least serve as a memorable part of The Biden Experience.

Celebrities have stumped for Democratic presidential candidates for years, but the genuine love celebrities and musicians had for Obama, who was also perhaps the only president we’ve ever had to come close to being “cool,” greatly accelerated this dynamic. It’s almost easy to forget that Obama was once an outsider candidate, challenging the Clinton status quo, and that—combined with the obvious fact that he stood to break the centuries-long cycle of white presidents—allowed him to accrue no small amount of street cred with hip backers. Obama used indie sad-dad rockers The National’s song “Fake Empire” (which actually doesn’t hold a very positive message about America) in an ad during his primary campaign, and the band played a benefit show in their home state of Ohio for him. This was all very trendy stuff, in 2008. The excitement about Obama was inextricably wrapped up in celebrity, both his own and that of his famous supporters.

Now the same celebs who loved Cool Obama are on the hook for Old Joe. At least one celebrity endorser even explicitly mentioned Obama when endorsing Biden. In an updated version of “Lookin’ for a Leader,” Neil Young sang last month: “Yeah, we had Barack Obama, and we really need him now. The man who stood behind him has to take his place somehow.” Talk about damning with faint praise. But if Obama made it a trend, now it’s mandatory.

One unspoken benefit of celebrity surrogates: It means Joe Biden doesn’t have to do all the campaigning himself, or more specifically, that he doesn’t have to talk so much, thus defusing some of his well-known gaffe risk. Biden reiterated last week that he doesn’t intend to resume active, in-person campaigning, telling Reuters that he and his running mate, Kamala Harris, were “going to follow the science, what the scientists tell us” and that the campaign “will win” despite the candidate choosing to sequester himself at his Delaware home.

It is true that staging large campaign events with lots of people presents unique dangers during the coronavirus pandemic. But there is evidence that suggests outdoor, socially distanced events with masks are lower risk and that President Donald Trump is embarking on “an increasingly aggressive travel schedule” to battleground states, staging “open-air events with small crowds.” There is a whole world of activities Biden could do aside from packed rallies. He could visit reopened schools, or factories, or hospitals—all places where the people he’s asking to vote for him have been required to keep working. But why bother going places, when you have David Crosby just a Zoom call away?

As Sarah Jones noted for this publication in 2016, Clinton’s campaign “employed a candy-colored brand of female empowerment seemingly based on the assumption that white women’s political priorities are influenced by the pop culture they consume.” This time, we have many of the same celebrities and the same heavy-handed effort to Reach Out to Voters, without even a half-hearted invocation of any kind of bigger reason to care about Joe Biden at all. The celebrities’ message will boil down to the same message his campaign has had all along: He’s not Trump.

The Democratic National Convention essentially hammered this case throughout four evenings of virtual content, forsaking much mention of the policies Democrats intend to pursue and striving so mightily to draw disaffected Republicans away from Trump that it studiously avoided any criticism of the GOP beyond its current standard-bearer. It was in many ways reminiscent of Clinton’s myopic anti-Trump focus; the Biden campaign’s firm commitment to not really campaigning also feels eerily similar to Clinton, who spent the summer of 2016 focusing on celebrity fundraisers over campaign events. This election is different for a thousand reasons, but it is hard not to feel the cold wind of November 2016 blowing again.