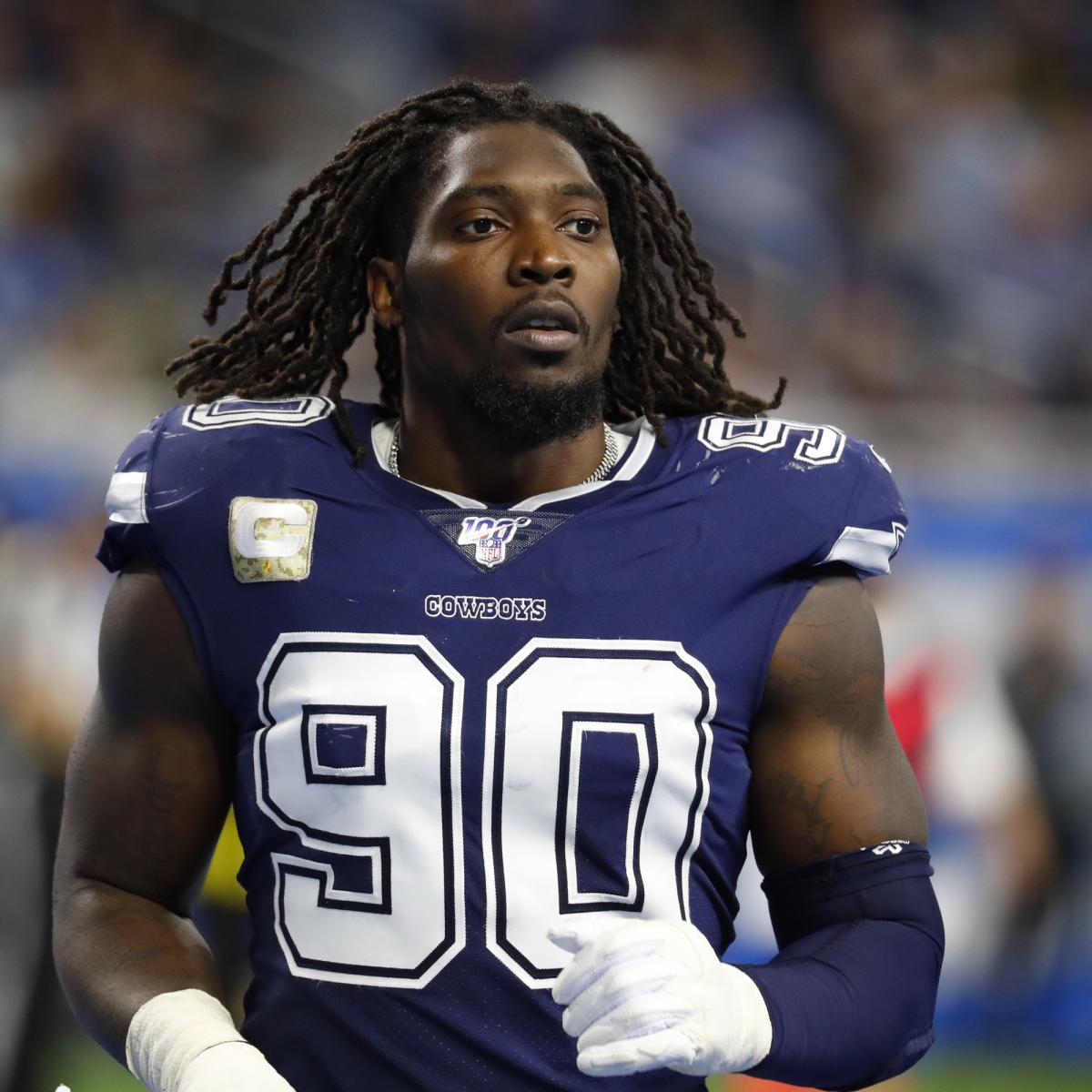 Dallas Cowboys defensive end DeMarcus Lawrence said Saturday that he is unsure if he will report to training camp July 28.

Lawrence told ESPN’s Todd Archer that his wife, Sasha, is pregnant and due in October. As a result, Lawrence has to weigh whether playing during the coronavirus pandemic is worth the risk:

“I’m taking it one time at a time, talking with my team and trying to figure out as many details as possible before I make a decision and have it set in stone. Shoot, I love to ride with my brothers and play the game of football. When I have to take that away from myself, it’s hard and I don’t want to make a decision like that. But I also have to make sure I’m taking care of my family. Family is No. 1. After the game of football is done, that’s the only thing I have to depend on so I’ve got to take care of them.”

Lawrence is coming off a down year, as he finished with just 45 tackles and five sacks last season despite starting all 16 games, but he remains the Cowboys’ biggest pass-rushing threat nonetheless.

The 28-year-old Lawrence first broke out in 2017 when he racked up a career-high 14.5 sacks. He followed that up with 10.5 sacks the following season and was named a Pro Bowler each year.

As a result of his performances in 2017 and 2018, the Cowboys signed Lawrence to a five-year, $105 million contract extension last year.

Lawrence told Archer that he may have to repay some of his $25 million signing bonus if he doesn’t report to training camp, and added: “It’s those type of thing that make you think, ‘Man, are we some pawns? Is my life just a game?’ I know I ain’t got forever to play but at the end of the day, come on, you’re just going to toss me around because you’ve got dollar signs in your face?”

Lawrence finished second on the team in sacks last season, but he is of even greater importance entering the 2020 season since 2019 sack leader Robert Quinn signed with the Chicago Bears in free agency.

The Cowboys did sign pass-rusher Aldon Smith, who was conditionally reinstated by the NFL, and they also have Randy Gregory on their roster, although he remains suspended and is awaiting reinstatement.

While both Smith and Gregory are supremely talented players, the Cowboys can’t necessarily count on either of them making an impact in 2020.

Lawrence discussed the possibility of isolating from his family during training camp and whether that is something he would be willing to do:

“You can incarcerate the body, but you can’t incarcerate the mind. That’s the choice of your freedom. I feel like I’ll be OK. I know my wife’s a strong woman. She always steps forward for our family if we have to make this sacrifice in order to make sure our family is striving and still surviving. Other than that, do I want to? Hell no. But sometimes you have to roll with the punches, stand up, stand your ground and do whatever you have to do to make things happen.”

The NBA and NHL seasons are both set to resume soon, and the MLB season is scheduled to start Thursday. While the vast majority of players are going to compete, some have opted out because of their concerns about COVID-19.

No NFL player has done so yet with the start of the regular season still nearly two months away, but players with high-risk family members like Lawrence will have to weigh their options because of the risk NFL players will be facing since they will be required to travel.