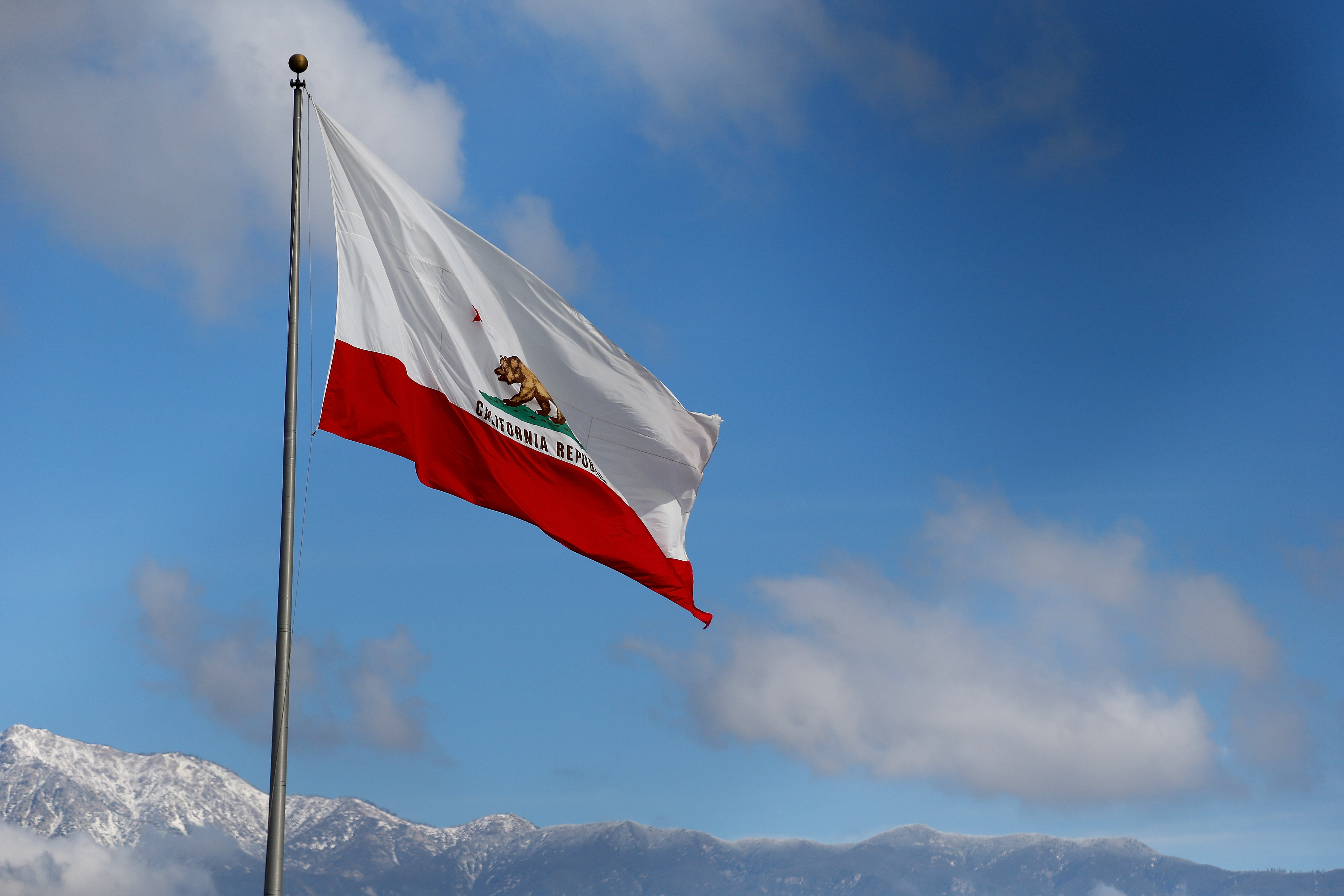 For a Glimpse of the Republican Party After Trump, Look to California

For a Glimpse of the Republican Party After Trump, Look to California

Republican prospects in November are so dire—with President Donald Trump trailing Joe Biden by about 10 points and Biden’s fellow Democrats projected to win a Senate majority and expand their House majority—that speculation has begun about what a post-Trump GOP might look like. A good guess is that it will look like California’s pitifully shrunken Republican Party, which today holds not a single statewide office and only seven of the state’s 56 seats in the House and Senate.

There would be a certain Greek-tragic fitness to such an outcome. The “movement conservatism” from which today’s Republican doctrine descends was born in California’s Orange County, home to the reactionary John Birch Society and to workers in the Pentagon-dependent aerospace industry. Orange County, Harvard historian Lisa McGurr notes in her new book, Suburban Warriors, “took the lead in mobilizing the groundswell for Goldwater in 1964.” Richard Nixon, who as president initiated the GOP’s break with Dwight Eisenhower’s accommodationist “modern Republicanism,” was born in Orange County. Ronald Reagan took movement conservatism statewide when he was elected California governor in 1966, then brought it into the Oval Office in 1981.

As presidential challenger in 1980 to President Jimmy Carter, Reagan embraced the anti-tax doctrine of supply-side economics, whose central tenet is that tax cuts pay for themselves. All subsequent evidence showed that to be demonstrably untrue, but supply-side folklore remains the central pillar of Republican policy. Even moderate Republican Senator Susan Collins claimed to believe, as she cast her vote in 2017 for a $1.5 billion tax cut whose benefits went overwhelmingly to rich individuals and corporations, that the thing would pay for itself. (Spoiler alert: It didn’t.)

Supply-side economics is likewise a California export. It was invented by Arthur Laffer, a professor at the University of Southern California and, later, Pepperdine. (Laffer frequently advises Trump, who, absurdly, gave him a Presidential Medal of Freedom.) More important, the national anti-tax revolt that persuaded Reagan to become a supply-sider grew out of Proposition 13, a draconian California ballot measure limiting property taxes.

Movement conservatism peaked in California in the 1990s. In 1992, Bill Clinton became the first Democratic presidential candidate to win California since Lyndon Johnson; his Democratic successors all won the state, and in 2016 Hillary Clinton captured even Orange County, where registered Democrats now outnumber registered Republicans.

Throughout the Golden State’s Republican ascendency, Democrats nearly always held majorities in the state legislature and among California’s congressional delegation. But in the 2000s, those majorities ballooned. According to Los Angeles Times columnist George Skelton, Democratic officeholders haven’t wielded this much power in California since 1882. The only political conversation in the state that matters today occurs among Democrats.

The turning point, it’s generally agreed, was Republican Governor Pete Wilson’s anti-immigration crusade. In 1994, the Wilson-backed Proposition 187, which denied state services to undocumented immigrants, won 59–41 percent. The measure was thrown out in court, but the lopsided victory energized the state’s Hispanic population, which was growing rapidly even as the Cold War’s end sent conservative aerospace workers streaming out of the state. Between 1980 and 2010, Hispanics’ proportion of California’s population rose from 19 to 37 percent, while the white proportion fell from 66 to 40 percent. The 2020 census will likely show a Hispanic plurality.

The parallel with Trump is striking. Convinced that his anti-immigration policies were a strong electoral asset, Trump played them up before the 2018 midterms—and saw 40 seats flip from Republicans to Democrats. Seventy percent of Americans, it turns out, think current levels of immigration should be maintained or increased.

Since Wilson, California has had only one Republican governor, Arnold Schwarzenegger, and after he left office in 2011 the state party discarded his moderate politics. In the seven California congressional races where Republicans lost in 2018, “Trump at the top of the ticket is the number-one handicap,” GOP strategist Rob Stutzman told the Sacramento Bee last year. But Schwarzenegger’s pleas that the California GOP distance itself from Trump have fallen on deaf ears. It would rather lose than sacrifice its orthodoxies.

The national GOP’s response to losing California has been to blame California. “It has become a fundamental tenet of the modern Republican Party to hate California,” former Republican strategist Stuart Stevens writes in his new book, It Was All a Lie. “Something is deeply disturbed about a political party if it considers the most populous state part of the long list of ‘otherness’ that Republicans see as separating the true America from something dangerous and anti-American.”

The rest of the country is a few years behind California in acceding to diminishing clout for white non-Hispanics. But already the national GOP is losing its interest in majoritarian politics, investing its hopes instead in conservative judges and the Electoral College. Members of Congress refuse to distance themselves from Trump even as Covid-19 is killing more people per capita than in any other nation except Chile and the United Kingdom. Trump was counting on his economic record to win reelection, but unemployment is now over 11 percent, its highest level in eight decades (except, that is, for the prior two months, when it was even higher). Joblessness will likely rise further between now and Election Day—with what looks to a be, thanks to the GOP Senate majority, a drastically diminished program of unemployment relief.

In recent days we’ve seen headlines saying Republican members of Congress are starting to rebel. But in practice, this restive mood is expressing itself in small-bore political symbolism, such as lawmakers electing to be photographed wearing protective masks or declining to support Trump’s payroll tax cut. (Such a cut does nothing for the millions of Americans thrown out of work by the pandemic, which, as it approaches the six-month mark, ought to be retreating but instead is still growing.)

For all his talk about reviving Nixon’s “silent majority,” Trump has never cracked 50 percent in his approval ratings. He didn’t win even a plurality of votes in 2016. It doesn’t matter, from the standpoint of the Republican Party’s political leadership, because Trump consistently commands approval among Republican voters above 80 or 90 percent.

Few Republican officeholders even like Trump (as distinct from liking his tax cuts and his war on environmental and other regulations, which are a continuation of movement conservatism). The anti-Trump Lincoln Project exploited this brilliantly with a recent ad featuring all the insulting things Senator Lindsey Graham said about Trump before he became a Trump sycophant. Most Republicans in Congress likely nodded in agreement in January 2020 when the conservative National Review called Trump “a menace to American conservatism who would take the work of generations and trample it underfoot.” (Since then National Review has mostly surrendered to Trump, as well.)

The most hopeful scenario that commentators envision for a post-Trump GOP is that it will be led by a moderate like Maryland Governor Larry Hogan or Utah Senator Mitt Romney, or perhaps by a conservative who’s demonstrated some independence from Trump, like Nikki Haley or Liz Cheney. There are a number of problems with this conceit—among them that Romney didn’t run for president as a moderate in 2012: No Republican can afford to. But the biggest obstacle is that there’s absolutely no reason to believe electoral defeat will do much to diminish Trump’s support among Republican voters.

Even in defeat, there’s every reason to expect that Trump and his policies will command loyalty from GOP officeholders. The party’s new leaders will be people who either like Trump or do a superb job pretending to—people like Senator Tom Cotton, Senator Josh Hawley, or (God help us) Tucker Carlson. So long as Republican voters cling to a brand of conservatism concocted half a century ago—one that the electoral majority hasn’t favored for some time—Republican politicians will be powerless to change the GOP’s policies.

Welcome, Republicans, to the Hotel California. You can check out anytime you like, but you can never leave.