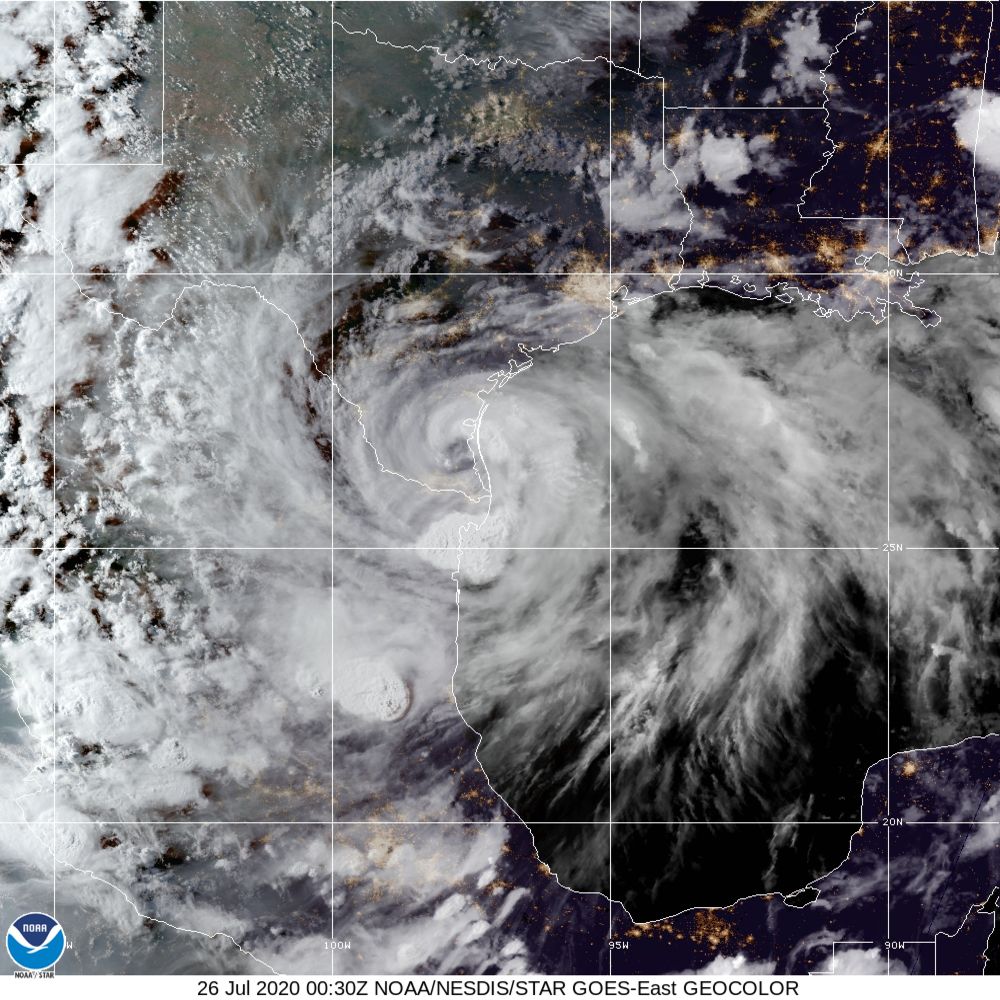 Hurricane Hanna maintains its impact in southern Texas on Saturday night, hours after the eye of the hurricane hit Texas’ coastal region.

You can expect temperatures in the high 80’s and scattered afternoon thunderstorms.

The first hurricane of the 2020 Atlantic season, Hurricane Hanna made landfall in Padre Island, Texas at 6 p.m. Eastern timezone with maximum sustained winds of 90 miles per hour.

According to the National Hurricane Center’s 8 p.m. advisory, Hurricane Hanna moved toward the west-southwest near 8 miles per hour and Hanna’s eye should continue to move farther inland over southern Texas tonight and move into northeastern Mexico on Sunday.

An observing station at Ricon del San Juan, Texas, recently reported sustained winds of 60 miles per hour and a gust to 74 miles per hour, according to the 6 p.m. advisory from the National Hurricane Center. Hanna is now about 15 miles north of Port Mansfield, Texas.

In the eastern wall of Hanna’s eye, a buoy from the National Oceanic and Atmospheric Administration measured a sustained wind of 60 miles per hour, a gust to 69 miles per hour at a height of 12 feet, according to the update. Hanna is not expected to directly impact Florida.

Hanna is expected to turn toward the west-southwest Saturday night and continue on that path through Sunday, forecasters said.

Flash flooding is the main concern from Hanna, according to Chris Birchfield, a meteorologist with the National Weather Service in Brownsville, the Associated Press reports.

Hanna is expected to dump 6 to 12 inches of rain, perhaps up to 18 inches in some areas, through Sunday night in south Texas and nearby Mexican states. The deluge could lead to life-threatening flash flooding, rapid rises on small streams, and isolated minor to moderate river flooding in south Texas. Areas along the upper Texas and Louisiana coasts — and inland to the Mexican states of Coahuila, Nuevo Leon, and northern Tamaulipas — can expect several inches of rain as well, forecasters said.

By Saturday evening, remnants of Tropical Depression Gonzalo were producing gusty winds and heavy rains as they moved westward across the southern Caribbean Sea for the next couple of days, according to NHC.

Gonzalo is moving west at 21 mph about 125 miles west-northwest of Trinidad with maximum sustained winds of 35 mph.

“The system is forecast to dissipate by Sunday night, if not sooner,” forecasters said in the 2 p.m. update.

There are no coastal watches or warnings in effect for Gonzalo.

Gonzalo will likely produce heavy rain over these areas with up to 4 inches of rainfall over far northeastern Venezuela. Forecasters said earlier the storm had potential for life-threatening flash flooding but removed that warning late Saturday.

Meanwhile, off the coast of Africa, the NHC is monitoring a wave that has a 60 percent chance of developing into the a storm in the next five days. It’s expected to move west over the next several days and could become a tropical depression early next week.

David Harris and Tiffini Theisen of the Sentinel staff, and The Associated Press contributed to this report.

Paola Pérez can be reached at paoperez@orlandosentinel.com or on Twitter @pdesiperez. 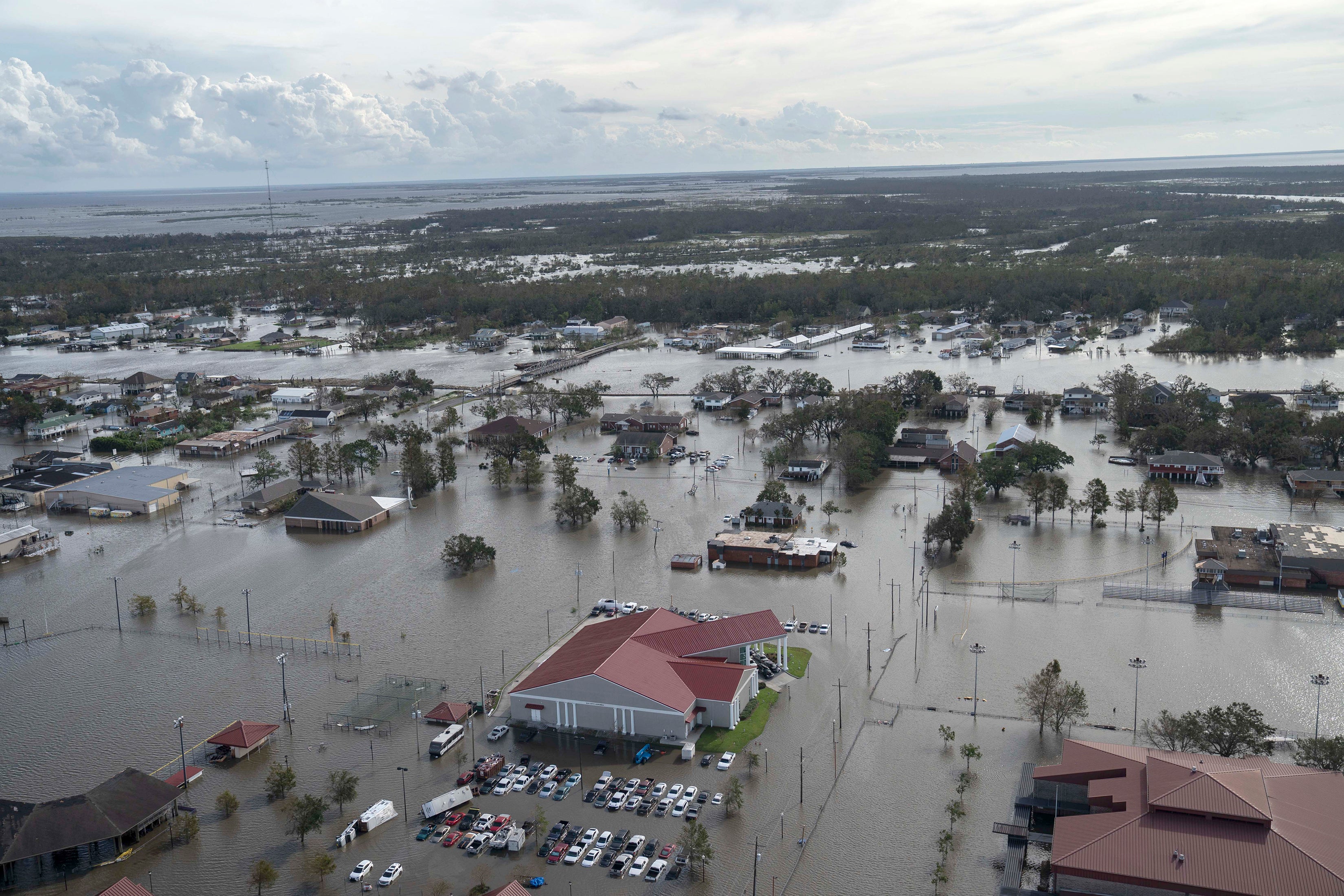