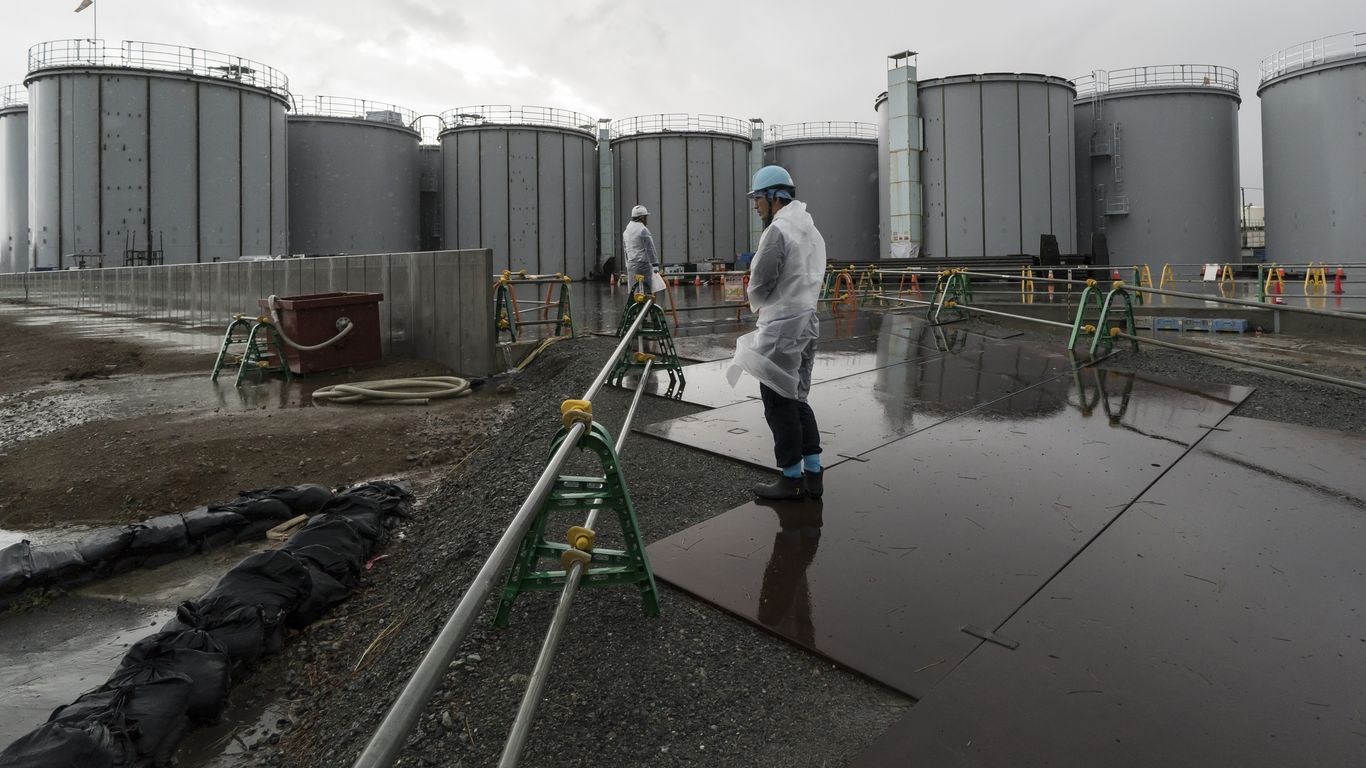 Japan’s government on Tuesday announced plans to release more than 1 million metric tons of contaminated water from the destroyed Fukushima nuclear plant into the Pacific Ocean following a treatment process.

Why it matters: While the Biden administration has said Japan appears to have met globally accepted nuclear safety standards, officials in South Korea, China and Taiwan, local residents, those in the fishing industry and green groups oppose the plans, due to begin in about two years, per the Guardian.

Driving the news: Water meant to cool nuclear material has been continually escaping from reactors damaged in the disaster.

Details: Japan’s Ministry of Economy, Trade and Industry said in a statement the water would be treated and diluted to reduce radiation levels to below those set for drinking water. The process is expected to take decades to complete.

What they’re saying: Japanese Prime Minister Yoshihide Suga told a meeting of ministers Tuesday releasing water used to cool nuclear fuel into the sea was the “most realistic” choice and “unavoidable in order to achieve Fukushima’s recovery,” the Guardian notes.

State Department spokesperson Ned Price said in an emailed statement, “In this unique and challenging situation, Japan has weighed the options and effects, has been transparent about its decision, and appears to have adopted an approach in accordance with globally accepted nuclear safety standards.”

The other side: South Korea’s foreign minister expressed “serious regret” at the announcement, per the BBC.

Of note: The International Atomic Energy Agency said in an April 2020 report that recommendations by Japan’s Ministry of Economy, Trade and Industry that the water released into the sea or evaporated were “aligned with current international good practices.”