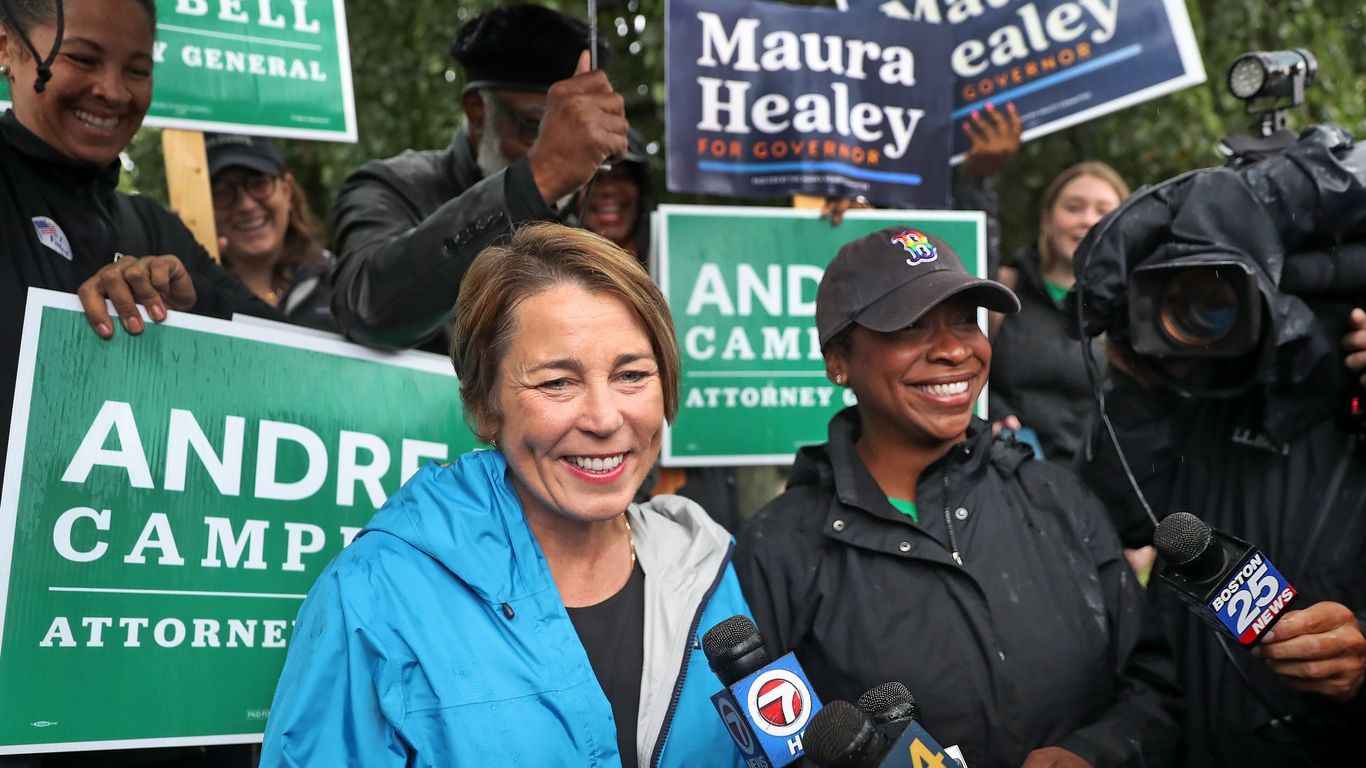 Women are likely to win five of the six statewide executive positions in Massachusetts after last night’s primaries.

Why it matters: Massachusetts is poised to become the first state with a female governor and lieutenant governor serving simultaneously.

What we’re watching: Attorney General Maura Healey (D) won the Democratic nomination for governor. If successful in November, she’ll be the the first female elected governor of Massachusetts.

The intrigue: Voters in three other states — Republicans in Arkansas and Democrats in Oklahoma and Ohio — nominated women for governor and lieutenant this year, according to Rutgers University’s Center for American Women and Politics (CAWP).

Flashback: Michelle Wu was elected as Boston’s first woman mayor last year and Sen. Elizabeth Warren (D-Mass.) became the first woman from Massachusetts to serve in the U.S. Senate when she was elected in 2012.

What they’re saying: “While this is not entirely new, it’s definitely notable. Not only are they a high percentage of nominees but they are also in contests where they are favored to win. It’s a point of progress,” CAWP director of research Kelly Dittmar told Axios.