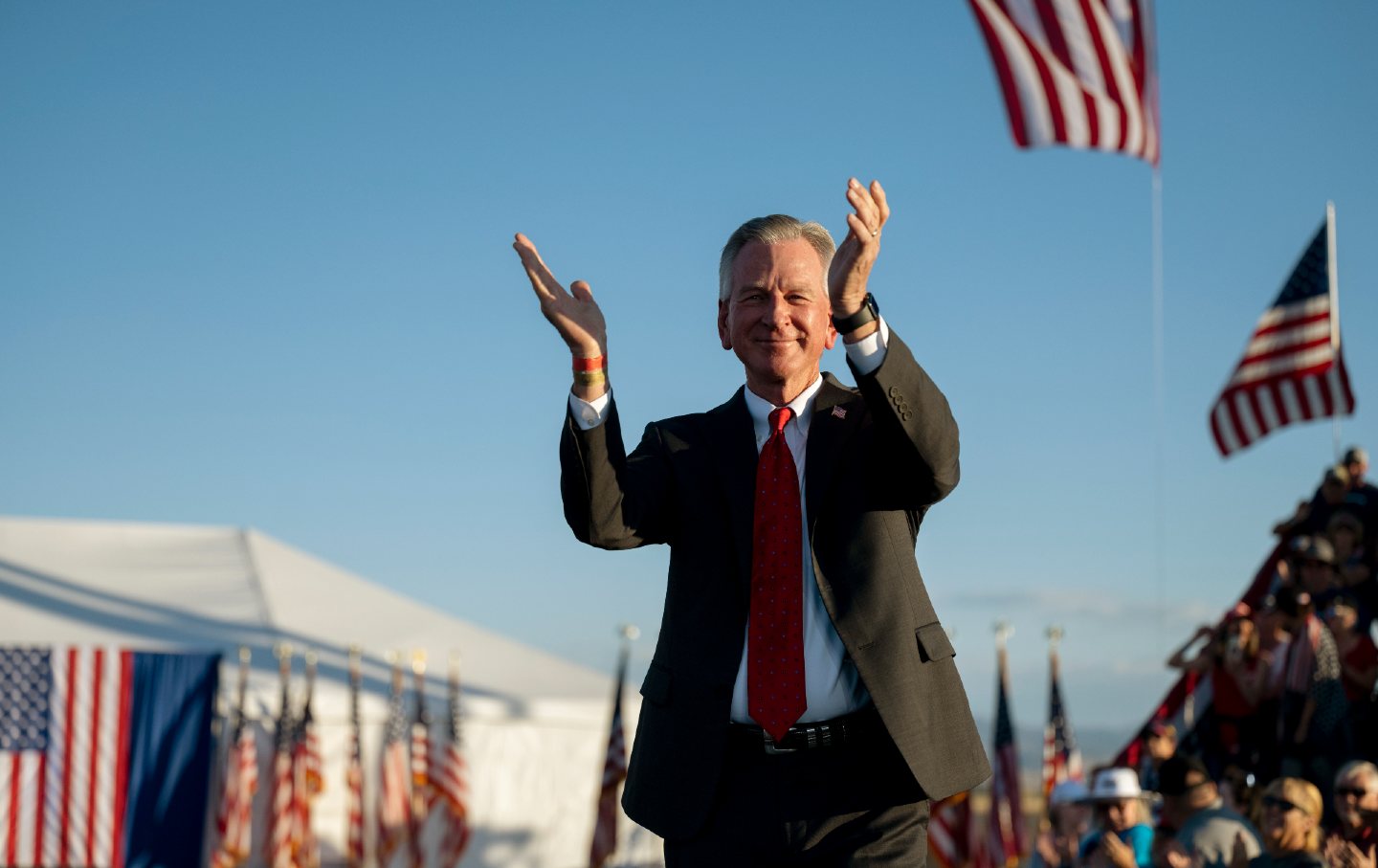 Republicans Go Full Racist on Crime. Will It Matter?

Republicans Go Full Racist on Crime. Will It Matter?

Conventional wisdom says that strong Democratic candidates, including Mandela Barnes, running for the Senate in Wisconsin, and Pennsylvania senatorial contender John Fetterman, are losing their leads because Republicans are hitting them hard for being “soft on crime.” Most of the attacks are garbage: Barnes is being unfairly blamed for the 2020 rioting in Kenosha after police shot an unarmed black man, Fetterman for proposing eliminating life sentences for murderers—which he does not. The lieutenant governor advocates eliminating mandatory life sentences without parole for second-degree murder, which wouldn’t eliminate a judge’s discretion to impose such a sentence anyway.

Democratic critics say both campaigns have hit back too little too late. Barnes, who once led incumbent dimwit Senator Ron Johnson, has fallen behind slightly in a few polls; Fetterman still leads celebrity huckster Dr. Mehmet Oz, the New Jersey resident running for the Senate in Pennsylvania, but by less than he once did. Oz’s spokesman, Barney Keller, repeatedly described Fetterman during a phone call with New York magazine’s Rebecca Traister as “the most pro-murderer candidate in the entire country.”

There is no question that while almost all Republicans support the largest mass criminal incident in memory, the violent January 6 insurrection, they are nonetheless trying to make the midterms a referendum on the way Democrats’ efforts to address criminal justice reform have supposedly made the nation less safe.

But Alabama Senator Tommy Tuberville took the argument sharply toward the racist swamp at a rally in Nevada with disgraced former president Donald Trump Saturday night on behalf of wing nut Adam Laxalt, who’s in an inexplicably tight race with first-term incumbent Catherine Cortez-Masto. Democrats aren’t soft on crime, argued Tuberville, who is neck and neck with Ron Johnson for the title of dumbest senator. They actively encourage it.

I don’t know how to logically unpack that. How crime equals “reparations”—commonly understood as somehow compensating the descendants of enslaved people for the crimes against their ancestors—confuses me. Property crime is actually down in most places, so I don’t think it means “they” are managing “to take over what you got.” All we know is that linking reparations to “the people that do the crime” is profoundly racist. He said Black people “do the crime” without saying Black people. “They want to control what you have” is a racist call to arms that goes back centuries.

And Republicans so far won’t rebuke him. Nor did they disavow Louisiana Senator John Kennedy when he said police critics should “call a crackhead” when they’re the victims of crime. WTF?

So Republican leaders are starting to overreach—but will it matter? Democrats seem relatively flatfooted on the issue. Research has repeatedly shown that crime is rising faster in Republican, Trump-supporting states. The center-left think tank Third Way found that in 2020, per capita murder rates were 40 percent higher in states won by Trump than in those won by Joe Biden, and that eight of the 10 states with the highest murder rates in 2020 voted for the Republican presidential nominee in every election in this century.

I confess: That even surprised me. My favorite nugget from Third Way’s report, The Red State Murder Problem, was this:

And in June, The Wall Street Journal reported that homicides rose 25 percent in rural America, which is hardly a bastion of Democratic control.

It’s certainly true that many Democrat-led cities, like my own New York, as well as Milwaukee, Chicago, Baltimore, Philadelphia, and Los Angeles, are facing rising murder rates. But tying this mystifying crisis, certainly born of the Covid pandemic and the increasing availability of guns, to a particular party or ideology defies facts. But Republicans are largely getting away with it.

Here in New York, flailing GOP gubernatorial candidate Lee Zeldin released a grisly ad showing ugly instances of violent crime. But one of the attacks took place in California, others before Democratic Governor Kathy Hochul was even in office. In Connecticut, where violent crime rates actually dropped in 2021, the Republican candidate for governor is nonetheless pushing “out-of-control crime” as a key reason he’s running.

When asked why he was continuing to lie, Bob Stefanowski replied: “If we weren’t highlighting this, we wouldn’t be doing our job. I can tell you when we’re out there, people are afraid. I’m not trying to make them afraid,” he said. “They’re coming to me afraid and saying, ‘What are you going to do about it?’”

This is the scary, surreal GOP feedback loop: Republicans peddle fear and division, their voters believe them, and then Republicans say they’re only serving their voters as they continue to campaign on falsehoods, whether about Democrats stoking crime or stealing elections. It’s dangerous, and it sometimes feels hard to fight, but it must be fought. If Democrats lose the Senate or the House—the House is harder to keep, because of gerrymandering, but it’s still possible—because they didn’t figure out how to answer those lies, while the leader of the GOP is responsible for a wave of crimes from New York to Washington, D.C., Atlanta to Mar-A-Lago, well, the election postmortems are going to be brutal.

But don’t write them yet. More crime is coming from Trump and the GOP, and it just might matter.