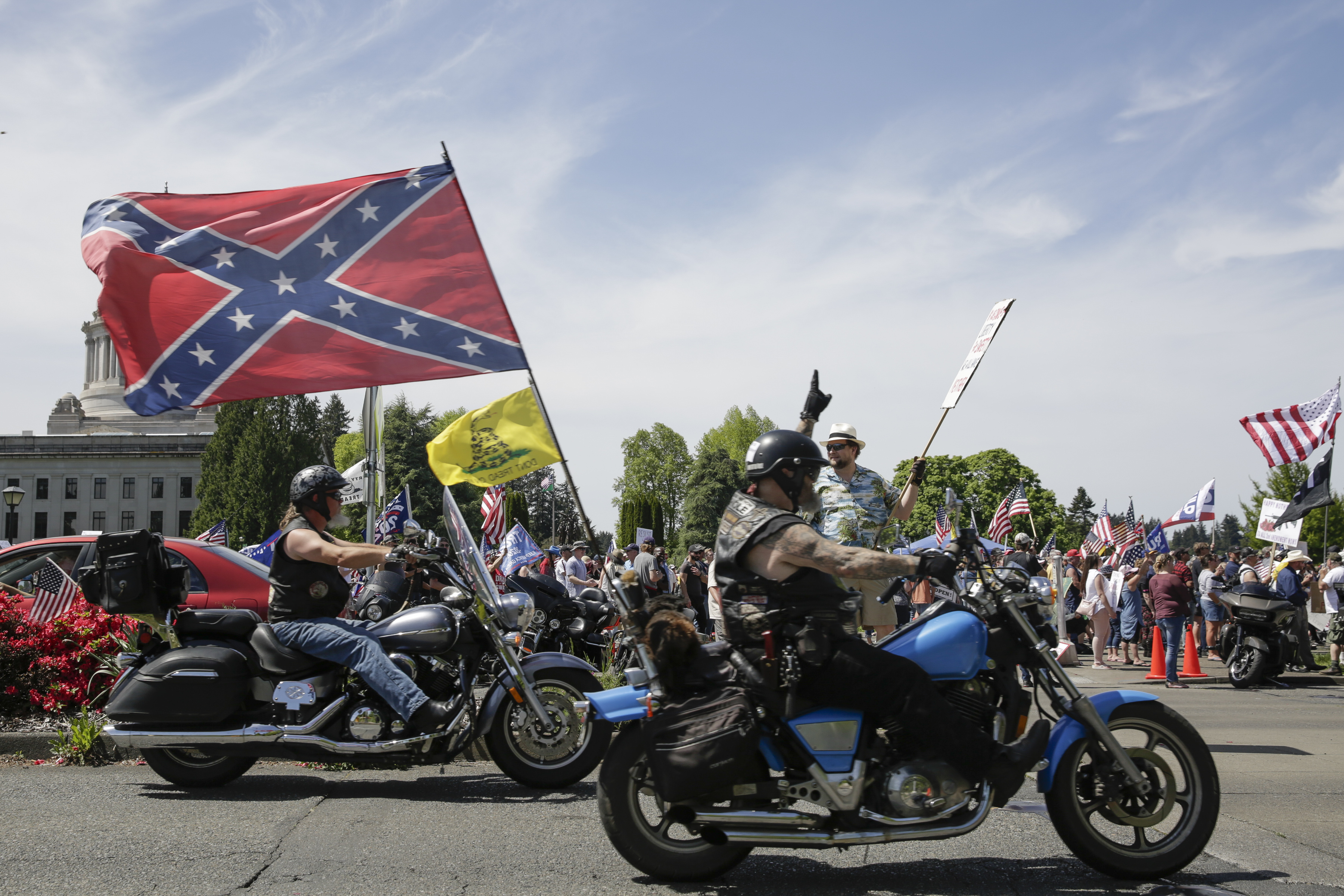 Lately, the term “white fragility” has been much in the news. Coined by the scholar Robin DiAngelo, it has garnered her profiles in numerous publications, including the New York Times and the New Yorker, as well as conservative attacks. Her book, White Fragility, is currently the number three best-selling book on Amazon. DiAngelo summarized the meaning of white fragility in a 2011 academic article:

White people in North America live in a social environment that protects and insulates them from race-based stress. This insulated environment of racial protection builds white expectations for racial comfort while at the same time lowering the ability to tolerate racial stress, leading to what I refer to as White Fragility. White Fragility is a state in which even a minimum amount of racial stress becomes intolerable, triggering a range of defensive moves. These moves include the outward display of emotions such as anger, fear, and guilt, and behaviors such as argumentation, silence, and leaving the stress-inducing situation. These behaviors, in turn, function to reinstate white racial equilibrium.

The issue of white fragility has become salient for two reasons. First, white people are obviously hearing more about systemic, violent racism thanks to the wave of protests over recent horrific cases of police brutality against African Americans such as George Floyd—a series of protests that in turn has sparked a white backlash led by President Donald Trump. And the second, related, factor in the recent spike in interest around DiAngelo’s work is the continuing political interest in the white working class, which political pundits decided was the key to Trump’s 2016 victory. (Every election cycle they designate some previously undervalued group such as “soccer moms” or “NASCAR dads” as the key to victory, and they become the object of much thumb-sucking commentary.)

DiAngelo makes her living advising big companies on how they can manage racial interactions among their employees so as to minimize tensions—as well as the potential for lawsuits—and presumably improve working conditions and productivity. Many whites, however, disagree with the implication that they may be guilty of unconscious racism or that they bear some responsibility for the continuing impact of slavery, lynching and other racial crimes that took place long ago. A new Wall Street Journal/NBC News poll found that 48 percent of whites attribute racism entirely to the actions of individuals, with only 42 percent blaming institutions or society as a whole. Meanwhile, among black voters, 65 percent said racism is endemic to American society, with just 28 percent attributing it solely to individuals.

An extreme but significant subset of whites even go so far as to argue that they, white people, suffer from racial discrimination that’s as bad or worse than that experienced by African Americans and other racial minorities. Such concerns have been common ever since Richard Nixon instituted “affirmative action” some 50 years ago with the aim of driving a racial wedge through the traditional working-class constituency of the Democratic party.

Before the reader laughs and shrugs off the reverse-racist crowd as marginal extremists, hear me out and look at some of the survey data I have collected.

The Public Religion Research Institute has periodically posed this question: “Today discrimination against whites has become as big a problem as discrimination against blacks and other minorities (do you completely agree, mostly agree, mostly disagree, or completely disagree?).” In the most recent published survey in September 2019, 17 percent agreed completely, 25 percent mostly agreed, 26 percent mostly disagreed, and 32 percent completely disagreed. In their commentary, PRRI researchers said:

Approximately two-thirds of Republicans agree both that discrimination against whites has become as much of a problem as discrimination against blacks (69%) and that immigrants are invading the country and changing American culture (63%). Independents (43% and 31%) and Democrats (21% and 20%) are much less likely to agree with either of these statements.

A Democracy Fund + UCLA Nationscape poll conducted from late May to early June 2020 found a quarter of Republicans saying that whites are heavily discriminated against. (An analysis of these survey findings is available at FiveThirtyEight.)

A Wall Street Journal/NBC News poll published just this week asked registered voters: “For each of the following groups, please tell me whether you feel that they are receiving too many special advantages, receiving fair treatment or are being discriminated against.” Among white voters, 17 percent said that whites are being discriminated against; six percent of black voters and nine percent of Hispanic voters agreed that whites suffer from discrimination.

Over the last 10 years, the issue of reverse racism and its social and political implications have drawn extensive interest from social scientists. The most well-known study was by Michael I. Norton and Samuel R. Sommers of the Harvard Business School and Tufts University, respectively, in 2011. They found that whites increasingly viewed racial prejudice as a zero-sum game—reduced bias against black citizens automatically led to increased bias against their white counterparts. As the chart from their article shows, perceived discrimination against whites by both whites and blacks rose as discrimination against blacks was perceived to have fallen. (This analysis is available through Tufts University.)

Further studies in 2014, 2015, and 2016 confirmed that many whites do indeed see racial progress as a zero-sum game. However, the latest study, published last year, was more skeptical of this trend. Nevertheless, the idea of zero-sum racial discrimination is very popular in the Republican Party. Then-Senator Jeff Sessions expressed the widely held GOP sentiment in 2009 when he said, “Empathy for one party is always prejudice against another.” Former Republican Rep. Michele Bachman put it this way in a 2016 interview regarding LGBT rights:

So when you’re part of a favored group, then you get special benefits that nobody else gets. That’s the very form of tyranny because when government supposedly gives something — government has nothing to give, they have to take it away from other people. So when they give it to that certain group, that means, by definition, they’re taking it away from you!

The right-wing Daily Mail newspaper in Britain has hyperbolically declared that reverse racism is now killing the careers of every middle-aged white man in Hollywood. It quoted one unnamed source describing the atmosphere as “more toxic than Chernobyl.” The black director and producer Jordan Peele was singled out for declaring that he no longer wished to cast “a white dude as the lead in my movie.” However, given the paucity of black directors in Hollywood, even if they all banned white actors from every leading role in their movies it would only have a trivial impact on the employment prospects of such actors.

This is only the latest attack on efforts to improve diversity in Hollywood. In 2016, the actress Charlotte Rampling declared that broadening Academy Award nominations to include more persons of color was “racist to whites.” She suggested that many of the minority actors receiving affirmative action nominations simply didn’t deserve them.

In 2016, Trump clearly saw that the grievances of white people, whether real or imagined, was a source of political power, especially given the decline in the white population and rising share of minorities. As president, he directed the Justice Department to undermine affirmative action in college admissions. An outspoken opponent of affirmative action, Candice Jackson, was appointed to a high-level position at the Department of Education where she is now deputy general counsel.

It’s not just a belated initiative to redress longstanding discrimination against African Americans that is fueling the anxiety of white men; many also see attempts to improve opportunities for women as coming at their expense as well, according to a new report from Pew.

It’s undeniably disruptive when previously oppressed groups find their voice and demand an end to oppression. Those who have benefited from a lack of competition for jobs and status suddenly find that they may not be able to compete on a level playing field. They may perhaps deserve some compassion in the larger scheme of things, but the simple fact remains that their claim that equal treatment constitutes discrimination against them is a baseless grievance.