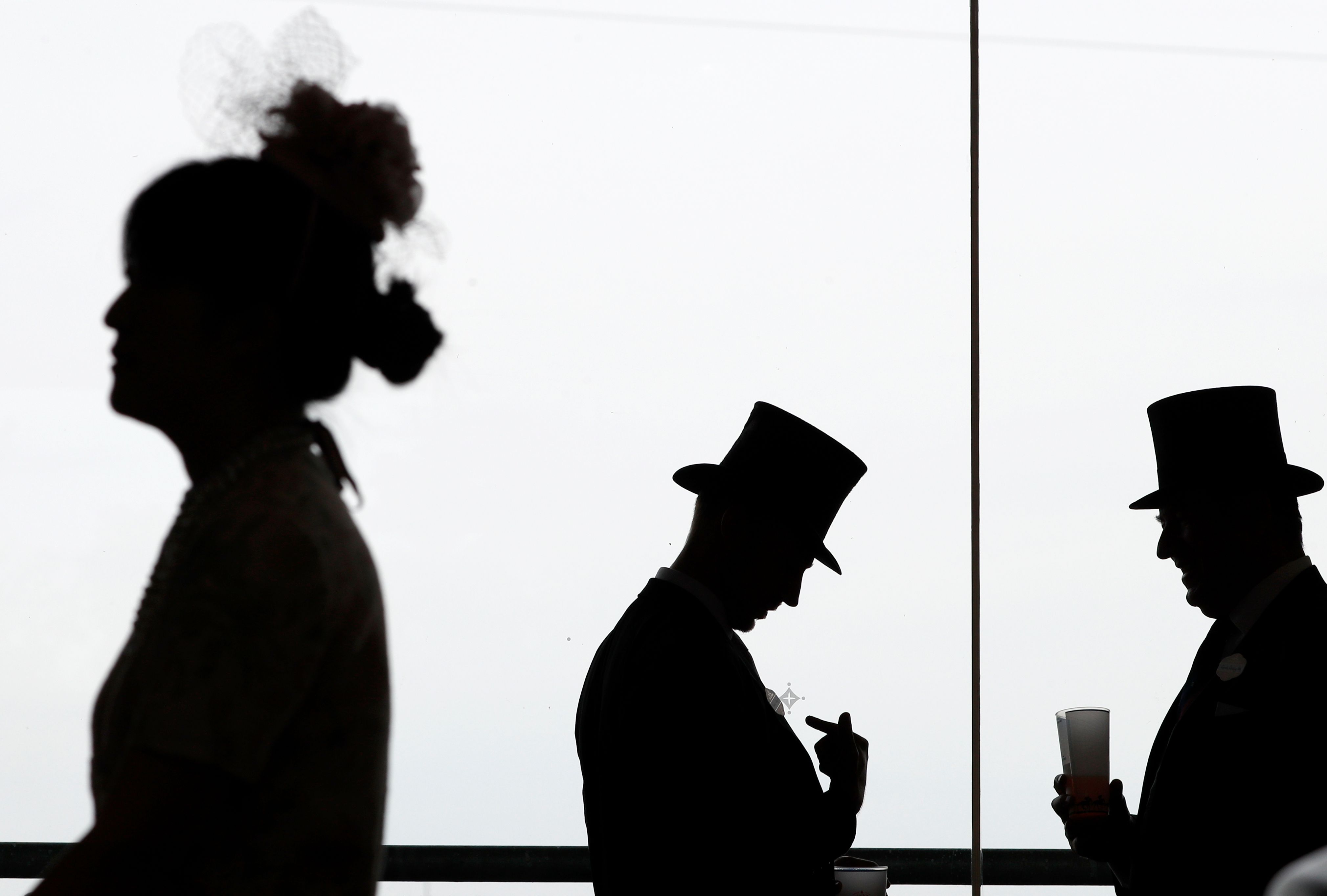 On July 11, MarketWatch published a letter, presumably real, from a reader complaining that she and her husband didn’t qualify for a stimulus payment because they make too much money. Said the upset letter writer:

I don’t feel that earning $200,000 a year should be too much to qualify under the CARES Act. I believe they need to raise the income threshold to $300,000 or $400,000 a year, or not have any income guidelines. After all, people who are making nothing or very little are receiving this money, so why can’t the people who are paying the most taxes receive some of it back? What bothers me the most is that most of these families look a lot like ours, but they chose to not marry or they file separately. I earn less than $50,000, but my spouse earns barely over $150,000 a year.

These kinds of poor-mouth complaints from people who are well-to-do by any reasonable standard are not by any means new. Starting with the rise of Andrew Jackson, practically every presidential contender in the nineteenth century claimed to be born in a log cabin. The New York Times, The Washington Post, Town & Country, and other publications that cater to the rich and upper-middle class have long published articles about the alleged economic struggles of high-earning people in costly urban centers.

For example, in 2009, the Times published a piece that did not appear to be tongue-in-cheek about how tough it was to get by on an income of $500,000 in New York City. (If this article were to run today, the figure would be moved up to $600,000 to adjust for inflation.) The article, appearing in the opening throes of the Great Recession, laid out the many expenses eating away at this lavish-seeming nest egg: This family would probably have a mortgage payment of $96,000 plus an additional co-op maintenance fee of $96,000. There would also be $32,000 in private school tuition per child and $45,000 for a nanny. That comes to $269,000 a year on an after-tax income of just $293,000. Throw in food, clothing, vacations, and other reasonable costs, and it’s not hard to see how little half a million dollars of gross income can get you, if you’re invested in the high-life amenities that define the lifestyle of the top one percent of Americans.

Several other straight-faced accounts of the high-earner’s plight have likewise focused on families making $500,000. One financial adviser posted the budget of a family he knew personally that spent $271,100 on a net income of $278,400. It included $42,000 for childcare, $18,000 for vacations, and $12,000 for sports and music lessons for the children. The family appeared to have just $7,300 for saving at the end of the year.

But the numbers that make up such litanies are more than a little fuzzy. For example, any economist looking at this budget would immediately notice that the adviser subtracted the $36,000 contributed to 401(k) accounts as an expense, rather than saving. Nor is there any mention of investment income or home equity. On the other hand, the family apparently was putting away nothing for their children’s college education, and the parents were still paying $32,000 on their own student loans. Perhaps they simply assumed that loans would cover their children’s education as well.

The phenomenon of wealthy people who lack liquidity and therefore essentially live hand-to-mouth is now so prevalent that economists are studying its macroeconomic effects. Historically, economists have assumed that rich people will spend very little out of any income increase because they can already afford whatever they want. But if the rich are constrained by a lack of cash flow, they may spend a considerable portion of any income increase, which would raise short-run growth. Indeed, there are reports that a sharp slowdown in spending by the rich is a key factor in the recent economic slowdown.

Pollsters periodically ask people about who they think belongs in various social classes, based on income. According to Gallup, only 2 percent of Americans historically have put themselves in the upper class, with 16 percent in the upper-middle class, 43 percent in the middle class, 30 percent in the working class, and just 9 percent calling themselves poor. Gallup data also shows that people’s perceptions of what income puts people in what class vary a lot. As the first chart demonstrates, practically every income group includes people who consider themselves as belonging to every other social class. The Gallup findings are confirmed by YouGov data.

There are many reasons why someone who appears to be poor or middle class, objectively, might nevertheless put themselves in a higher social class. They could be children of the well-to-do who are temporarily making little income or expect an inheritance to pull them up at some point. They may be people with degrees from good schools whose perception of their social class is based on their prospects rather than their current circumstances. Or they may hold high-status jobs in fields like journalism or book publishing that don’t necessarily pay very much. They may also be retirees, whose income is relatively low but who have considerable wealth they can draw upon. Indeed, retirees are generally better off financially than nonretirees, elderly homeowners tend to have substantial home equity, and about half don’t even have a mortgage.

The issue of wealth versus income is critical to perceptions of social class and general well-being. A 2019 study by Charles Schwab found that it took at least $2.3 million in wealth to be considered reasonably rich. Perceptions of wealth are also self-fueled to no small degree, since the wealthier people become, the more wealth they think they need to be considered rich. A 2011 survey of millionaires by Fidelity Investments found that they thought they needed at least $7.5 million to feel rich. Yet there are those with very considerably more wealth than that who will nevertheless insist that they are just ordinary middle-class people.

In 2012, Republican presidential nominee Mitt Romney’s wife, Ann, said she didn’t consider herself to be wealthy despite a net worth of $250 million and $22 million of income the previous year. In 2015, New Jersey Governor Chris Christie, then running for the GOP presidential nomination, also denied being wealthy, even though his investment banker wife made more than $700,000 on top of his salary as governor.

Absurdly, there are even billionaires who refuse to admit that they are rich. Tom Steyer is one. Of course, he was running for the Democratic presidential nomination and probably felt that it was politically expedient to downplay his wealth. But Republican billionaires also push back against any suggestion that they might be deemed ultrawealthy. Billionaire Florida auto dealer Norman Braman, a big supporter of Senator Marco Rubio, insisted in a 2015 interview that he was not especially wealthy or important. “I don’t consider myself a fat cat,” he said. “Don’t make me out to be a fat cat.”

The question of who is wealthy and who isn’t has political implications that go well beyond electoral politics; it is important for tax policy, among other things. Republicans are always keen to stretch the definition of “middle class” to include as many rich people as possible, because it’s easier to sell tax cuts for the middle class than for the wealthy. Democrats, on the other hand, are always looking to lower the threshold for being rich when proposing tax increases—since, conversely, it’s easier to enact higher taxes on the rich than on the actually existing middle class. If the income cutoff at the lower end of the well-to-do rung is set too high, there is less revenue available.

Social scientists are also exploring what might be called the existential facets of wealth. One such researcher is Rachel Sherman of the New School for Social Research, who has written a book on the subject, Uneasy Street: The Anxieties of Affluence. She conducted intensive interviews with 50 very affluent New Yorkers to see how their wealth affected their lives beyond the obvious ability to own lots of stuff. Many were very concerned about the depiction of them as unworthy of their wealth; to dispute that notion, they tended to emphasize how hard they worked for it. And most went to great lengths to keep their children grounded and not see themselves as excessively privileged. As Sherman writes:

In this climate, it is hard to feel that being wealthy is compatible with being morally worthy, and the wealthy themselves are well aware of the problem. The parents I talked with struggle over how to raise kids who deserve their privilege, encouraging them to become hard workers and disciplined consumers. They often talked about keeping kids “normal,” using language that invoked broad “middle-class” American values. At the same time, they wanted to make sure that their children could prevail in increasingly competitive education and labour markets. This dilemma led to a profound tension between limiting and fostering privilege.

In Democracy in America, Alexis de Tocqueville noted the propensity of wealthy people to see themselves as part of the broad middle class, rather than as aristocrats like those in Europe. He thought that the mobility of wealth in America, both up and down, was the reason. “The rich daily rise out of the crowd and constantly return thither,” he said. Unfortunately, the growth of economic inequality increasingly calls that assumption into question.

Poor-mouthing by the wealthy may be a matter of interest to researchers, but no one should lose sight of the fact that rich people’s problems are trivial compared to those facing the poor and working class. In an increasingly class-segmented America, facing the prospect of a long economic downturn, the complaints to take seriously come from our fellow citizens who lack jobs, health insurance, decent housing, quality educations, and many, many other things that the wealthy simply take for granted.