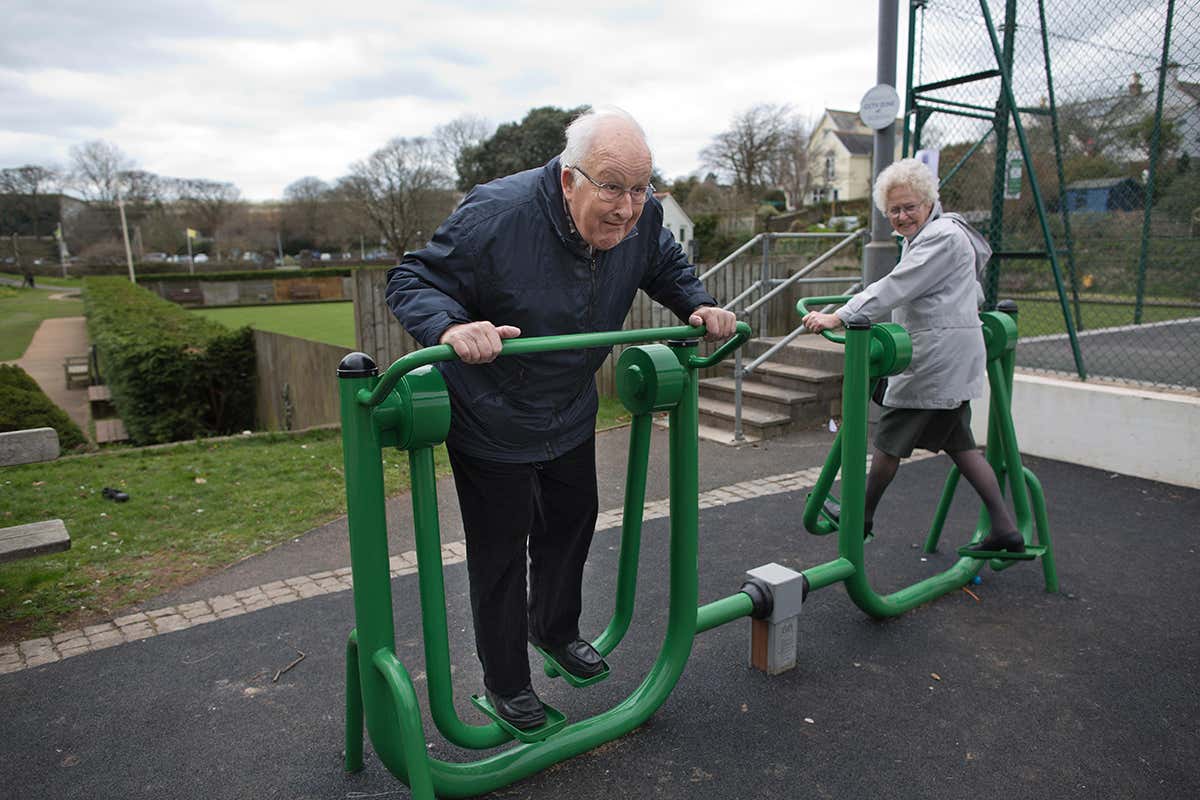 Almost half of all dementia cases could potentially be prevented or delayed by adopting 12 health measures, a major review has found.

Minimising these 12 risks could potentially prevent or delay up to 40 per cent of dementia cases globally, according to the review of the latest evidence by 28 leading dementia experts from around the world.

“People who have family members with dementia often ask me, ‘Is there anything I can do to prevent myself from getting it?’,” says David Ames at the University of Melbourne in Australia, who was one of the authors of the review. “There are certainly some things you can do that might make a difference.”

For example, the review finds that individuals can partially protect themselves by not smoking, drinking less than 21 units of alcohol per week, maintaining a systolic blood pressure of less than 130 mmHg, avoiding activities that could lead to head injuries, using hearing aids if needed, eating a healthy diet, and exercising and socialising regularly.

Even older people can delay or possibly even prevent dementia by taking steps to improve their lifestyles, says Ames. “It’s never too early and it’s never too late to think about reducing your risk,” he says.

In addition to making recommendations for individuals, the review calls on governments to protect their populations from dementia by providing primary and secondary education for all children, improving air quality, promoting healthy behaviours, and discouraging smoking and heavy drinking.

In some higher-income countries, including the UK, US and France, dementia rates in older people have fallen in recent decades, possibly due to improvements in education, nutrition and health care. This suggests that preventative health measures can have an impact on dementia, in the same way they have helped to reduce rates of lung cancer and deaths from heart disease in many higher-income countries, says Ames.

Two-thirds of dementia cases currently occur in lower-income and middle-income countries, where education is often less accessible and rates of smoking, obesity and diabetes are relatively high.  “The higher prevalence of dementia risk factors means an even greater proportion of dementia is potentially preventable than in higher-income countries,” says review co-author Adesola Ogunniyi at the University of Ibadan in Nigeria.

That means government interventions like increasing education and introducing anti-smoking campaigns could have an even bigger impact in lower and middle-income countries, says Ogunniyi. In Latin America, for example, it’s estimated that 56 per cent of dementia cases could be prevented or delayed by targeting the 12 risk factors.

However, there is a limit to how much you can prevent dementia with lifestyle interventions, because the brain inevitably starts to shut down in very old age, especially in people who live past 100, says Ames. “We’ve become very good at keeping people from dying of things like childhood diarrhoea, and that means we now have a high life expectancy,” he says. “If you hang around long enough, something eventually has to catch you, and dementia is one of those diseases.”

More on these topics: