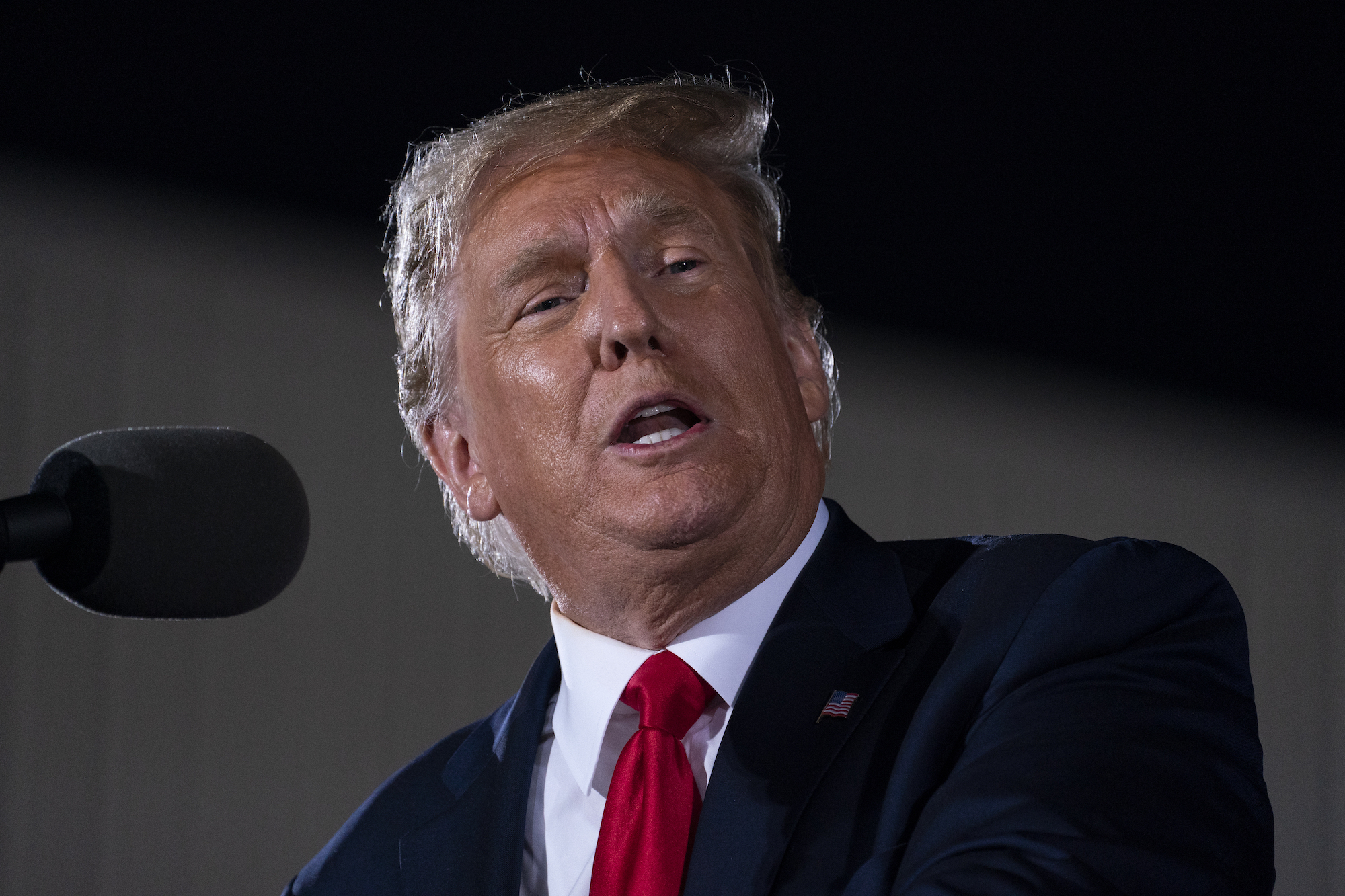 Trump Talks of ‘Leaving the Country’ if He Loses

Trump Talks of ‘Leaving the Country’ if He Loses

The make America great again president proved once again, during a Friday night rally in Georgia, that’s it’s really just all about him. With coronavirus cases rising under his watch, and 218,000 of his fellow citizens already dead from the virus, Trump took time out of another super spreader event to whine about how the embarrassment of possibly losing to Joe Biden might tempt him to flee the country.

Of course, the very notion of a Trump-free America would thrill millions, but the narcissistic nature of the president’s comments is telling. Trump has reminded Americans time and time again what a personal sacrifice he made, both monetarily and lifestyle, by seeking and then winning the presidency. Supposedly, the need to MAGA is what motivated him to run in the first place. But last night, he showed his true colors right in front of his cult-like followers.

The desperate president, down double digits in most polls, spoke for just under two hours and is still showing no signs of attempting to widen his support.

Just this week, during a town hall, he refused to condemn the fanatical group QAnon, even though Trump’s lackeys insist he has. On Friday night, Trump sycophant Tucker Carlson lied to his Fox audience, claiming the president distanced himself from the group.

they just make shit up pic.twitter.com/Tz08JnIt1u

News coverage, aside from Fox, is so fed up with the president they continue to break away from his lie-filled speeches. CNN’s Brianna Keilar bailed on Trump’s Friday afternoon speech to seniors when he went from telling them that his “heart breaks for every grieving family that has lost a precious loved one” to lying about Covid-19 “rounding the turn” as case rise in 40 states.

.@CNN bails on Trump’s speech: “Quite frankly there are so many falsehoods we just need to interject… The president has said just a myriad of lies.” – @brikeilarcnn pic.twitter.com/I3WFjoFtVi