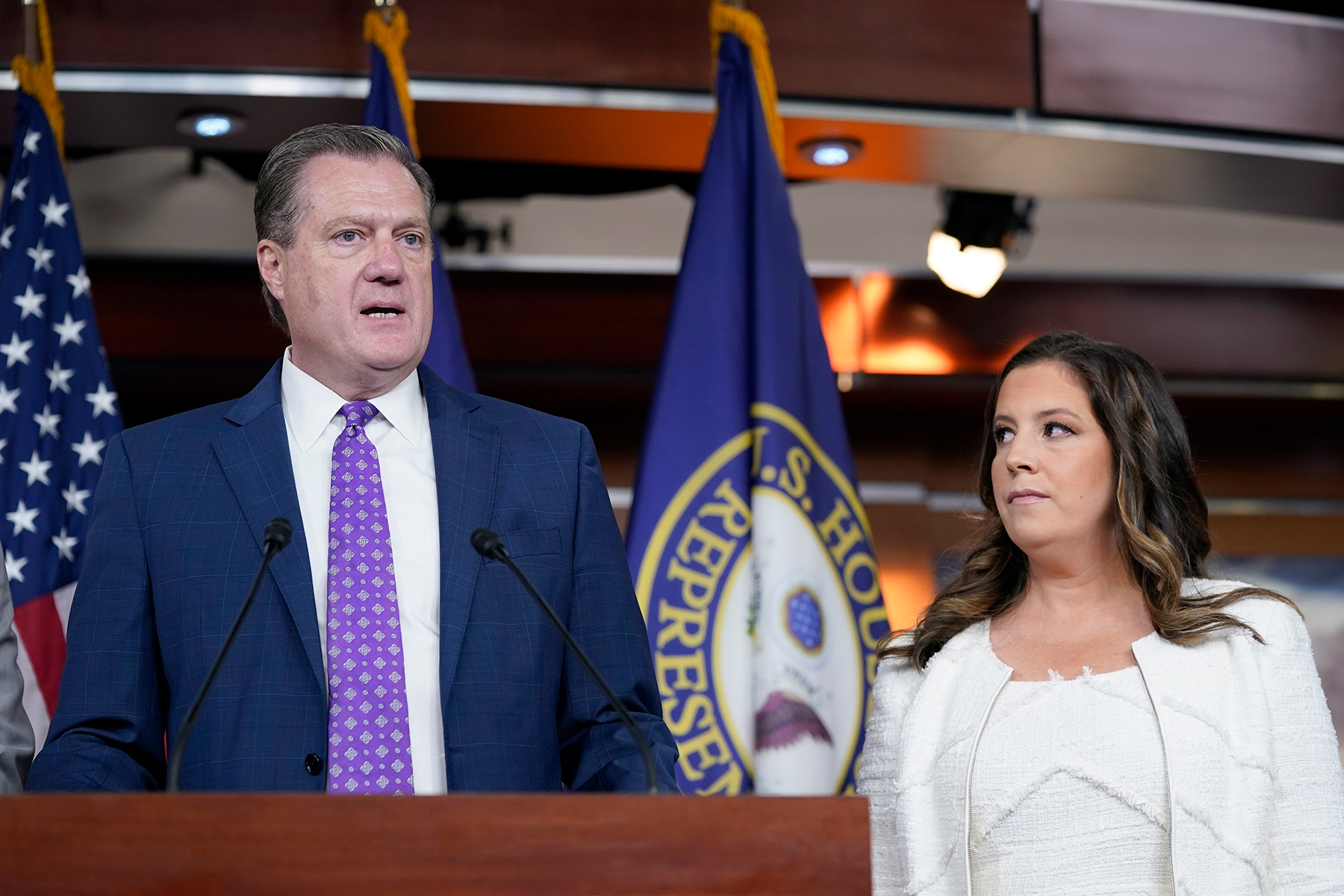 Republicans in Congress and right-wing media talking heads have been having a conniption since the FBI raided Donald Trump’s Mar-a-Lago estate on Monday. They haven’t had as much to say, however, since Attorney General Merrick Garland announced the Justice Department intends to make the search warrant public and The Washington Post reported that the raid focused on documents relating to nuclear weapons and other classified intelligence information. The relative silence has persisted into Friday as The Wall Street Journal reported that the FBI retrieved boxes of “top secret” material during the search, and as the warrant revealed that Trump is under investigation for potentially violating the Espionage Act, destroying records, and obstructing justice.

Scott MacFarlane of CBS News reported that a group of House Republicans who were planning on taking the Justice Department to task on Friday have canceled the news conference. Rep. Michael Turner (R-Ohio), the ranking Republican on the House Intelligence Committee, held a news conference with a separate group. It didn’t go very well.

The group mostly just regurgitated talking points about Biden weaponizing the Justice Department, and when pressed on whether they were concerned about “unsecured classified information potentially being in a storage area in Florida.” Turner said they were more concerned with the tactics the Justice Department used to retrieve the information before arguing that “Donald Trump has more classified information in his head than he does in his desk.”

Turner continued to try to tamp down concern, arguing the classified material may not have been “truly classified,” and that it maybe even could have been something “you could find on your own phone.”

Turner: There are a number of things that are classified that fall under the umbrella of nuclear weapons but that are not necessarily things that are truly classified. Many of them you can find on your own phone pic.twitter.com/N950GqWhJ4

Rep. Chris Stewart (R-Utah) added that the information may have had something to do with aliens.

This is the best Republicans have been able to muster since the news about the nuclear nature of the search broke on Thursday. Republicans on the House Judiciary Committee could only manage to complain about the fact that the information had allegedly been leaked. The ranking Republican on the committee, Ohio’s Jim Jordan, has as of Friday morning only been tweeting about Democrats and taxes. Same goes for Rep. Marjorie Taylor Greene (R-Ga.) and other Trump-loving members of Congress who blew their tops on Monday after Trump announced the raid.

The countless right-wing commentators who raged after the raid on Monday have been pretty quiet, too, as Ron Filipkowski, who tracks right-wing social activity on social media, pointed out Thursday night.

Since most of my right wing friends are so quiet tonight, I will just repost my screen shot thread of Republican reactions the night of the search. Drama, drama, drama. https://t.co/Ih8SiaAIPu

Fox News hasn’t done much better. The network’s primetime lineup, like Republicans in Congress, mostly recycled talking point about the Justice Department’s aggression. Laura Ingraham, like Turner on Friday, argued that the nuclear documents in question could “be anything,” including a “printout from the nuclear regulatory agency” or even simply “an email.”

It is true that the Post’s report did not include any details about what kind of documents the FBI was targeting, but the urgency of the search indicates it probably wasn’t something so innocuous. David Laufman, a former chief of the Justice Department’s counterintelligence division, told the Post that the speed at which the warrant was executed indicates that the “material residing unlawfully at Mar-a-Lago may have been classified at the highest classification level.”

Ingraham: That could mean anything right? That could be a printout from the nuclear regulatory agency or the DOE. It could be an email, whatever. pic.twitter.com/KsKY0mJ7v8

Trump has denied the Post‘s report, writing on Friday that it’s simply another “hoax” while suggesting the FBI may have “planted” evidence at Mar-a-Lago. If this was indeed the case, one would think Trump’s own lawyer would be a little more confident that there were no nuclear documents at Mar-a-Lago. No such luck: Christina Bobb Thursday night she stumbled her way through an interview with Ingraham.

“Is it your understand that there were not documents related to our nuclear capabilities or nuclear issues that had national security implications in the president’s possession when the agents showed up at Mar-a-Lago?” Ingraham asked.

“I don’t believe there were,” Bobb answered.

“Do you know for a fact?” Ingraham asked. “Have you spoken to the president about it?”

She didn’t and she hadn’t.