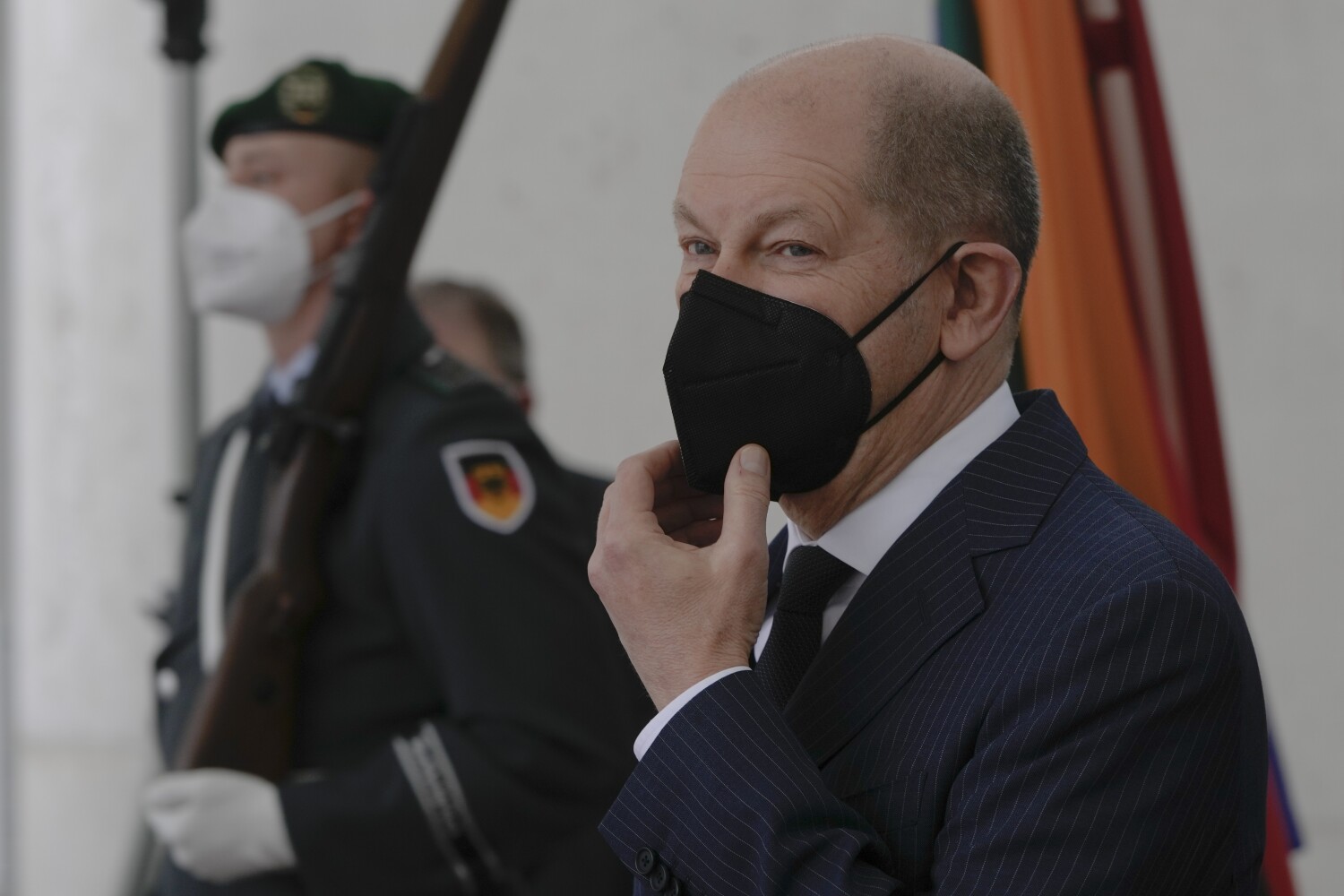 The U.S. and its European allies agreed Saturday to bar some Russian banks from the SWIFT international network and to sanction the country’s central bank, ratcheting up the West’s response to Moscow’s intensifying and unprovoked war against Ukraine.

“Russia’s war represents an assault on fundamental international rules and norms that have prevailed since the Second World War, which we are committed to defending. We will hold Russia to account and collectively ensure that this war is a strategic failure” for President Vladimir Putin, the U.S. and European allies wrote in a joint statement that outlined the new measures.

“As Russian forces unleash their assault on Kyiv and other Ukrainian cities,” they added, “we are resolved to continue imposing costs on Russia that will further isolate Russia from the international financial system and our economies.”

Coming on the heels of sanctions imposed last week against several Russian banks, wealthy individuals and Putin himself, Saturday’s actions underscored how unified the world’s most powerful democracies remain in response to Russian aggression.

Amid a swelling tide of global outrage over the invasion, there was no mistaking the growing conviction among NATO allies to punish Putin, despite the heightened risk of provoking a retaliatory response from Moscow.

Ukraine’s leaders had been pushing for Western nations to block the access of Russian banks to SWIFT, the Society for Worldwide Interbank Financial Telecommunication, a secure international messaging network used by more than 11,000 banks around the world.

Ukrainian President Volodymyr Zelensky, in a video posted online, thanked the U.S. and Europe for going further in punishing Russia.

“Our diplomats fought around the clock to inspire all European countries to agree on a strong and fair decision to disconnect Russia from the international interbanking network. We also have this victory,” Zelensky said. “This is billions and billions of losses for Russia — a tangible price for this vile invasion of our country…. Ukraine won the attention of the entire civilized world. And the practical result? Here it is — SWIFT … disconnecting from global financial civilization.”

Zelensky, whose call to arms and refusal to flee his capital have roused his country and the world, vowed in the video that “we will fight as long as it takes to liberate the country.”

President Biden said on Friday that some European nations weren’t ready to bar Moscow from SWIFT, explaining why the U.S. and its allies hadn’t yet taken that step, one that analysts have said could prove devastating to the Russian economy.

But as the Kremlin’s missiles and tanks continued to pummel Ukraine’s capital, Kyiv, and other areas of the country on Saturday, their position clearly had shifted.

The move “will ensure that these banks are disconnected from the international financial system and harm their ability to operate globally,” according to the statement issued by the leaders of the U.S., the European Commission, France, Germany, Italy, the United Kingdom and Canada.

A senior White House official, briefing reporters on the condition of anonymity, said the banning of select Russian banks from the SWIFT network had not been finalized. The banks already sanctioned in recent days are likely candidates, but the ultimate decision will come from Europe, as SWIFT is under Belgian jurisdiction. But the impact, the official said, will be “chilling.”

“In all likelihood, most banks around the world will simply stop transacting altogether with Russian banks that are removed from SWIFT,” the official said.

Additionally, the leaders committed “to imposing restrictive measures that will prevent the Russian central bank from deploying its international reserves in ways that undermine the impact of our sanctions.”

Specifically, the move will prevent Moscow from shoring up its currency by not allowing it to tap into its more than $600 billion in foreign reserves.

“Without being able to buy the ruble from Western financial institutions,” the official said, “Putin’s central bank will lose the ability to offset the impact of our sanctions. The ruble will fall even further, inflation will spike and the central bank will be left defenseless.”

Summing up the West’s response thus far, the senior administration official declared that “Russia has become a global, economic and financial pariah.”

There is little precedent for such a move, which is a major escalation of the West’s economic pressure campaign against Putin.

The U.S. and its allies, in their joint statement Saturday, also vowed to limit the ability of wealthy Russians with ties to Putin’s government to buy citizenship in other countries — obtaining so-called golden passports — and to access their financial systems.

The Western leaders also announced the creation of a task force to oversee the implementation of the new sanctions.

The goal of the task force, the senior official said, would be to “hunt down the physical assets of sanctioned Russian companies and oligarchs, their yachts, jets, fancy cars and luxury homes.”