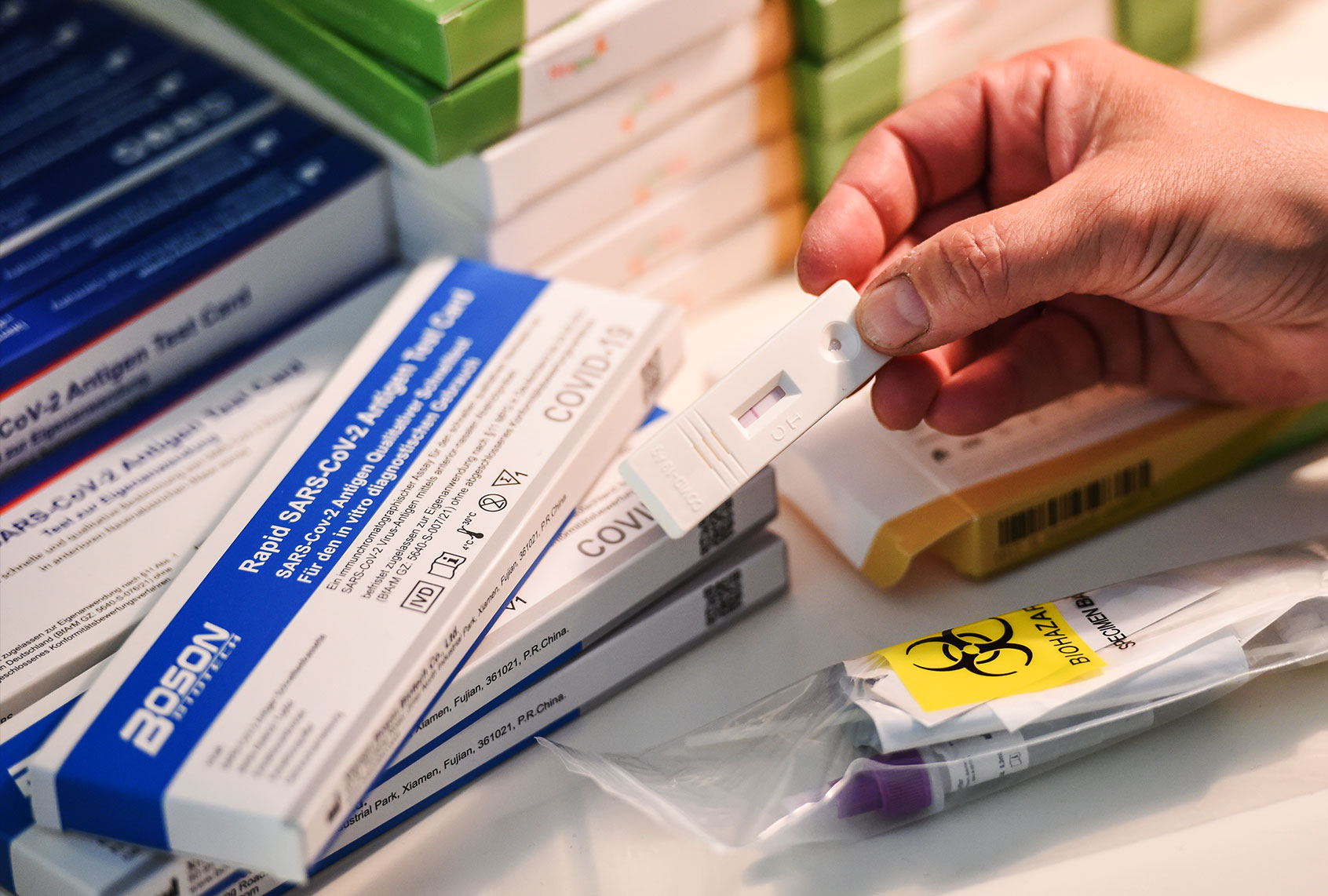 633
SHARES
1.4k
VIEWS
Share on TwitterShare on Facebook
Walmart and Kroger are raising the prices of at-home COVID-19 tests following the expiration of a temporary deal with the White House to sell the kits “at cost.” Meanwhile,  the Biden administration said Monday, private insurers will be required to cover the cost of up to eight at-home coronavirus rapid tests per person per month.

The low-cost deal, first established back in September, officially came to an end last month, allowing mega-retailers, including Amazon, to set their own prices. The tests were originally priced at $24 with Amazon and $14 with Walmart and Kroger. But on Tuesday, reported NBC News, the BinaxNOW test kit – one of the first at-home rapid antigen tests to be authorized for use – was priced at $19.88. Kroger’s, meanwhile, was listed at $23.99.

According to The Wall Street Journal, pharmacies chains like CVS Health Corp. and Walgreens Boots-Alliance Inc. have been selling the tests for $23.99.

A Kroger spokesperson said that the company had “fulfilled [its] commitment to the Biden administration to sell” the tests “at cost for 100 days.”

The expiration of the White House agreement comes amid an unprecedented upsurge in U.S. coronavirus cases stemming from recent emergence of the omicron variant, first identified in the U.S. on December 1. Last week, the U.S. saw a record single-day number of new COVID cases, totaling one million, according to John Hopkins University. On Saturday, the New York Times reported that nearly 120,000 Americans are currently hospitalized as a result of the virus.

On Wednesday, White House Press Secretary Jenn Psaki eschewed questioning around whether the expired agreement would be reinstated.

“I’m not going to get into details of our private conversations with these providers,” Psaki said. “Our focus is, of course, ensuring that we are increasing access and access to free tests to people across the country.”

Still, aside from pricing, millions of Americans continue to struggle finding tests to begin with. Last week, test sellers told NBC News that they are facing a “tsunami of demand” that as cases continue to skyrocket.

Abbott, which manufactures BinaxNOW kits, echoed that the company is similarly reckoning with “unprecedented demand.”

“We’re sending them out as fast as we can make them,” said company spokesman John Koval. “This includes running our U.S. manufacturing facilities 24/7, hiring more workers and investing in automation.”

The White House has said that it plans to ship 500 million free at-home COVID tests to Americans via the Postal Service and has reportedly finalized contracts for their production. “We are actively finalizing the details of the distribution mechanism, including a website as we’ve talked about,” deputy press secretary Karine Jean-Pierre told reporters on Friday.

Dr. Eric Feigl-Ding, a senior fellow at the Federation of American Scientists, told the Journal that if prices climb too high, Americans will disincentivize people from using them.

“When the prices are that high, people will rationalize not using a kit. They’ll wait until they’re sick or need it for school or something,” he said. “The problem with this pricing, besides creating a lack of access, is that it creates a perverse incentive for people not to use them.”