A Diversity of Terrible Bosses 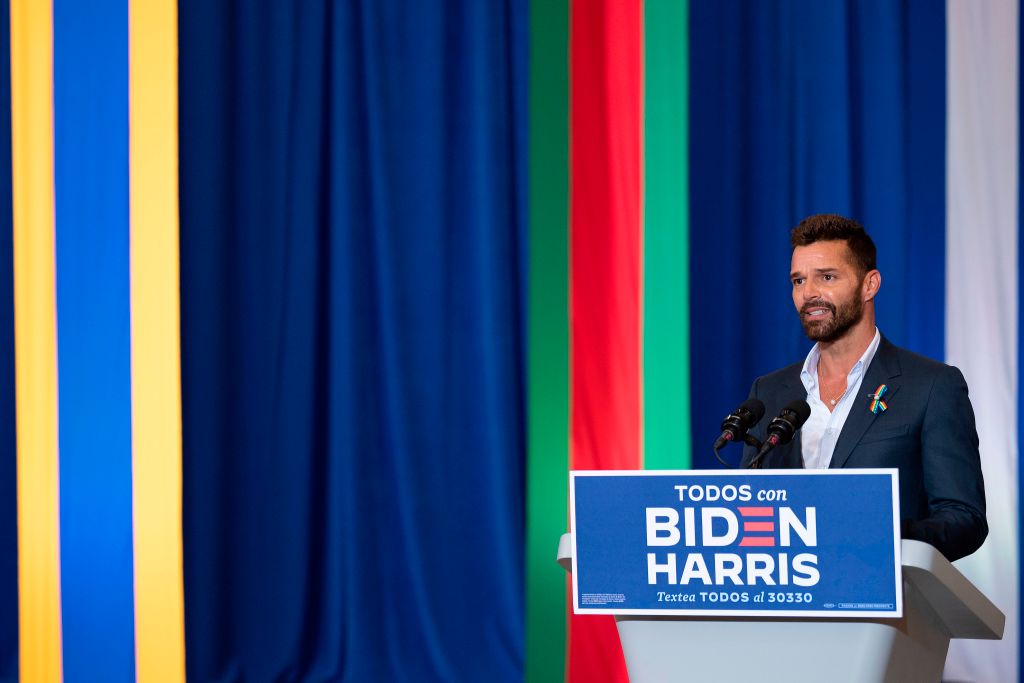 A Diversity of Terrible Bosses

A visual feature recently assembled by The New York Times reveals in stark detail the dearth of people of color, in the year 2020, in the country’s halls of power. Of the 24 people in the Trump administration, only three aren’t white. Only six of the top 25 companies in the United States are led by people of color; among the presidents of the top 25 universities, all but one is white. Over in publishing, things are worse: The editors in chief of the 10 most-read magazines are all white, as are the heads of the five largest book publishers.

But Corporate America is, if anything, highly attuned to which way the wind is blowing. As a result of the nationwide protests over police brutality and the ongoing tension between the radical demands of activists and the push by moderates to restore the status quo, a number of companies have pledged to rectify racial disparities across their leadership.

Reddit’s Alexis Ohanian, for instance, stepped down from his post in June and encouraged the company to replace him with a Black executive. Companies like Wells Fargo, Delta Airlines, and Ralph Lauren have also recently pledged to institute quotas to boost racial diversity within their leadership. “We know that we can be a force for change across this country,” Wells Fargo CEO Charlie Scharf said in a statement about the new diversity measures. (The company was arguably a force for change of a different kind a little over a decade ago, when its practice of selling off subprime mortgages helped set into motion the 2008 financial crisis, which cost a disproportionate number of Black and Latinx families their homes.)

But the goal of these profit-driven enterprises and others is ultimately the protection of a bottom line, and a swift change-up of the demographics of their ranks at the very top is the type of reform that never seems to go very far at all. So in the place of actual change, we instead get a diversity of bad bosses, or good bosses running bad companies. Then we end up back where we started, which is the entire exercise for these firms.

We’ve been here before: In the wake of the 2017 #MeToo movement, which ignited a public reckoning over the pervasiveness of sexual violence in the workplace, a number of companies rushed to demonstrate their feminist bona bides by hiring or promoting more women into leadership. (A 2018 feature in Elle, titled “The Replacements,” celebrated the new crop of women leaders taking over high-powered positions once occupied by predatory men.) #MeToo, which was composed of what often felt like a series of parallel developments emerging from the work of victims, journalists, organizers, celebrities, and legal funds, managed to oust a number of serial abusers and elevate more women to leadership positions across several white-collar and creative fields.

But one trenchant criticism at the time was that workplace sexual harassment and assault were far more common in low-wage sectors that never quite became the focus of the movement. In other words, the rise of a new cohort of women bosses, particularly in prestige industries like media and Hollywood, didn’t do much for the women working outside those rarefied fields. Despite an increase in public awareness, in the absence of any significant workplace legislation (or adequate enforcement of existing laws) since 2017, sexual harassment has continued largely unabated within precarious “pink-collar” occupations, including cleaning and home care work.

And just as the post-#MeToo influx of women leaders in prestigious organizations failed to change much for the majority of working women, it follows that a new reshuffling among what the Times calls the “faces of power,” though well-intentioned, won’t be sufficient to address the kinds of workplace issues that affect far more workers of color than those eligible for the C-suite.

Why would it be? Installing a fresh set of leaders often seems like a progressive move, particularly when the newcomers don’t much resemble the old guard, but in the end, the institutions themselves stay largely untouched.

Take, for example, the many companies that have long had women and executives of color at the helm. The presence of women leaders hasn’t, on its own, made workplaces any more hospitable for the women who work under them. There was plenty of evidence of that even prior to #MeToo, perhaps most notably the allegations of abusive work environments at NastyGal, the creation of so-called #GirlBoss Sophia Amoruso, and Thinx, led by self-styled “She-E-O” Miki Agrawal. Likewise, earlier this year at the Planned Parenthood of Greater New York, staff members spoke out against a woman president who, they claimed, had fostered a toxic work environment despite the organization’s stated progressive values. That same dynamic has surfaced again as Black and other workers of color at other women-led companies—including Glossier, Refinery29, and the Wing—have protested against persistent mistreatment and racism in those offices. (Refinery29 editor Christine Barberich and former Wing CEO Audrey Gelman have since stepped down.)

Earlier this year, a group of Black women working at Essence magazine released an anonymous statement alleging widespread mistreatment and abuse. “Essence’s C-suite leadership team strategically tells the market it ‘serves Black women deeply’ under the safe seal of 100 percent Black ownership,” they wrote, “but for the Black women who make up over 80 percent of the company’s workforce, they are systematically suppressed by pay inequity, sexual harassment, corporate bullying, intimidation, colorism and classism.” (The managers named in the statement have all since stepped down.)

There isn’t anything about diverse company leadership that fundamentally alters the power imbalance between the employer and employee (or, in the case of, say, Wells Fargo, the way that such companies exploit the working class).

So what actually makes workplaces better for employees, particularly women workers and workers of color who experience racism and sexism on the job? The time-tested, if perhaps unexciting, answer is unions. As the Urban Institute noted last year, unions help close pay disparities between white workers and black workers; according to the Economic Policy Institute, they similarly reduce the pay gap between men and women. (At least one new study also suggests that unions additionally lower prejudice among white workers.) Like anything else, unions aren’t a magic fix for every conceivable workplace ill (and they’re sadly too few and far between after years of attacks from the right), but compared to tinkering with the demographics of the C-suite, unions win every time when it comes to improving working conditions for the majority of employees in a given workplace.

Calls to diversify the topmost echelons of society perhaps play well in the pages of The New York Times, which occupies a rather elite position itself. But while those efforts might look like justice to some, when it comes to the workplace, the conditions that affect the vast majority of workers of color—pay and benefits, workplace safety, and paid leave, among other concerns—aren’t resolved through diverse leadership unless accompanied by structural changes that actually materially improve workers’ lives.  A new stable of managers and executives is still just that. 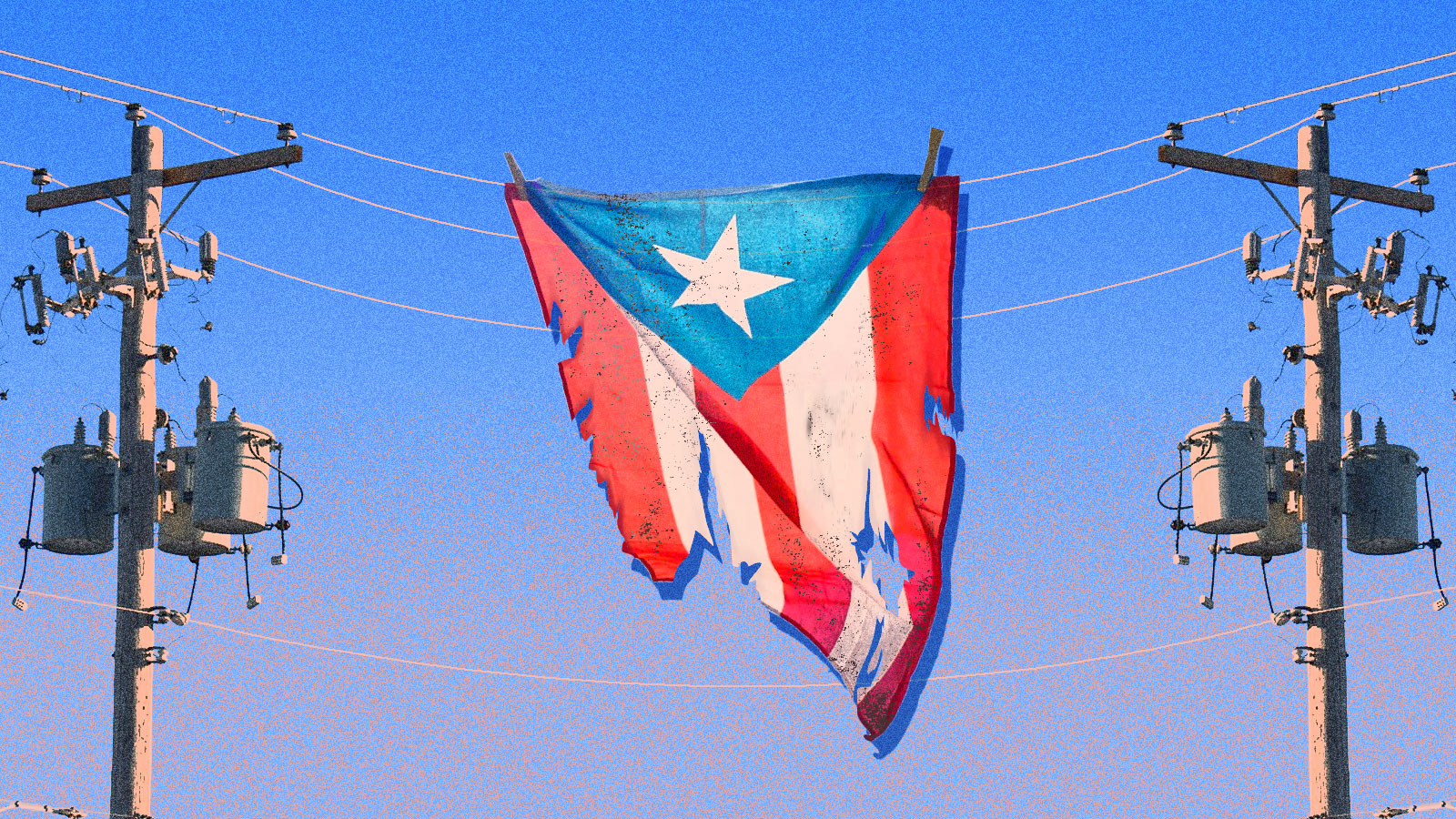 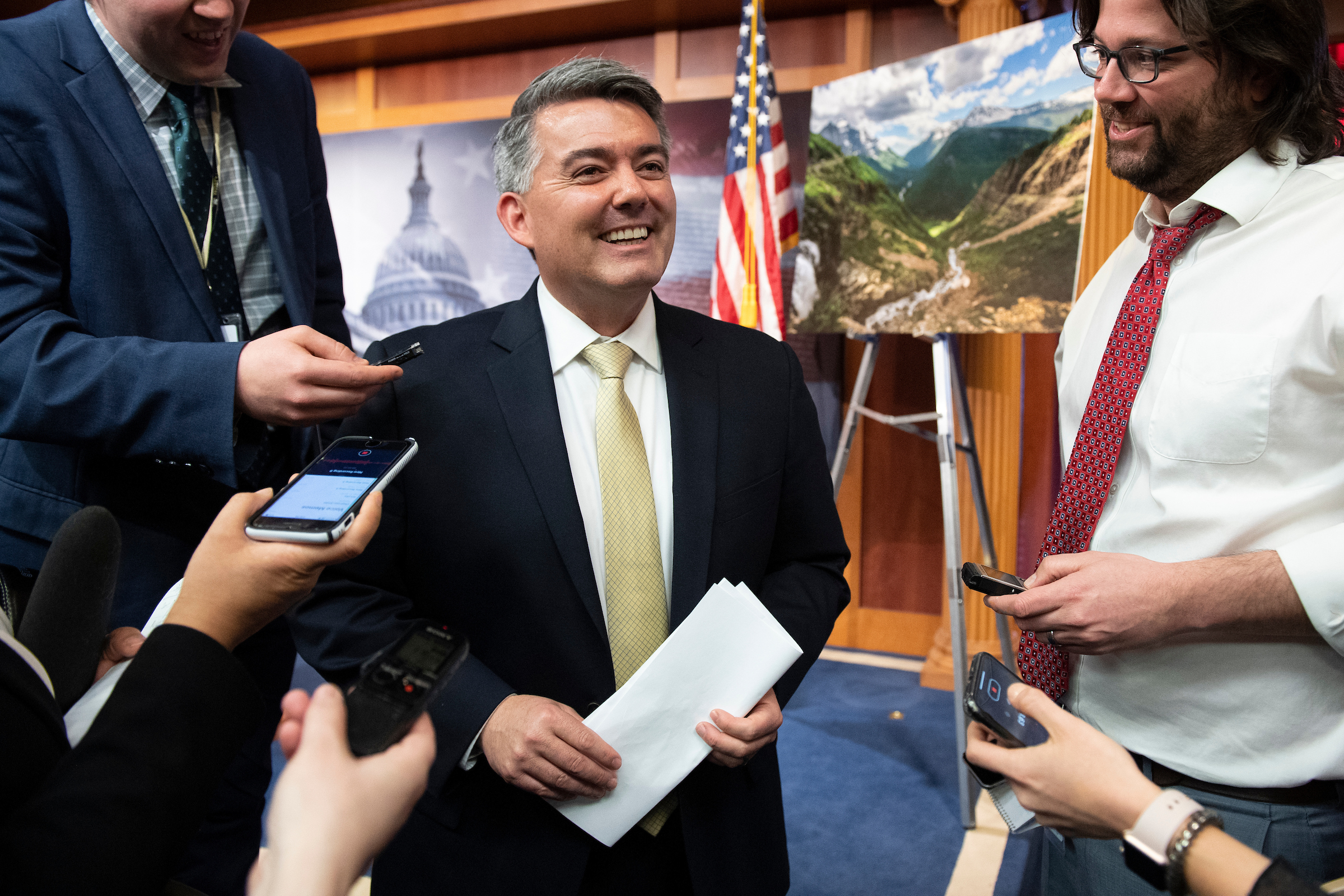 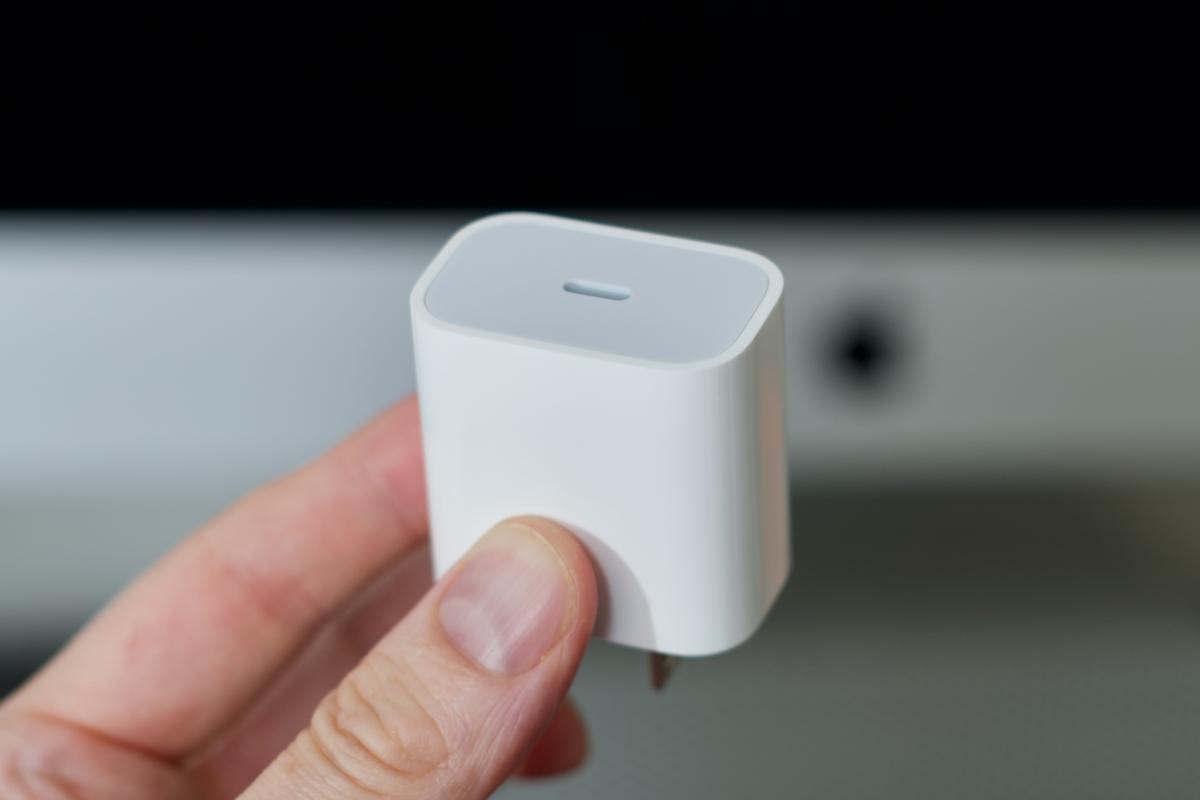 Free power adapters are going away, and that’s OK 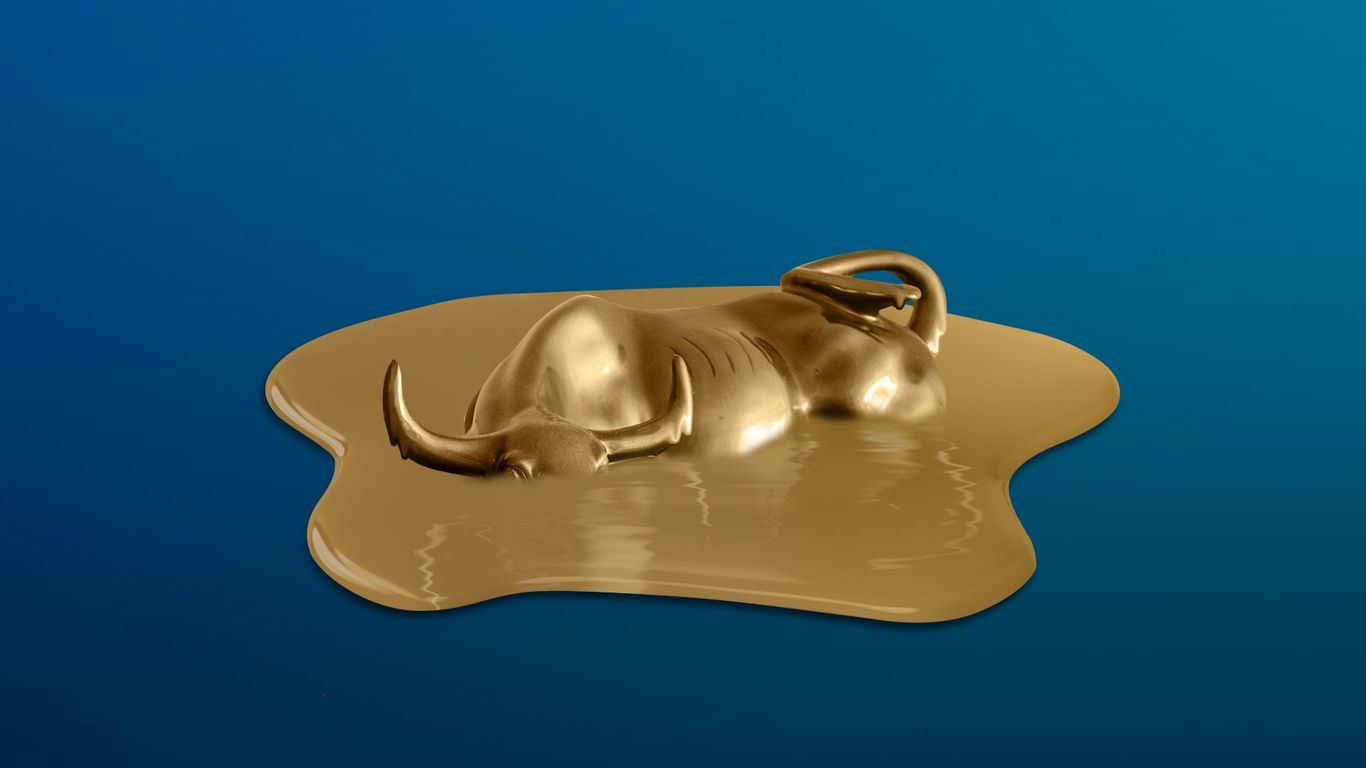 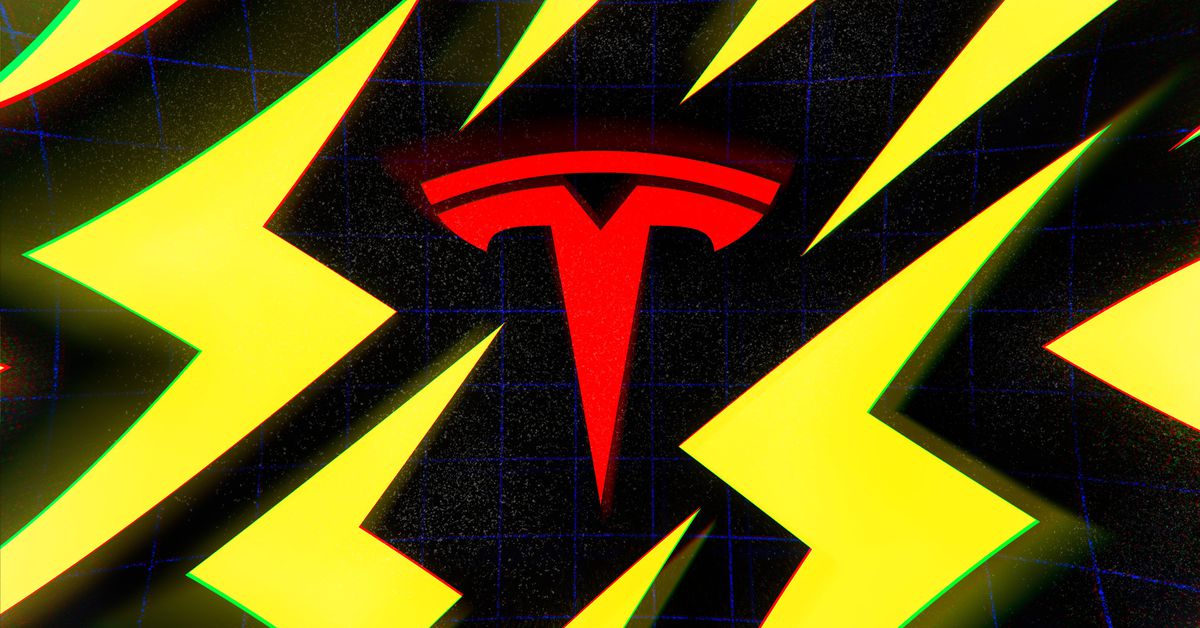