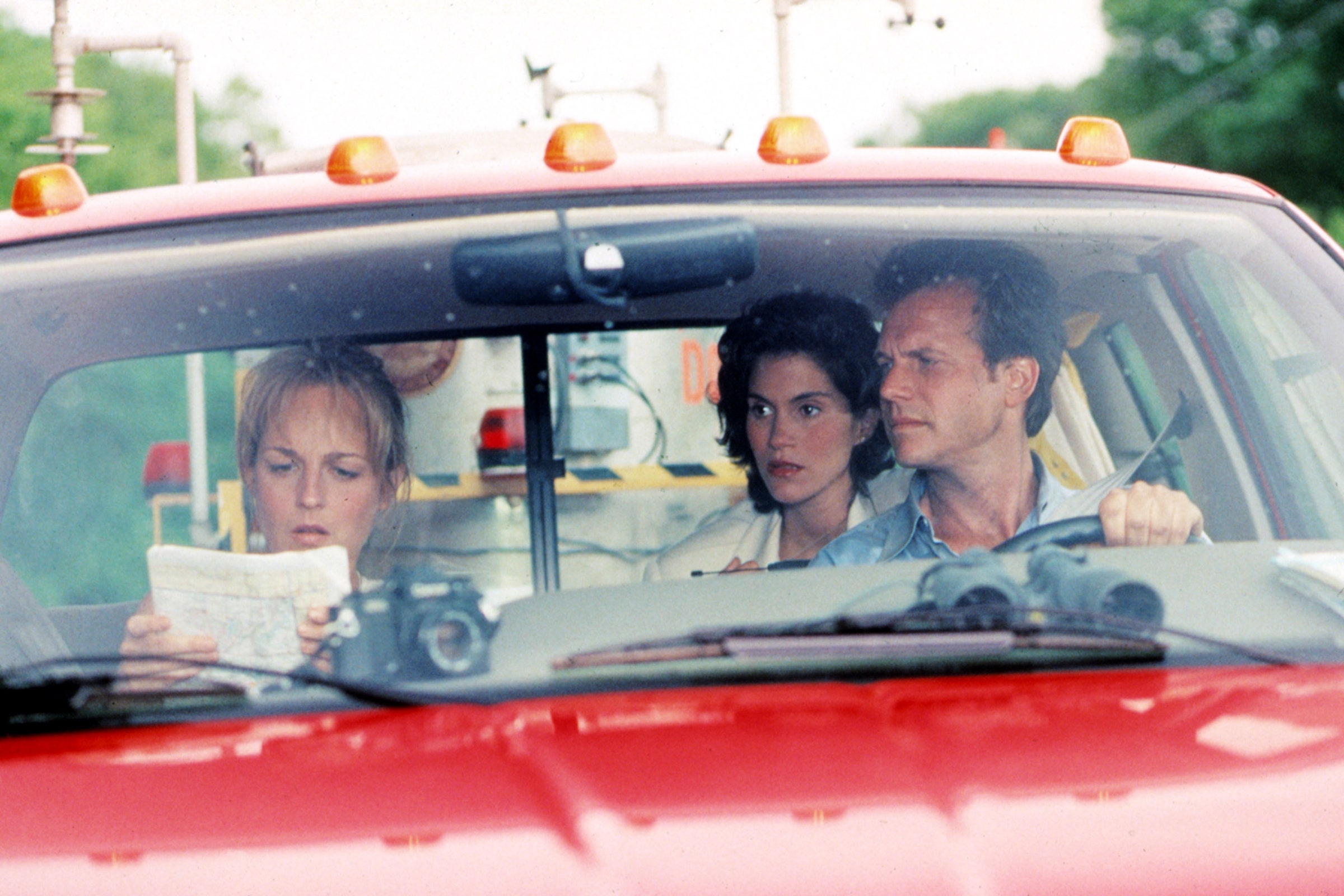 A Summer Without Blockbusters

A Summer Without Blockbusters

The 1996 action movie Twister is having what we call in the business A Moment. In June, rumors started to (ahem) swirl that it might be getting a reboot. Then, earlier this month, Esquire declared that the film—about a group of tornado-chasing scientists traipsing across the Midwest—was “the most American movie you can watch on the Fourth of July.” Last week, New York magazine’s Vulture named it “the perfect ‘90s disaster flick.” The attention is well-deserved, of course—director Jan de Bont’s movie is as perfect as Helen Hunt’s wind-swept hair—but their timing is curious. Why talk about a 24-year-old movie now, when you could talk about it next summer, which will be its quarter-century anniversary? Or, really, any other time?

A theory: There’s no other summer blockbusters to talk about.

As Covid-19 keeps most multiplexes closed to the public, all of the big summer movies that were supposed to come out this year have been postponed or delayed, beginning with the new James Bond flick No Time to Die and continuing on to yesterday’s report that Christopher Nolan’s next movie Tenet will be delayed for a third time. From Jaws in 1975 to Mad Max: Fury Road four decades later, every summer has had one massive movie that nearly everyone saw and proceeded to talk about. But, this year, coronavirus lockdowns are shifting the discourse around the summer blockbuster, changing how we’ll remember the culturally significant events of 2020. And perhaps how we’ll remember those milestones for years to come.

Quite frankly, this might be a good thing. Right now, Hollywood is (ahem) reeling due to the ramifications of Covid-19. Studios can’t—or at least don’t want to—release movies when theaters are mostly closed. They’re also only just now finding a way to make movies during a pandemic when no one can be less than six feet apart. The impacts, and ripple effects, are likely to be huge. But at the same time, the pressure and predictability of Summer Blockbuster Season has gotten a bit stale. Every year, studios trot out flashy, bold-faced names and big superhero pictures in the hopes of breaking box office records, and every year—at least every year for the last few—it’s yielded diminishing returns. Fury Road in 2015 was, undeniably, a juggernaut: smart, beautiful, pure audio-visual adrenaline. Since then, there’s been Wonder Woman (solid), X-Men: Apocalypse (uh…), Toy Story 4 (OK, sure), Suicide Squad (Margot Robbie was good in that), Solo: A Star Wars Story (don’t remind me), and, um, some other stuff? Each summer there’s been a big Marvel movie—Captain America: Civil War, for example, or Avengers: Endgame or a Spidey flick—but as good as those films were, they mostly felt like they were riding on the nostalgia fumes of the first Avengers movie in 2012. (One big exception: Black Panther.) Minus a few indie outliers, the act of going to the movies from April to August has felt obligatory rather than revelatory.

That’s OK. I’m not here to pooh-pooh anyone’s good time. But if this Summer Without Blockbusters teaches us anything, hopefully it’s that its time to shake things up, remember the element of surprise. That’s not to say Marvel should scrap its Phase 4 plans, but it wouldn’t be the worst idea for a studio to release something unexpected in addition to the latest Fast & Furious reboot. (Sadly, this might’ve been the hole Tenet filled this summer, but now we’ll never know.)

History bears this out. The greatest summer phenomena have always been surprises. Jaws was. So, too, was its oddball distant cousin The Meg. Outside of cinema, things like Beyoncé’s Lemonade or Pokémon Go or HBO’s Sharp Objects ricochet around the public consciousness rapidly by being wildly smart and creative at a time when everything else feels rote. (See also: Fortnite in the summer of 2018.) Truth be told, it’s kind of unfortunate Beyoncé announced a release date and released trailers for her upcoming visual album Black Is King it likely would’ve caused much more of a stir if it’d just dropped fully-formed on Disney+. Hype is nice, but it gets old.

Perhaps that’s why it’s fun to talk about 24-year-old movies now. Today, Twister is one of those films that’s morphed from blockbuster to comfort food. At a time when unexpected revelations are oftentimes more bad news, its pleasures are known. (Helen Hunt chasing storms! A soundtrack with k.d. lang and Van Halen! Cows!) It’s not so much a new discovery as a reminder of a previous one. In the future, though, Hollywood would be wise to remember that at one time, a disaster movie/rom-com hybrid made nearly $500 million at the box office. It doesn’t need a reboot. It needs to be a blueprint. Summer’s true joys show up when and where you least expect them.