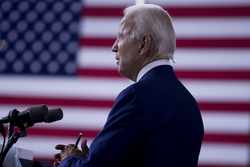 It’s difficult to overstate the importance of America’s energy renaissance. Following the dark days of the credit crisis in 2008 and 2009, breakthroughs in energy extraction, especially hydraulic fracturing, facilitated a domestic production boom responsible for almost all the net national job growth in the early years of the recovery. In addition, the national security benefits of energy independence remain immense, as America no longer languishes in a vulnerable position to often volatile energy-rich countries. This energy boom accelerated under President Trump, as his administration green-lighted pipelines, cut taxes, and reined-in regulations allowing the United States to become the world’s largest producer of crude oil and natural gas.

Trump travels to Double Eagle Energy today in Midland, Texas, to demonstrate his ongoing commitment to unleashing American energy independence and the millions of high-paying jobs it supports.

In contrast, Joe Biden reveals the radicalism of his party’s agenda with  a series of policies that would sap America’s prosperity and surrender again to a place of subservience in sourcing the energy to power our economy. Specifically, his proposed ban on fracking would cost America 5.9 million jobs, including 600,000 in Pennsylvania, according to a study from the U.S. Chamber of Commerce. Although some of Biden’s handlers try to obfuscate, the following exchange on CNN makes his plans clear:

Dana Bash: “Just to clarify, would there be any place for fossil fuels, including coal and fracking, in a Biden administration?”

Biden: “No, we would — we would work it out. We would make sure it’s eliminated and no more subsidies for either one of those, either — any fossil fuel.”

To further clarify Biden’s energy extremism, his recent concordat with Bernie Sanders and other far-left Democrats plainly promises, on the second page of that 110-page position paper, to eliminate all carbon emissions from power plants in America by 2035. While this elitist pipe dream is unattainable technologically, Biden is willing to cater to the most radical fringes of American politics in pursuit of a reckless and job-killing agenda.

That willingness to cripple the American energy revival comports with his long-standing commitment to multipolar globalism at the expense of America’s national and economic security. For decades, the U.S. remained mired in seemingly endless Mideast conflicts, engaging in nation-building in faraway lands, motivated, at least in part, by our former energy dependency.

As a senator and vice president, he aggressively supported such interventionism, consistent with his constant advocacy for the “America Everywhere” crowd of the failed Washington foreign policy establishment. Biden believed in sending U.S. jobs overseas via dreadful trade deals. He also advocated sending America’s sons and daughters of the heartland to fight in endless wars. Regarding Biden’s disastrous record on international affairs during a decades-long career in the Washington swamp, his own defense secretary, Robert Gates, declared “Biden has been wrong on nearly every major foreign policy and national security issue over the past four decades.” Looking forward, Biden’s aggressive attacks on energy would place America back into a place of energy submission and would assuredly compel military re-engagement in hostile parts of the world.

Thankfully, President Trump pursues a very different strategy. Regarding foreign policy, he honors his “America First” promises of a foreign policy of realism and restraint. Today, the U.S. is able to wind down many of its myriad commitments abroad while avoiding entanglements in the Mideast – in part because of the burgeoning domestic oil and gas fields of our land. The president embraces an America that is not merely energy independent, but actually energy dominant — a fuel superpower that provides plentiful, affordable energy to our own industries and homes, and to the world.

Steve Cortes is a RealClearPolitics contributor and a senior adviser for strategy to the Trump 2020 Campaign.