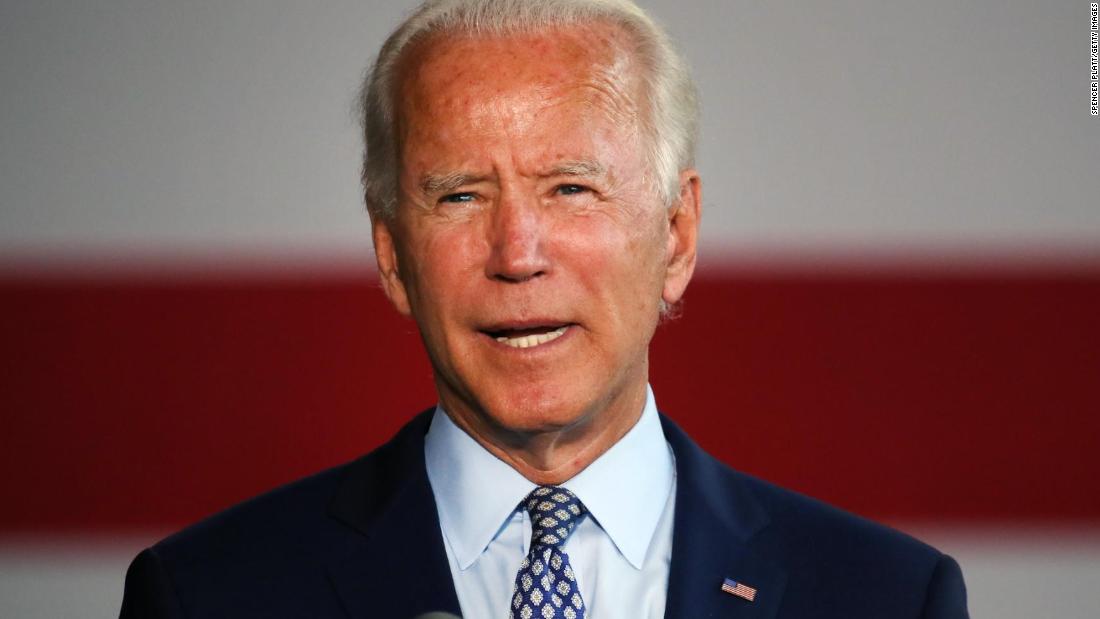 Biden could still lose this election

Biden could still lose this election

Joe Lockhart is a CNN political analyst. He was the White House press secretary from 1998-2000 in President Bill Clinton’s administration. He co-hosts the podcast “Words Matter.” The opinions expressed in this commentary are his own. View more opinion at CNN.

(CNN)The picture of every Yankee and National player kneeling for the national anthem on the long-delayed opening day of baseball highlighted just how badly President Donald Trump is losing the culture war, a war he started as his only path to getting reelected.

Doug Sosnik, one of the top political analysts in America, framed it in this colorful way: “Watching Donald Trump running for reelection is like watching an old Austin Powers movie. Both Austin and Trump walk around without a shred of self-awareness, without a clue as to how the world has changed around them. Trump is starring in a rerun of his 2016 campaign in a different country than the one that elected him president.”
The polling numbers from WSJ/NBC News, the Pew Research Center and Gallup tell the story of why Trump needs an ideological culture war to win this election. Eighty percent of Americans believe the country is out of control, 65% think the coronavirus is getting worse, only 19% of Republican voters are satisfied with the way things are going in our country, 72% of all voters believe the country is on the wrong track, Trump’s job approval can barely break 40% driven by the public dissatisfaction of his handling of the coronavirus and Joe Biden holds a steady and significant lead in all public polls.
Every quantitative signal and historical precedent points to a surefire loss for the President in November.
Now, most people looking at the numbers 99 days out, including me, made the same judgment in 2016 — Trump couldn’t win. He trailed in most public polls for the entire general election and he did lose the national popular vote, yet he was elected with a solid electoral college victory.
Just like fashion changed for Austin Powers, America and our view of Trump have changed radically since 2016. First, we have a public health crisis the likes of which we have not seen in more than 100 years. More than 147,000 Americans have died, and more than four million have been infected, according to Johns Hopkins University data.
Every American has been affected by the crisis. They’ve known people who suffered from Covid-19, they’ve lost their jobs, were unable to send their kids to school and many have had to fundamentally change their lifestyle.
The killings of George Floyd and other Black citizens have brought issues of racial justice into sharp focus with Americans flooding into the streets to protest in cities large and small around the country. In short, this campaign is about things a lot more consequential than Hillary Clinton’s emails.
Compounding the problem for Trump is that he now has a record to defend. As President he owns these problems — a public health crisis, failing economy and a thirst for social change diametrically opposed to his vision of America.
There really are only two types of campaigns. When you have a record to run on, you make it about yourself. And when your record is terrible, you make it about your opponent.
Richard Nixon made it about George McGovern in 1972, just as George Bush made it about Michael Dukakis in 1988. The public health crisis gives Trump few options to make this about Biden.
Compounding that, Trump’s pathological desire to make everything about himself and what a great and historic job he is doing, further limits this option.
And for those who are counting on an October surprise to turn the election, the surprise this time is how many people will have voted before we even get to October. The early voting in North Carolina kicks off on September 4, followed by Pennsylvania on September 14, and Michigan on September 19, and at least 10 other states, weeks before the first Presidential debate on September 29.
In 2016 and 2018, about 40% of voters cast ballots early or by mail. That’s twice the number from 20 years ago. In the face of the coronavirus pandemic and with many more states now considering mail-in ballots, this trend will likely accelerate.
Given this all of this, it’s not irrational to conclude that Trump can’t win this election. In fact, I believe he can’t. The public does not trust him to handle the problems the country faces, and they are rejecting across the board his vision of America. Nixon won the culture war in 1972. Trump’s vision of the US, rooted in 1970’s America, is doomed to failure in my opinion.
But the election is not really over for one reason — Biden can lose this election. He’s run a very effective campaign to date, but now we’re getting to crunch time as many Americans are just starting to focus on the race. To avoid a Biden loss, I believe he must do the following over the next 99 days.
With 99 days to go before election day, the race is Biden’s to win. There is nothing Trump can do at this point to win it on his own. He has to depend on Biden faltering over the next three months to get reelected. With discipline and focus, Biden will be inaugurated as the 46th President of the United States next January.