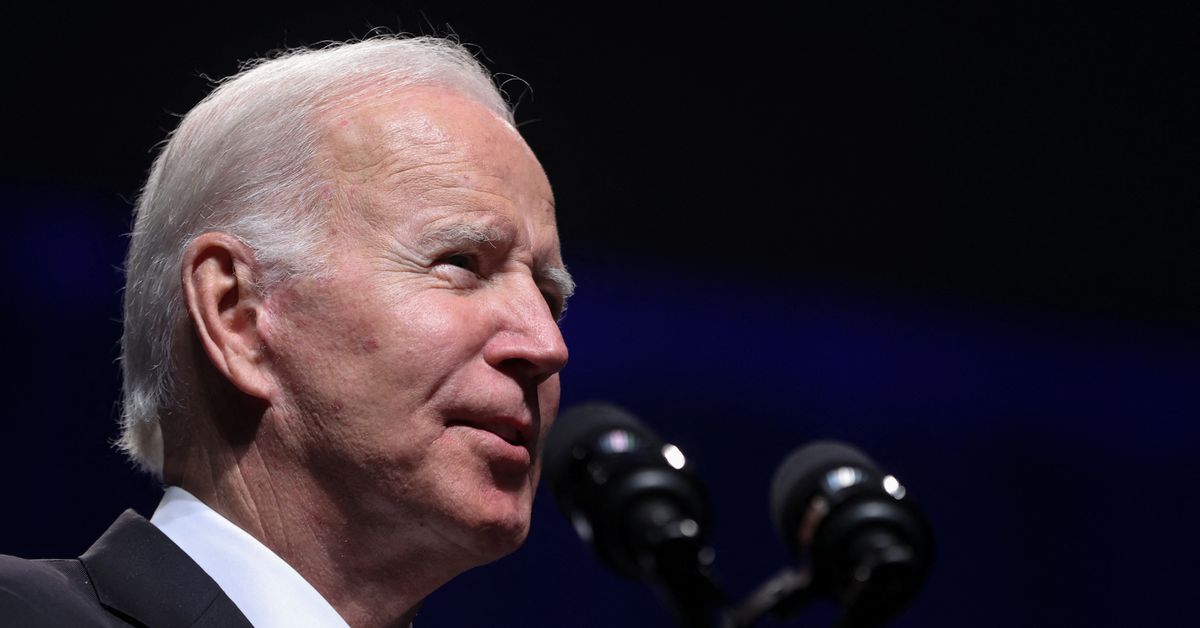 Biden to cast early vote, along with granddaughter, a first-time voter

Biden to cast early vote, along with granddaughter, a first-time voter

U.S. President Joe Biden will cast an early vote in the crucial Nov 8 midterm elections on Saturday, joined by his granddaughter Natalie, a first-time voter, as Democrats fight for every vote.

Polls suggest Democrats could lose control of both houses of Congress, with voter discontent over high inflation spoiling the momentum Democrats had hoped to win from a bitter fight with Repubicans over abortion rights.

Voter turnout – usually far lower in midterm elections than in presidential ballot years – will be a critical factor in battleground states, and Democrats are urging voters to cast their ballots early.

“Democracy is literally, not figuratively, on the ballot this year,” Biden told supporters at a $1 million Democratic fundraiser in Philadelphia on Friday, calling the election the “most important by-election in our lifetime.”
“Let’s be clear: This election is not a referendum. It’s a choice. A choice between two vastly different visions of America,” Biden said, vowing to codify the Roe v. Wade decision legalizing abortion that was overturned by the Supreme Court in June – if Democrats can increase their numbers in the Senate.

A total of 19,495,342 early votes have been cast nationwide, according the U.S. Elections Project.

Some 8.3 million voters who turned 18 since the previous general election in 2020 are eligible to vote in this year’s elections, according to the non-partisan Center for Information and Research on Civic Learning & Engagement at Tufts University.