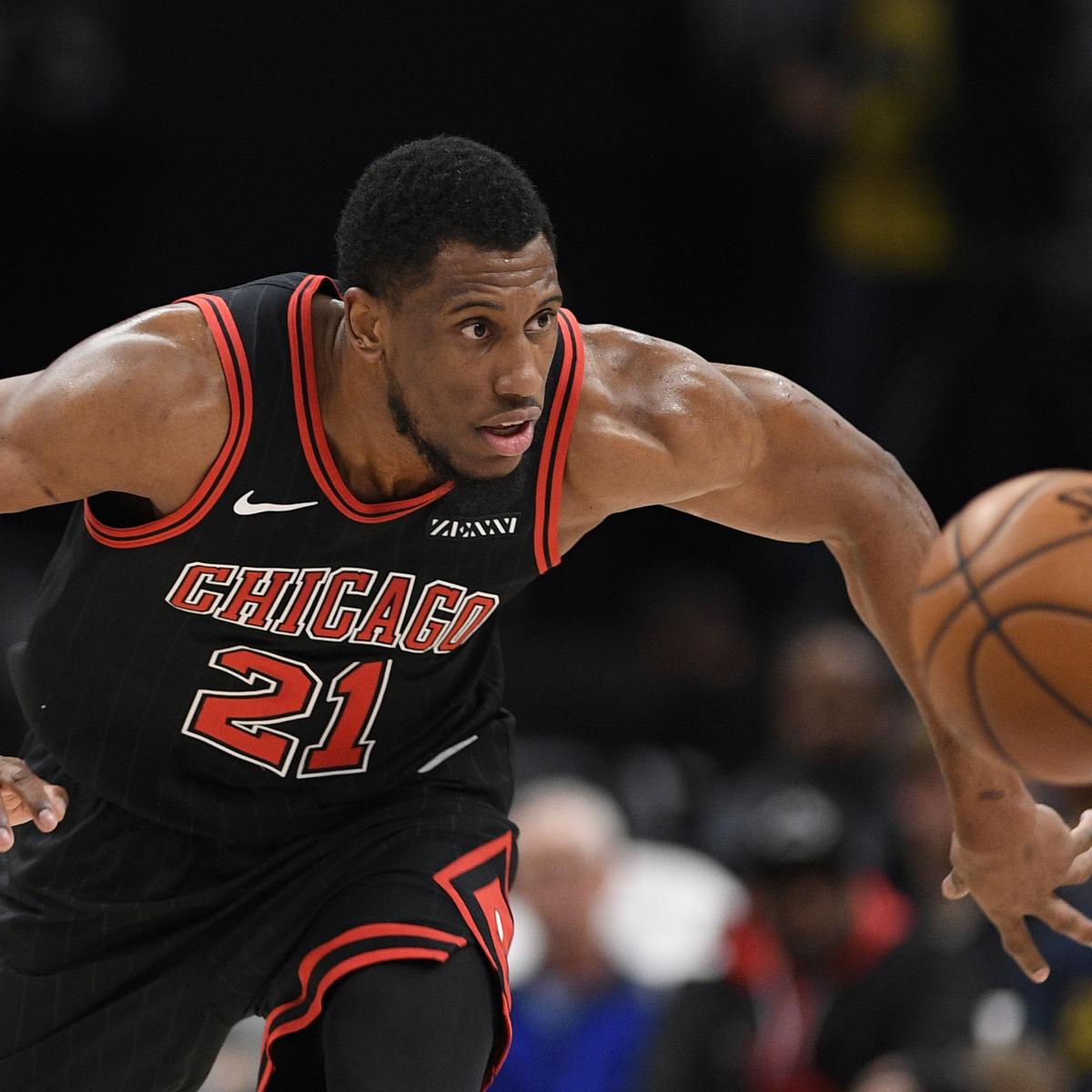 Veteran forward Thaddeus Young is reportedly the Chicago Bulls‘ top trade candidate ahead of the 2020 offseason.

According to K.C. Johnson of NBC Sports Chicago, two opposing NBA executives considered Young the “most readily available” player on the roster because Young was unhappy with his role this season, he has a partially guaranteed contract in 2021-22 and he is dependable and professional.

Prior to the suspension of the 2019-20 season because of the coronavirus pandemic, Young appeared in 64 games but made just 16 starts, and his 24.9 minutes per game marked his lowest output since his rookie season in 2007-08.

Even in a lesser role, Young was fairly productive, as he averaged 10.3 points, 4.9 rebounds, 1.8 assists and 1.4 steals per game. He also made a career-high 1.2 three-pointers per game, though he shot a career-worst 44.8 percent from the field.

Young has shot 50.0 percent or better in seven of his 13 NBA seasons, though, and he is just four years removed from arguably the best season of his career, when he averaged 15.1 points, 9.0 rebounds, 1.8 assists and 1.5 steals per game with the Brooklyn Nets.

Given what he brings to the table at each end of the floor, he comes with a reasonable contract, as he is set to make $13.5 million next season and has a partial guarantee on his $14.2 million salary in 2021-22 before becoming a free agent, per Spotrac.

Young is something of a journeyman who has spent time with the Bulls, Nets, Philadelphia 76ers, Minnesota Timberwolves and Indiana Pacers. While he hasn’t been part of any great teams, he does have 51 games of playoff basketball to his credit.

His experience and skill set would likely make him a good fit on a contending team next season, which is something the Bulls may not be after going just 22-43 this season.

SNY’s Ian Begley reported Friday that the Nets and New York Knicks are “among the teams who have been monitoring” Bulls star guard Zach LaVine, but there has been no indication the Bulls intend to trade him.

It would cost far less to land Young, and Chicago would likely be more willing to part with a veteran than a key member of its young nucleus, of which LaVine is at the center.